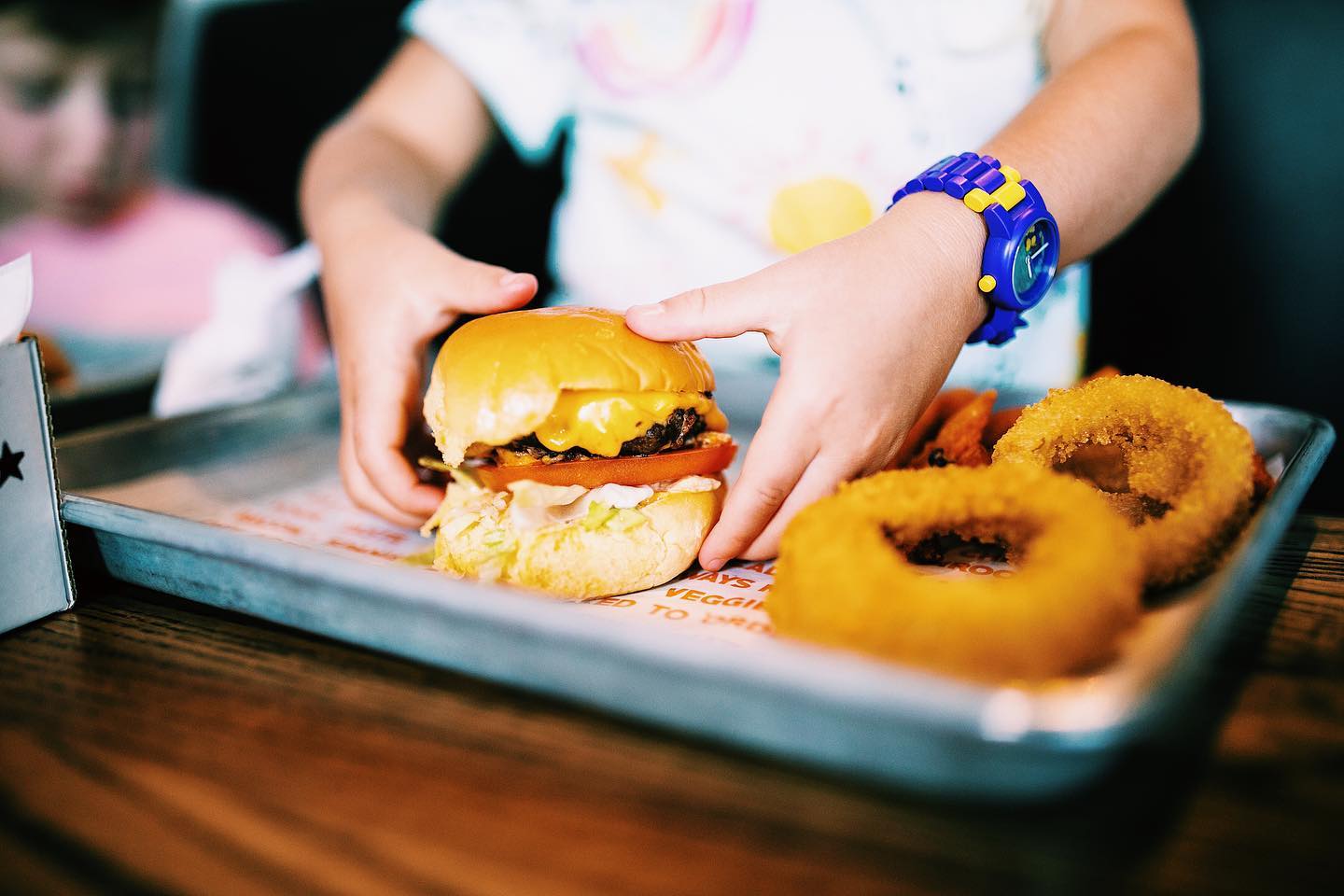 The South Riding area of Loudoun County has seen a boom recently in fast-food and fast-casual restaurants — and now two more are about to join the list.

The Burn first told you about them months ago (here and here) and now, there is major progress. Signs have gone up at baddpizza (that’s how they write it — all lowercase, all one word) and Burgerim — both in a new strip mall along Loudoun County Parkway a few blocks south of Highway 50. Work is still underway on the badd space, but the Burgerim appears to be ready to go any time now. 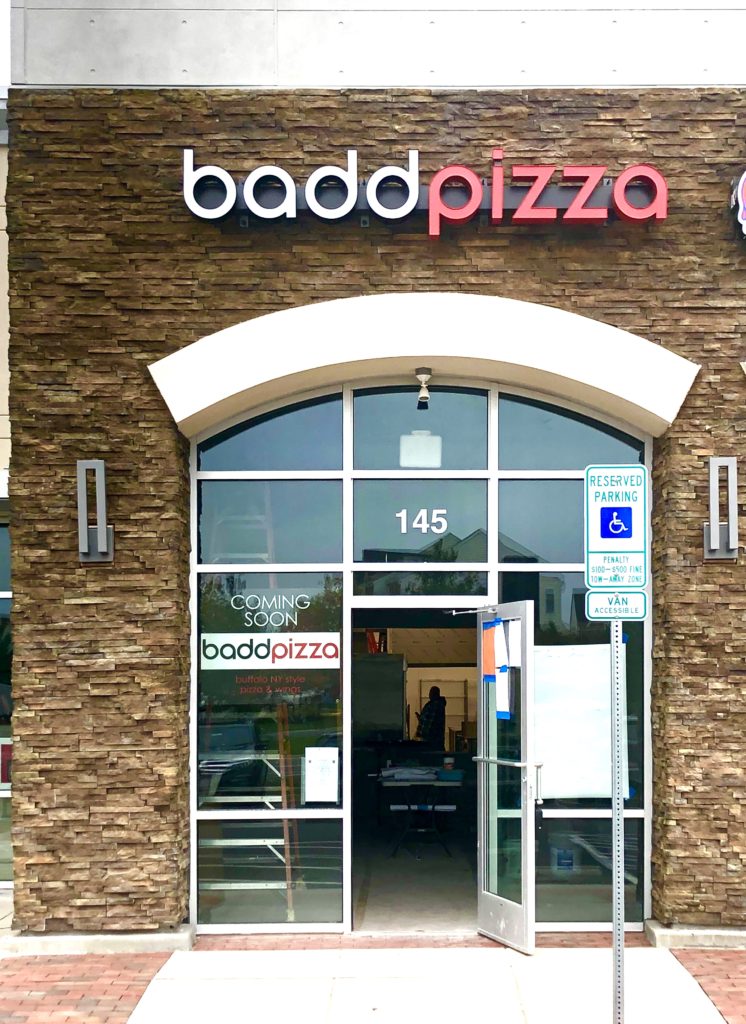 baddpizza is a brand new brand that is moving aggressively into the DC area. They are simultaneously opening the South Riding location as well as locations in Falls Church and McLean. It will be primarily delivery and carry-out, but there will be some seats for dine-in as well.

They will specialize in Buffalo NY-style pizza. This means a crust that isn’t too thick, but isn’t thin either, with a slightly sweet sauce, lots of cheese and ingredients that extend all the way to the edge of the pizza. Besides pizza, the restaurant will also serve wings, salads and subs. You can check out the baddpizza menu here. 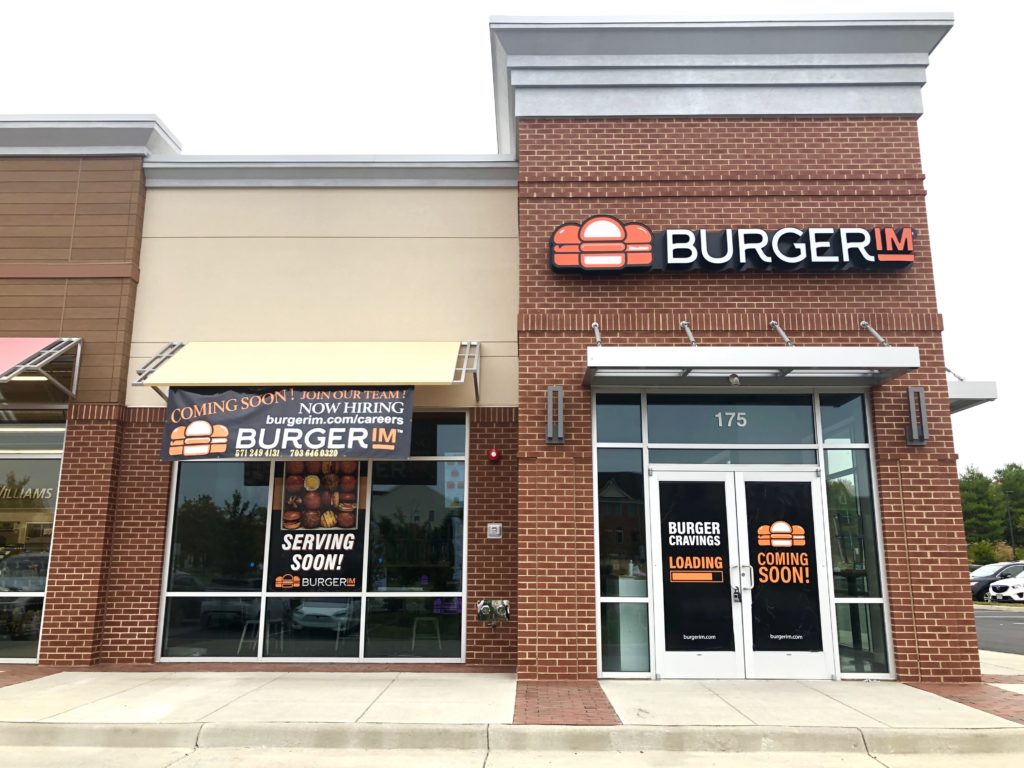 Meanwhile, Burgerim is an Israeli restaurant chain that specializes in slider-sized burgers and sandwiches as well as wings. They have exploded across the US in the past couple of years. This will be the third location in Loudoun County. There are already two in Ashburn. See the Burgerim menu here.

Besides baddpizza and Burgerim, the South Riding area has recently gotten a Royal Farms, a Zaxby’s, and a Dunkin’. Meanwhile, a Popeyes is under construction.

The folks at baddpizza say they are targeting a mid-November opening. No word yet on Burgerim, but they are actively hiring team members.

Store devoted to feet coming to Village at Leesburg