The Wooboi chicken sandwich was recently named “best” in the DC area. 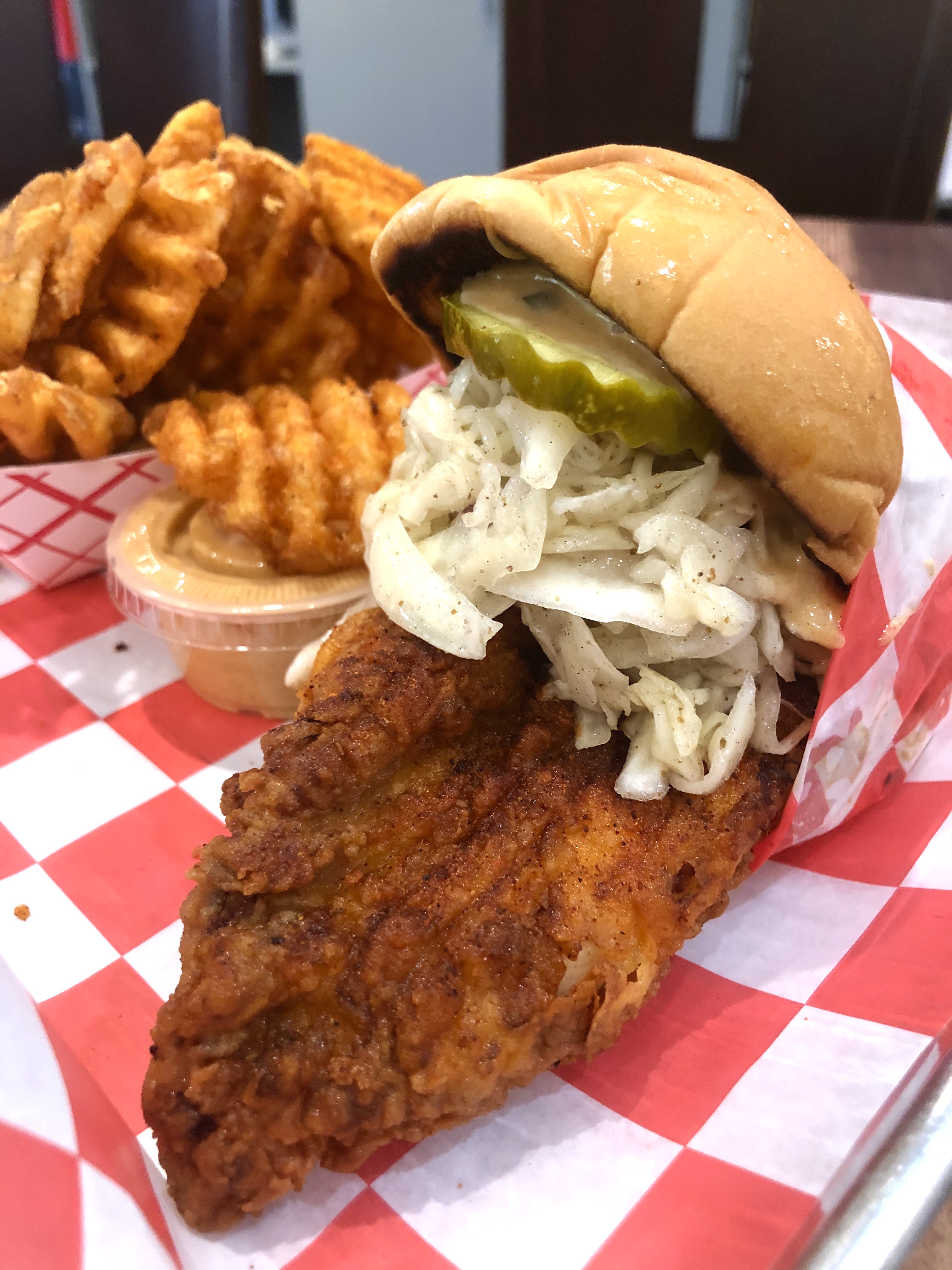 We don’t usually venture outside of Loudoun County for a story, but every once in a while, something comes along that we need to check out. The battle between Popeyes and Chick-fil-A chicken sandwiches made headlines this past summer over which one was the best in the nation.

But what if there was a local contender? 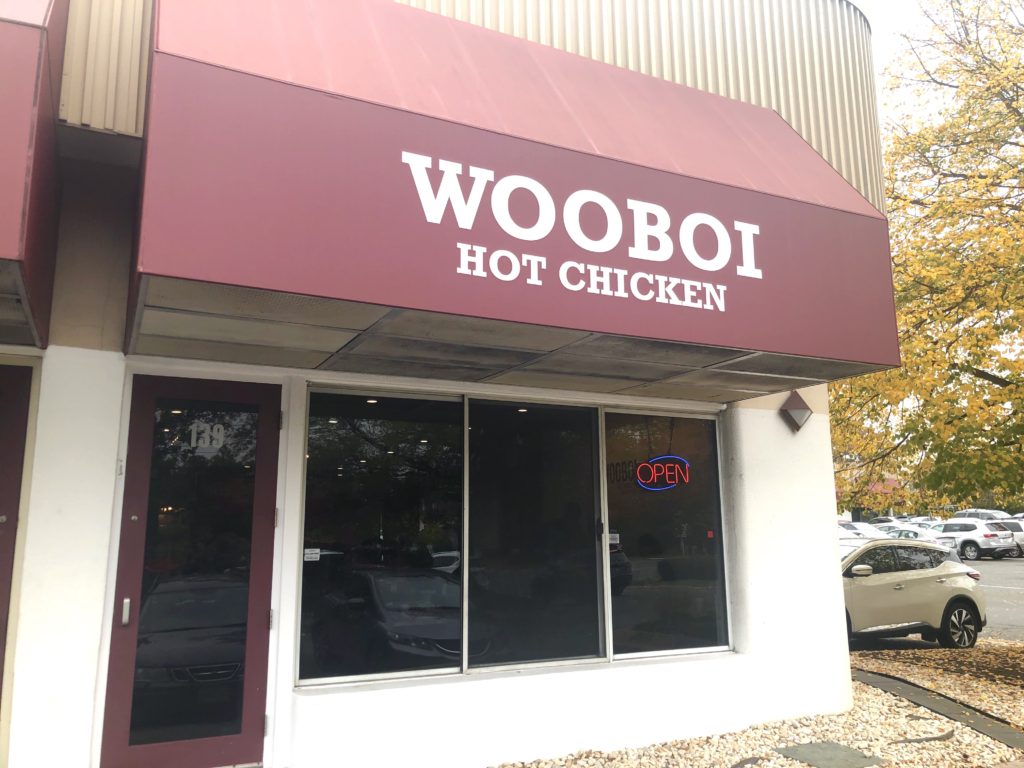 The Burn has been hearing about Wooboi Hot Chicken in Herndon for some time now. It’s been all the rage on local foodie pages on social media. But when Washingtonian Magazine recently named it as the best spicy chicken sandwich in the entire DC metro area (tied with Hot Lola’s in Arlington), we knew we had to check Wooboi out.

What we won’t do for our readers. If you want to use the word “hero,” we won’t stop you. 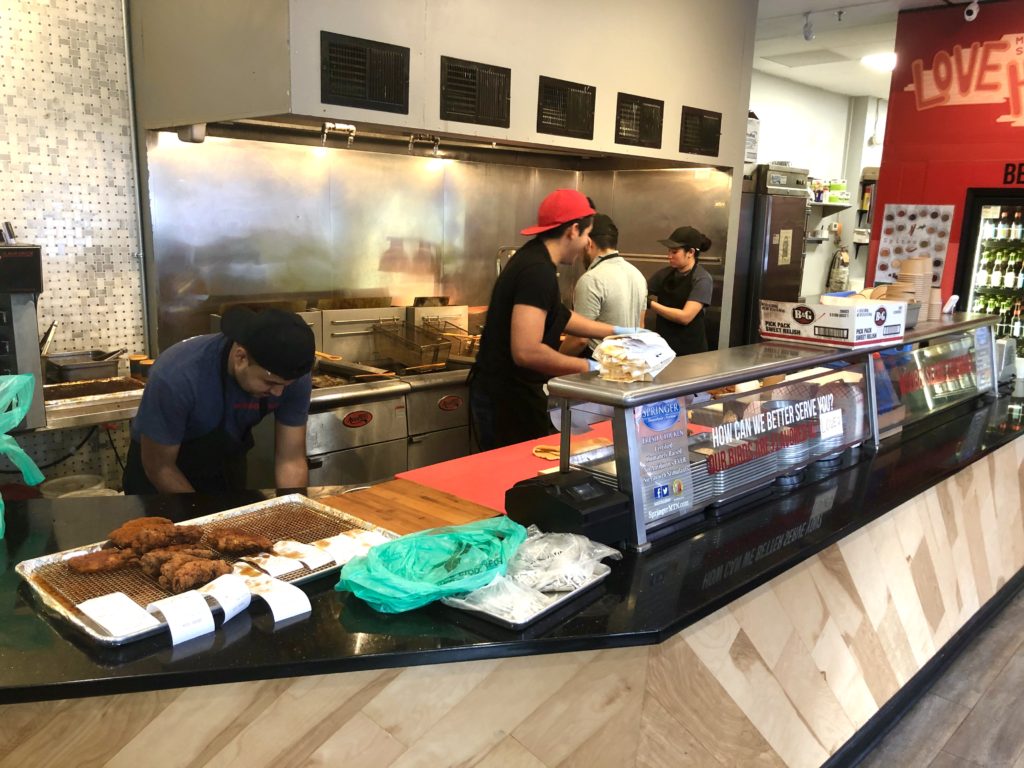 We walked in one recent weekday afternoon and immediately got a whiff of spices that made our eyes water. The warnings we had heard about the hot chicken appeared to be true.

We were there towards the end of the lunch hour. We waited for about 10 minutes to order and opted for the classic “Sando” which is a spicy chicken breast topped with “ciderslaw.” It’s apparently their most popular sandwich. We opted for Level 1 (Mild) on their spiciness scale. (Hey, this is a no judgement zone. We had an event to attend that evening and couldn’t take chances.) 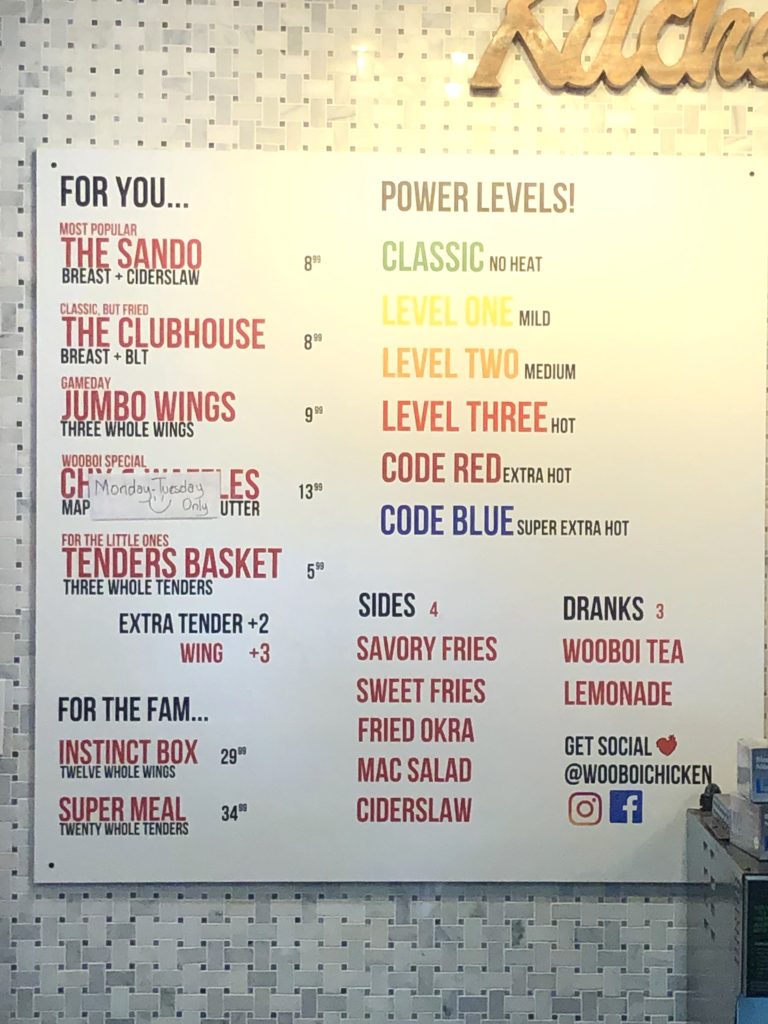 We eavesdropped on two of our fellow diners as their faces turned red, they wiped their brows and chugged water. And it turns out they were only having Level 3 (hot) sandwiches. The woman said the one time she tried Code Blue, she couldn’t talk while eating and for some time afterwards.

After a 20+ minute wait for our food, we ended up throughly enjoying it. The Sando sandwich was delicious, the Level 1 was only lightly spicy. The ciderslaw was a fine cooling element and the savory waffle fries were excellent, as was the delicious dipping sauce. 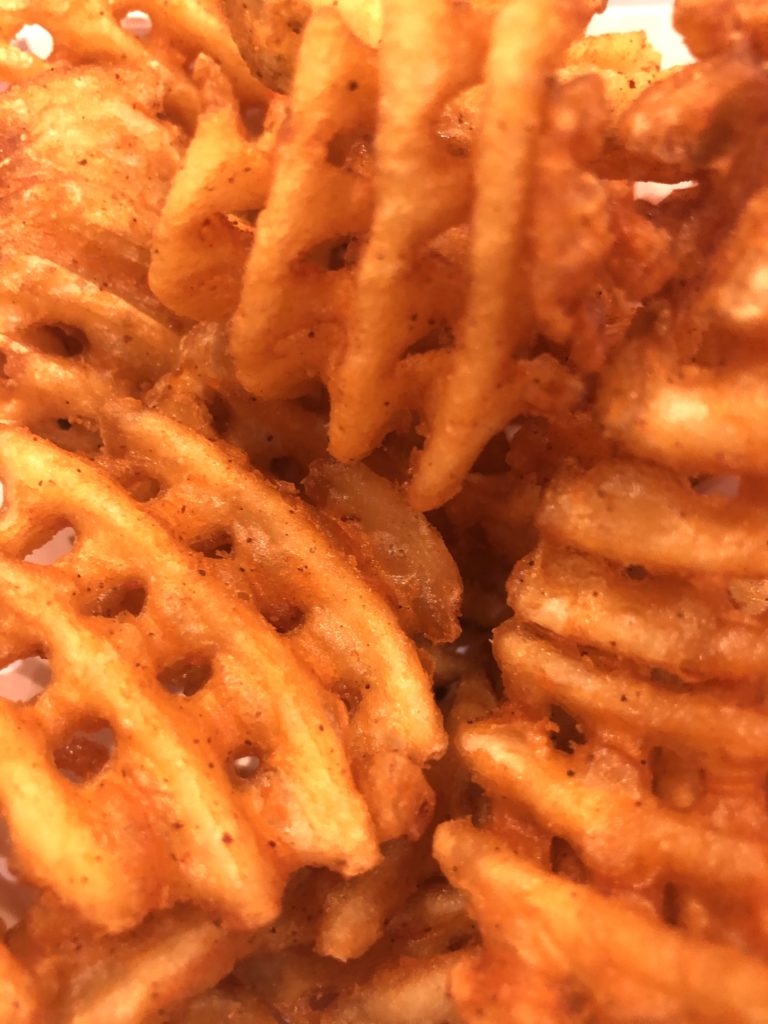 Despite our best efforts, we haven’t been able to get our hands on a Popeyes chicken sandwich yet (reportedly returning to stores on Sunday), so we can’t compare. But Wooboi (139 Spring Street, Unit 1, Herndon) is definitely worth some hype — and probably worth a drive over from Loudoun to check it out.