The new gym in the Broadlands has taken over part of the former Safeway space. 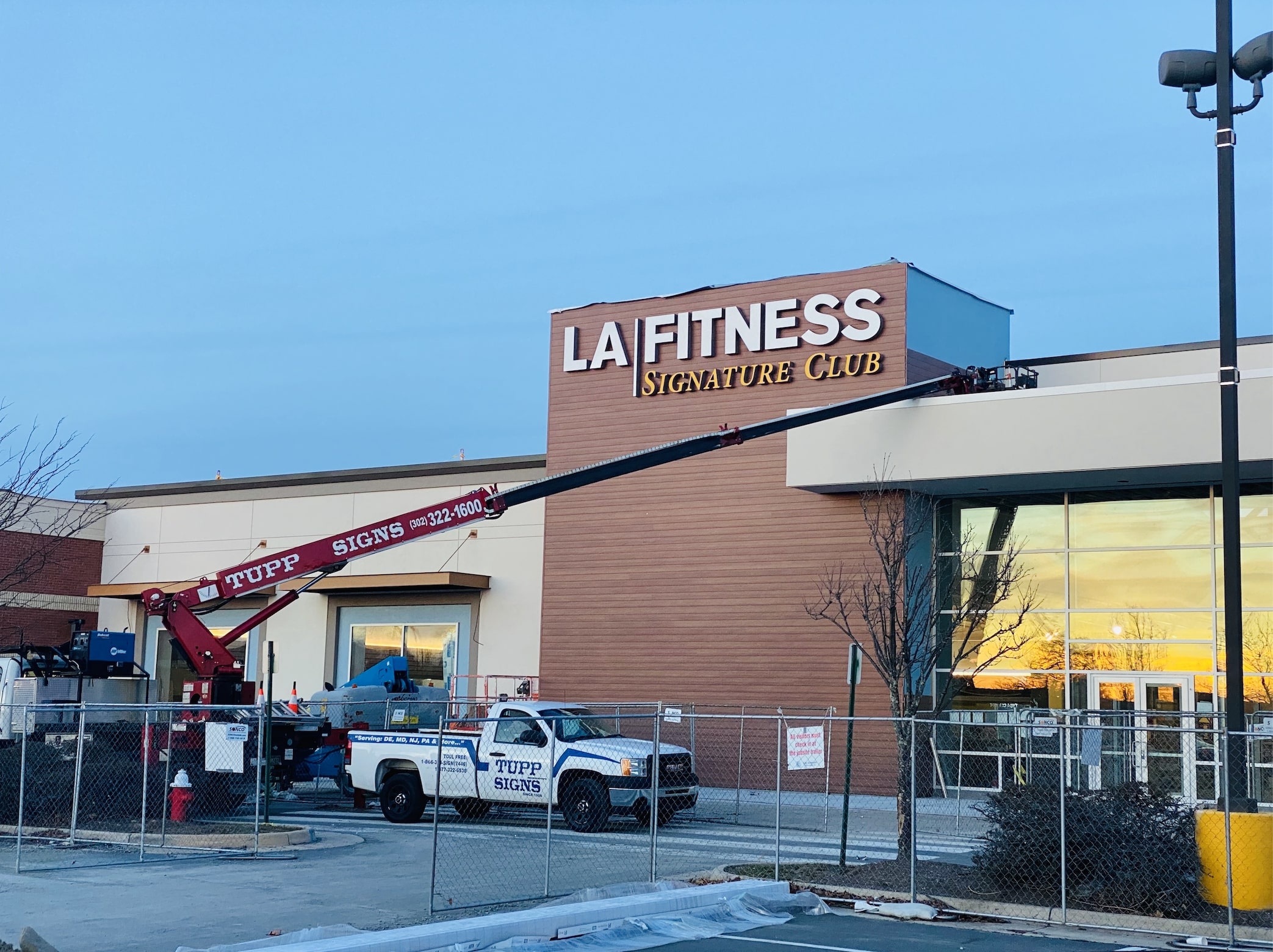 The big exterior sign has gone up at the new LA Fitness location in Ashburn. Crews were there Friday doing the installation.

LA Fitness is opening soon in the Broadlands Village Center. That’s at the intersection of Claiborne Parkway and Broadlands Boulevard. It is going into part of the space that used to be the Safeway grocery store. The other half of the Safeway space was turned into the Aldi supermarket next door.

The new fitness center isn’t just a regular LA Fitness. Instead it’s an LA Fitness Signature Club. According  to online sources, that means it’s an upscale version of the regular club, featuring such amenities as towel service and toiletries in the locker rooms.

There’s still no official word on when the Broadlands LA Fitness will open. We know some new members have been told the target is late January, but The Burn is hearing mid-February is more likely.

(Thanks to reader Steve Brylski for the news tip and photo at top.)