The game is a version of the board game Monopoly, featuring local businesses and landmarks. 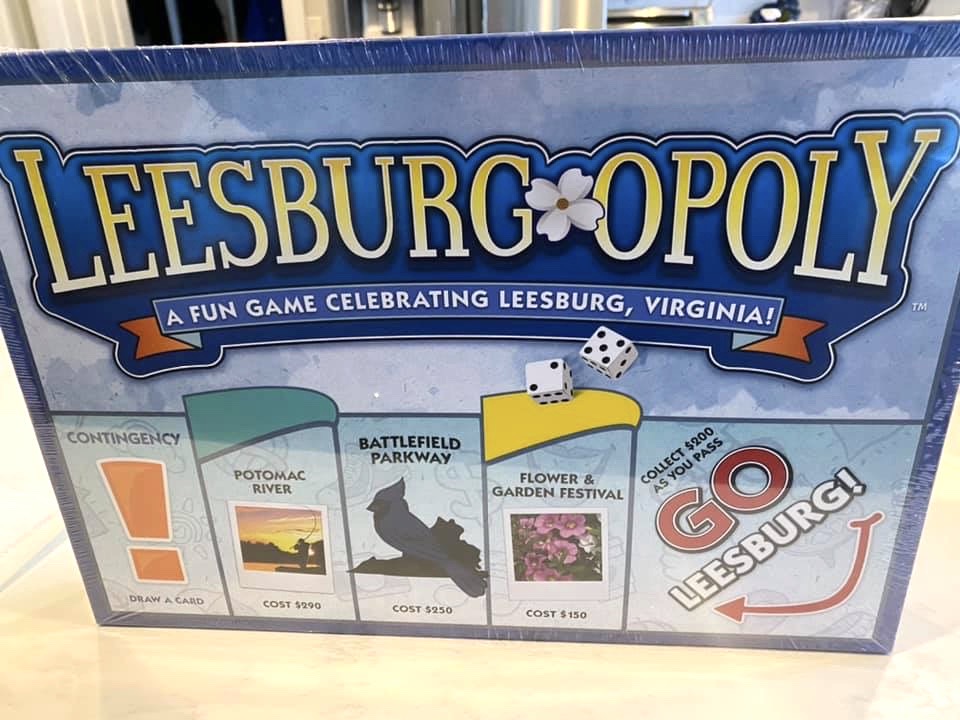 Local PR maven Sharon Wright was on an early morning shopping run to Walmart this past weekend, when she spotted an unusual twist on an old favorite. The Leesburg Walmart store at Compass Creek was selling a localized version of Monopoly called “Leesburg-opoly.” 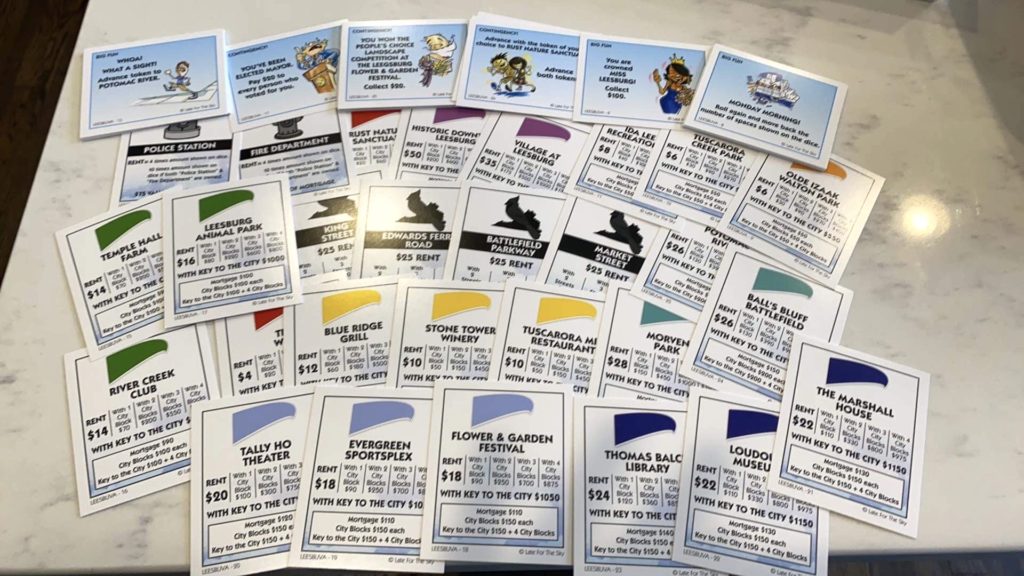 One of the Contingency Cards (like Community Chest and Chance cards in the real game) reads, “You’ve been elected mayor. Pay $20 to every person who voted for you.” Now, there’s an idea for Mayor Burk.

It appears Leesburg-opoly is the creation of a Cincinnati-based company that has been producing custom boardgames for more than three decades. The current line of Monopoly spin-offs includes El Paso-opoly, Twin Cities-opoly and the mouthful that is Pensacola-opoly. The games are sold primarily in Walmarts at the moment, but it sounds like they may be available at Walgreens stores in some communities.

No word if there are Sterling and South Riding/Arcola versions of the game to represent the other two Walmart stores in Loudoun County.

The game Monopoly dates back to 1903 and was originally called “The Landlord’s Game.” Parker Bros. bought the rights to it and began producing the classic version in 1935.

Bar Louie at One Loudoun remains open amid nationwide closures