From high rises to retail shopping to home prices — the impacts are already happening. 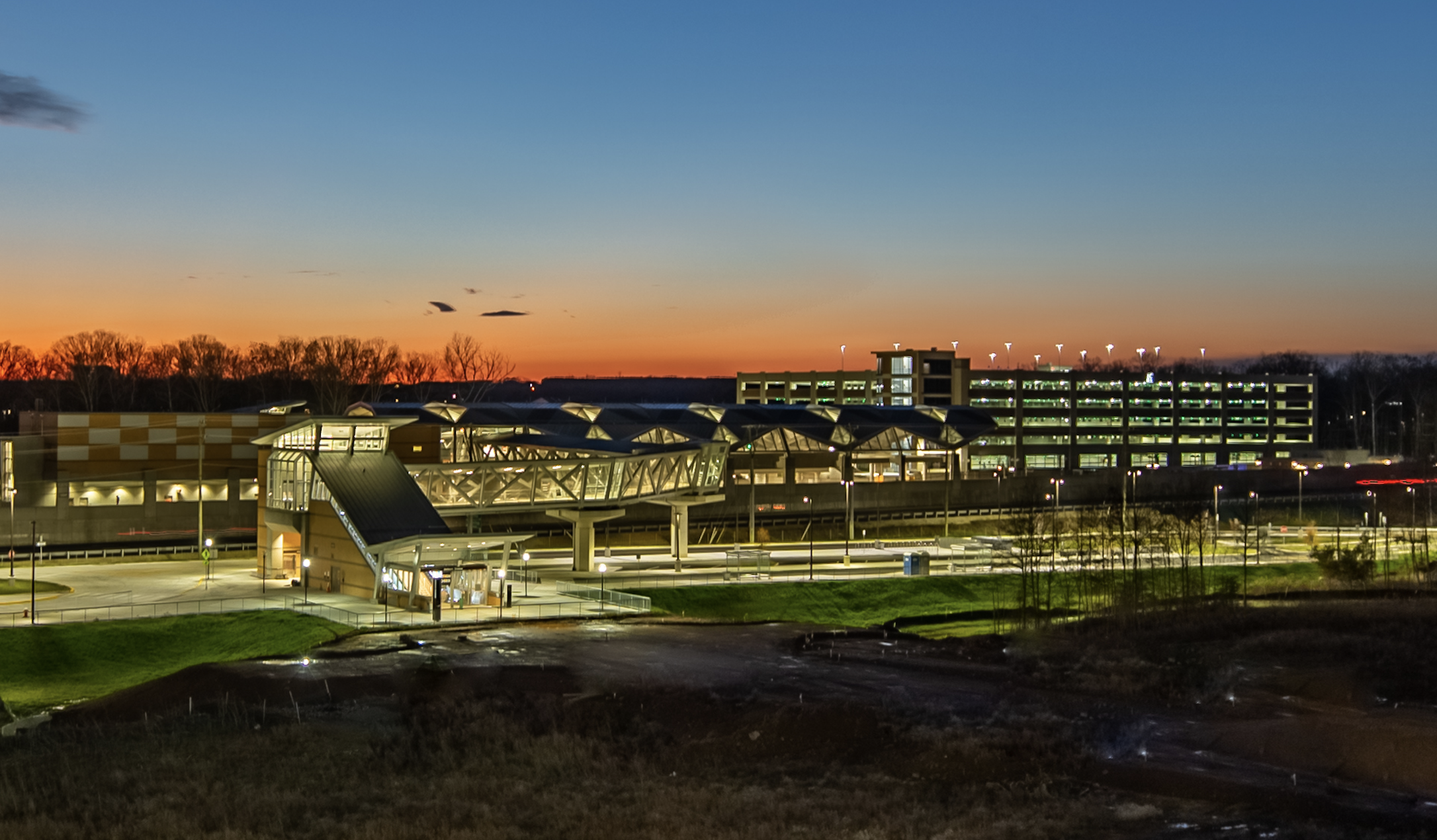 *The Burn is sharing this feature article from our partner publication Ashburn Magazine.

They call it the Silver Line, but it could be a gold mine for Ashburn.

The eagerly anticipated new Metro service is expected to open later this year or early 2021, extending northwest from Reston through Dulles International Airport and along the Dulles Greenway to its terminus in the heart of Ashburn.

With the new commuter line comes a wealth of opportunity for Ashburn — none bigger than the ability to attract major companies to set up shop here. Major companies bring major development and new residents, all of which boosts the tax base, something that has made Loudoun County the envy of other counties across the region and even nationwide.

And small businesses should benefit, too. Angela Goodman is the owner of Famous Toastery, a restaurant in the Loudoun Station development next to the new Ashburn Station Metro stop. She and her husband, Scott, looked at multiple sites before settling on their current spot. The impending arrival of the Metro was a key factor.

“Our choice of Loudoun Station was 100 percent because of the potential of the location with the Metro and all the development the county had planned for the area,” Goodman said.

Indeed, plans for extending the Metro past Dulles International and into Loudoun County date back to at least the 1990s. Early timelines called for the Silver Line extension into Loudoun to open in 2018, but construction delays and changes to stormwater regulations pushed the date back, and the extension should now open later this year or early next year.

Goodman says many of the street-level businesses in Loudoun Station would thrive with more foot traffic. She wonders whether her former neighbors, such as Basil Leaf Grill and Firenza Pizza, would have closed if the Metro had been open, bringing thousands of commuters through the area each day.

“The restaurant business isn’t full of profits,” Goodman said. “It’s just a matter of making sure you have enough to hang on until that point.”

The projections for the Silver Line’s effect are significant. In the wake of a ten-fold population increase in Loudoun County over the past 50 years, the line is expected to be a catalyst for even more growth in the next 20 years.

“We want to make sure we are maximizing our development around our Metro stations. It’s a once-in-a-lifetime opportunity to get this right,” said Buddy Rizer, the Executive Director of Loudoun County Economic Development.

A study commissioned by Loudoun Economic Development projects the following growth through 2040 as a result of the Silver Line – over and above what would be expected without the extension:

Although those numbers are for Loudoun as a whole, much of the activity will occur within a mile or so of the new Ashburn Station, which sits between Exits 6 and 7 on the Greenway. Besides the station itself and the tracks running down the middle of the highway, there’s development underway or planned on both the north and south sides of the highway near the station. 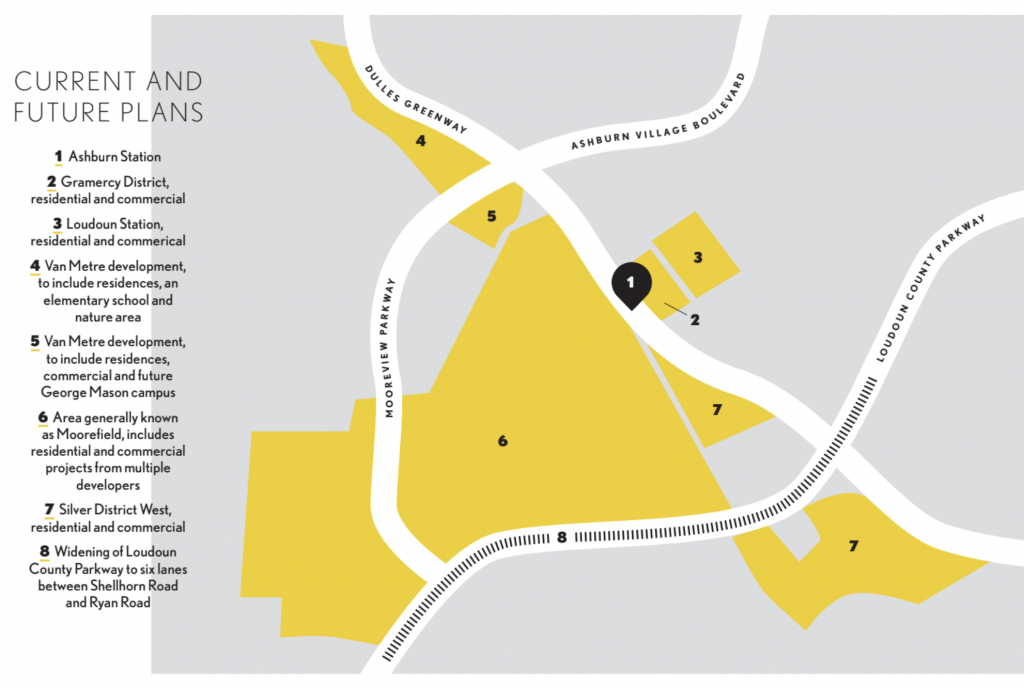 Loudoun Station was one of the first retail and residential developments specifically built with Metro in mind. The first residents moved in back in 2012. From its streets filled with restaurants, offices and a movie theater, to the new nine-story parking garage, to its very name — Loudoun Station has been waiting some eight years now for the trains and their thousands of passengers to arrive.

Between Loudoun Station and the Greenway is another large parcel of empty land. This is supposed to be the future home of the much-touted Gramercy District  — a huge conglomeration of buildings filled with condos, offices, hotels, retail shops, restaurants and more.

“Our vision is for the Gramercy District to be the densest and most integrated development possible,” said Rizer. “We want it to be the absolute hub of residential and commercial growth around Ashburn Station.”

To read the rest of the story, including new high rises coming, the impact on housing prices and the crime rate, and how emergency crews prepare for the Metro — head over to the Ashburn Magazine website by clicking here.