The eagle was reportedly struck by a truck on Friday. 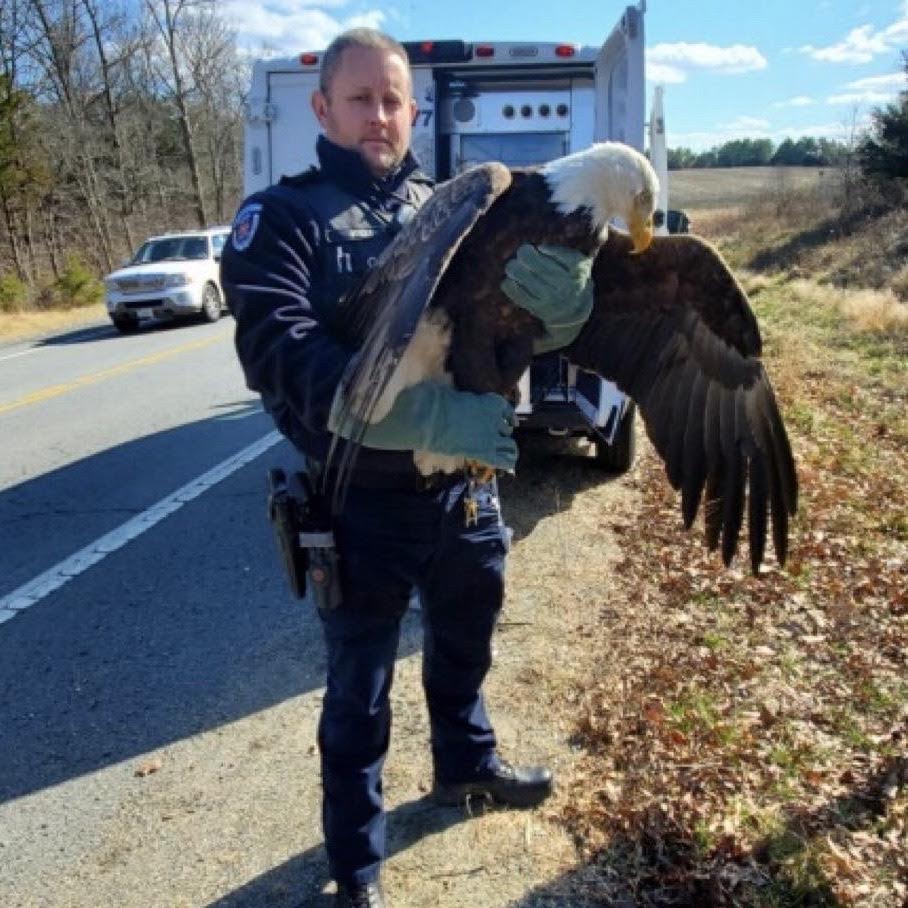 A bald eagle that was injured along Sycolin Road near Ashburn is undergoing treatment at a wildlife center in Boyce, Va. and is showing some signs of improvement.

The dramatic incident started on Friday when the eagle was struck by a truck on the two-lane road between Ashburn and Leesburg. Good samaritans passing by saw the injured animal and jumped into action.

According to the Loudoun County Sheriff’s Office, Deputy Ethan Martin was wrapping up his shift when he spotted several cars pulled over alongside Sycolin Road. “He noticed one motorist appeared to be consoling something under his coat,” a statement from the SO said.

Martin pulled over and discovered that a bald eagle had been hit by a truck and was injured. Other drivers had seen the poor bird and had stopped to try and help. Loudoun County Animal Services was called and the injured eagle was taken to the Blue Ridge Wildlife Center in Boyce.

The Burn spoke to staff at the center and as of Sunday morning the eagle is still there undergoing treatment. According to Dr. Jennifer Riley, the eagle’s lead levels were off the charts when the eagle arrived, but those levels had decreased somewhat which is a good sign.

High lead levels in raptors like eagles is very common. Studies believe one likely source is lead ammunition used by hunters when the eagles feed on the carcasses of animals that have been shot, but not recovered by the hunter.

As far as any specific injuries from the collision with the truck, and the longterm prognosis for the eagle, the center didn’t have any additional information at this time.