Dixie the Pug is a finalist in the “Today” shows “Best in Show” contest. 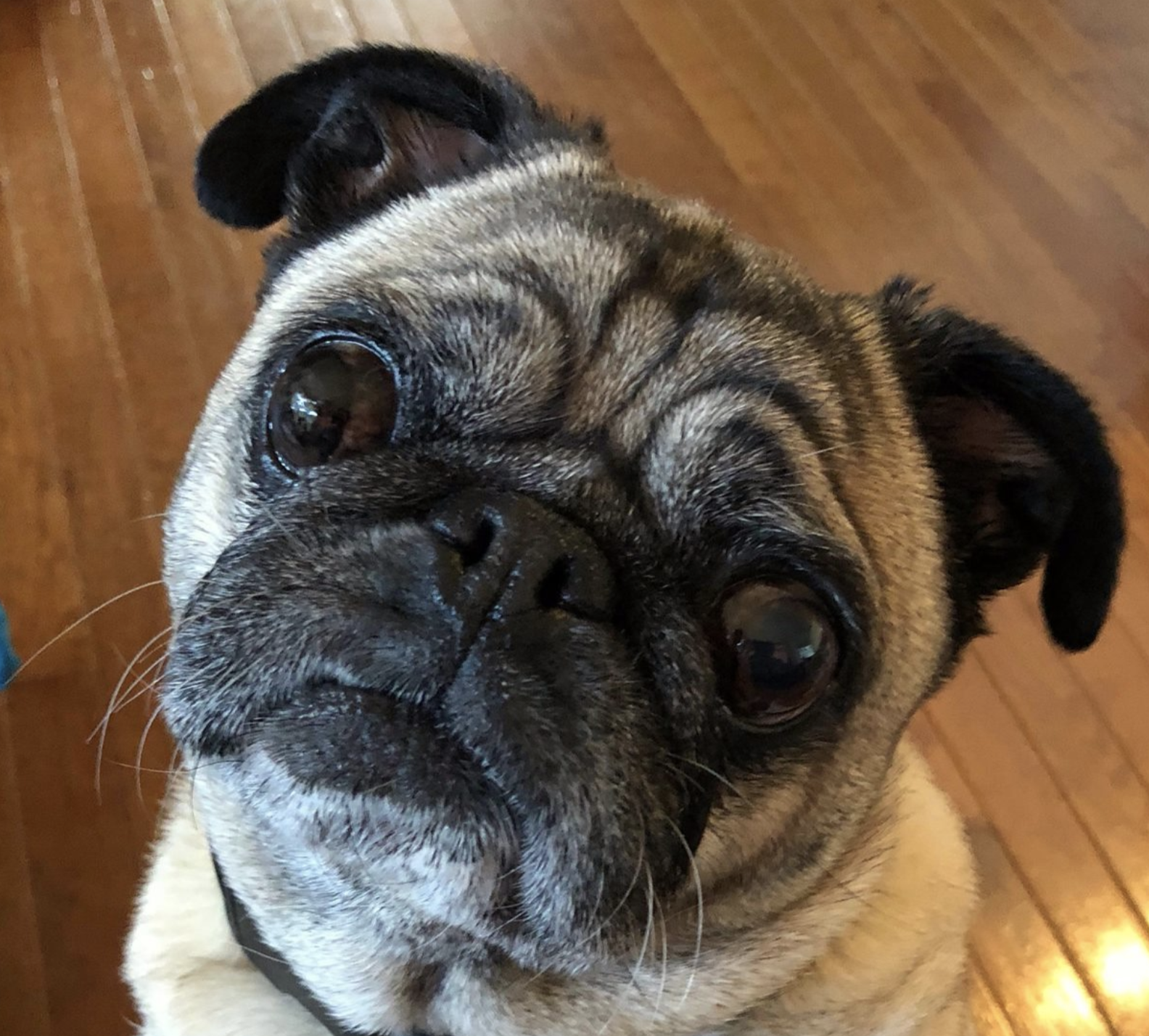 A tiny pooch from Leesburg is scheduled to appear on NBC’s “Today” show on Wednesday, February 19 as part of the morning show’s “Best in Show” dog contest.

Dixie — a 10-year-old pug — is the loyal companion of Rusty Foster, a local public relations guru who lives in Leesburg. At the urging of his mom, Foster entered Dixie in the “Today” show contest and darned if Dixie didn’t make the cut as a finalist.

The dynamic duo left Loudoun County Tuesday morning and headed to the Big Apple where they enjoyed a happy hour at their hotel before planning to get a good night’s sleep. Bright and early Wednesday, they head to the “Today” show studios. They should appear sometime in the 8 a.m. hour.

Before they left Virginia, Dixie appeared on the local NBC station for an interview, so she is already an old hat at this television thing.

“I’ve always known my sweet pea is special, but now the entire world will know how great she truly is each day,” Foster wrote on social media. The winner of the “Best in Show” contest gets an all-expense paid trip to the Beverly Hills Dog Show.