The raptor is suffering from extreme lead poisoning. 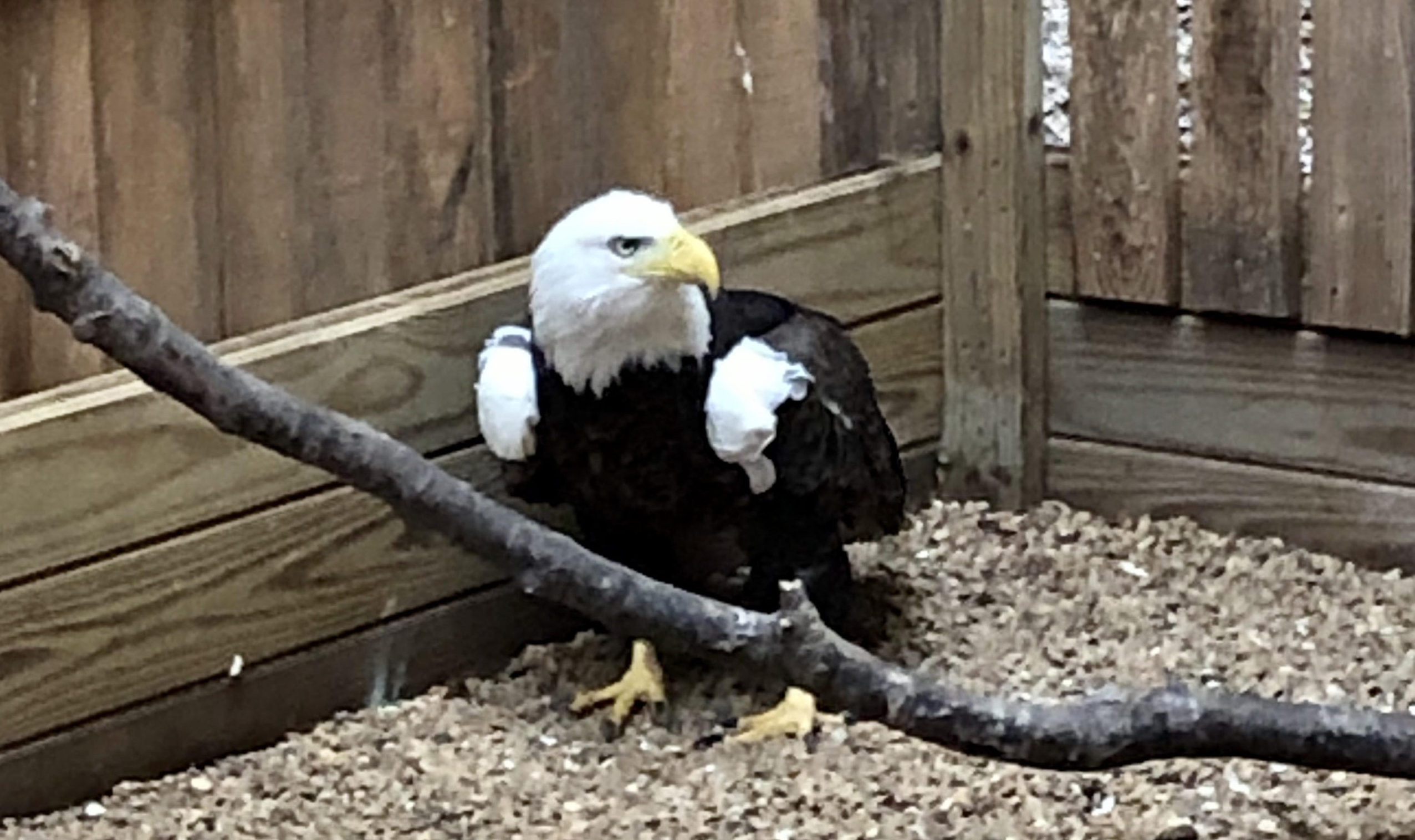 The bald eagle reportedly hit by a truck last week along Sycolin Road between Ashburn and Leesburg is doing better and we’ve gotten some fascinating new information about her condition.

Yes, her. The veterinarian treating the raptor at the Blue Ridge Wildlife Center in Boyce, Va. believes it is a female.

First things first — despite reports from good samaritans who came to the ailing bird’s rescue last Friday, there is no sign of injuries from a collision with a truck.

“Though it was reportedly seeing being hit by a truck, there are zero signs of trauma on this bird and we suspect that it was just seen on the road and incorrectly reported as a vehicle collision,” Dr. Jennifer Riley told The Burn. “Perhaps someone saw a truck drive close to it and thought it got hit? It would be highly unlikely for any bird to get hit by a truck and have no fractures, bruising, or other signs of trauma.”

Second — while they can’t be 100 percent certain, based on the eagle’s weight, they believe it is an adult female. They know she is at least five years old, because an eagle’s head and tail turn all white in its fifth year of life.

Thirdly, as The Burn mentioned in our previous report (see here), the eagle is suffering from extreme lead poisoning, a common problem among raptors that often eat unrecovered game left behind by hunters. They ingest the ammunition. The eagle from Sycolin Road had lead levels that were too high to read in her first blood sample.

“Every eagle that has come into (our) care since 2016 — when I started working here — has tested positive for lead except two — both from the city of Alexandria where there is little hunting to expose these birds to lead,” Riley said. “Lead is by far the biggest issue we see in our local eagles and toxicity at the level seen in this eagle would certainly make her stand by the side of the road without moving.”

Fourth, the eagle is missing her left eye. Yep, she’s a pirate.

“This is a very old injury to which she appears to have adapted to well. She was in excellent body condition on admission,” Riley said. “The lead levels have come down into the readable — but still too high range — but she may still have side effects from it. Lead often causes organ failure with time, so it will take some time … to see if she is having any late effects, even after the levels come all the way down. She is doing as well as can be expected at the moment, but any animal that comes in with lead too high to read has a guarded prognosis at best. They often die of sudden cardiac events or other sudden issues related to organ failure. Once her levels come down further — hopefully in the next week — she will be moved to outdoor caging and we can better assess her prognosis. Though I have no problem releasing this bird with one eye, given that it is a very old injury she appears to have adapted to well over the years, I will need to discuss any release plans with our state wildlife agency.”

So there you go — hoping that all works out for this beautiful bird, but sadly, there are no guarantees. Stay tuned.
Tags: eagle
Previous post