It looks like the long-stalled Avonlea project in South Riding is back in action. That’s according to documents filed with Loudoun County. 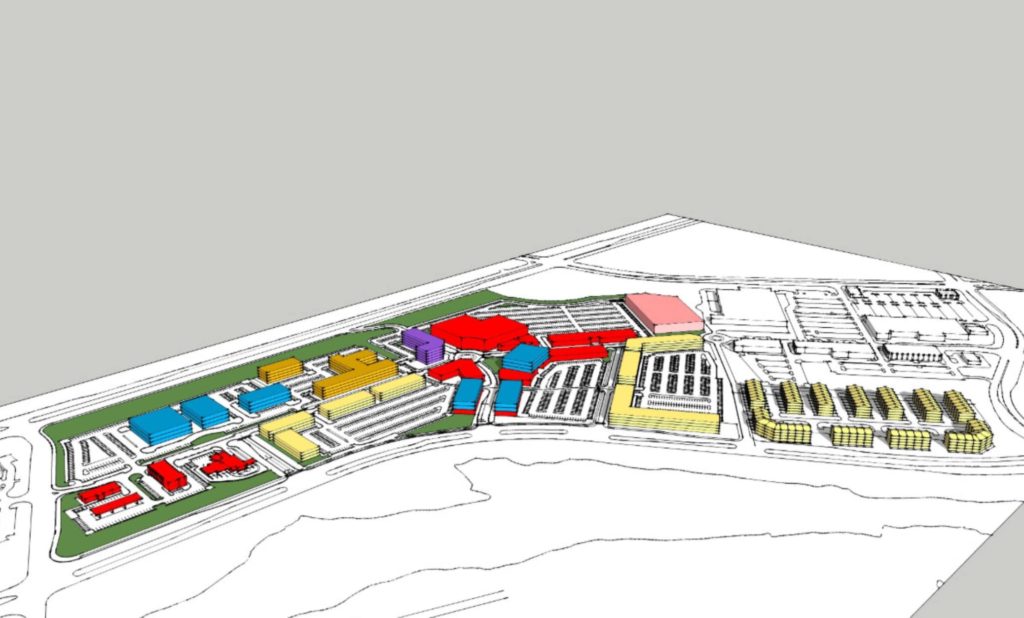 In this view, you can see the existing South Riding Market Square in black and white in the upper right corner of the diagram. The parts in color are the new proposed Avonlea developments. (Image here and at top: Peterson Companies)

Peterson Companies, the developer behind Avonlea, has been working for years to build a large retail center on land just off Highway 50, west of Loudoun County Parkway/606. Back in 2018, it looked like things were finally starting to roll. Peterson confirmed they were in negotiations with multiple potential restaurant tenants. An upscale movie theater was going to anchor the center. But it was all for naught. The reported $60 million project — called Avonlea Plaza at one point — couldn’t catch fire and in November of that year, the company formally announced it was pulling back from the plans in order to recalibrate.

Now, it appears we have our first glimpse of how that recalibration is taking shape. 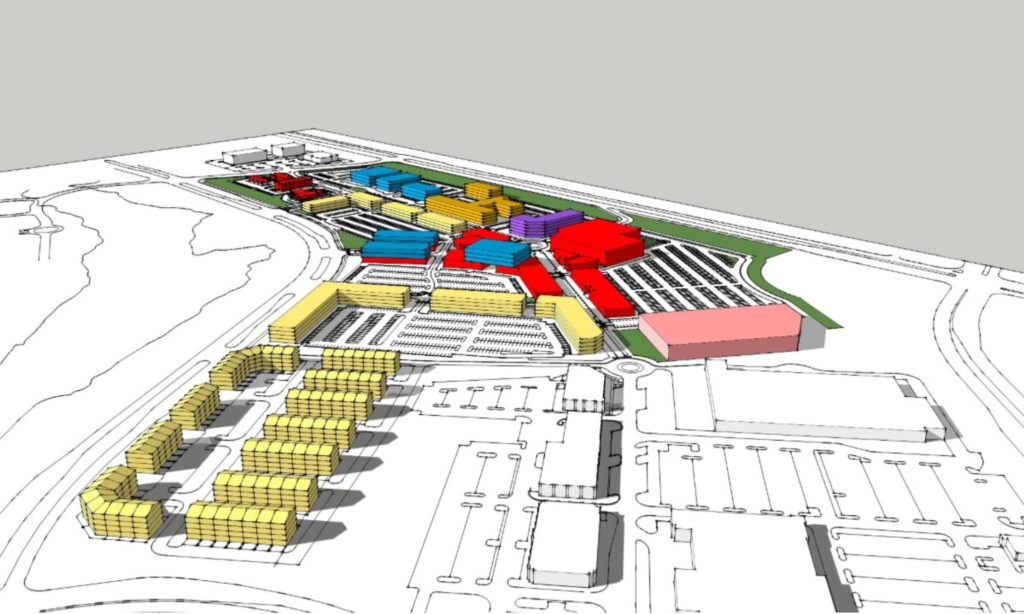 In this diagram, you can see the existing South Riding Market Square in black and white in the forefront. (That big building in the un-colored part is the Home Depot.) The new Avonlea project is in color and would be adjacent to and connect with the existing shopping center. (Image: Peterson Companies)

In the documents, Peterson Companies refers to the project as Avonlea II. It’s asking for rezoning of land in order to accommodate a lifestyle center where people “can live work, play and be engaged with their surroundings.” As part of the new plan, it calls for the addition of residential space and moving the core of the center away from Pinebrook Road and closer to the established South Riding Market Square.

The applicant “now believes that the proposed rezoning, which introduces residential uses that are necessary to bring an added vibrancy to the center and help support commercial uses, and which shifts the mixed-use center’s core eastwards towards the existing South Riding Market Square center, will finally allow the development of the types of commercial, retail and entertainment uses envisioned and planned for Avonlea Plaza,” reads one of the filing documents. 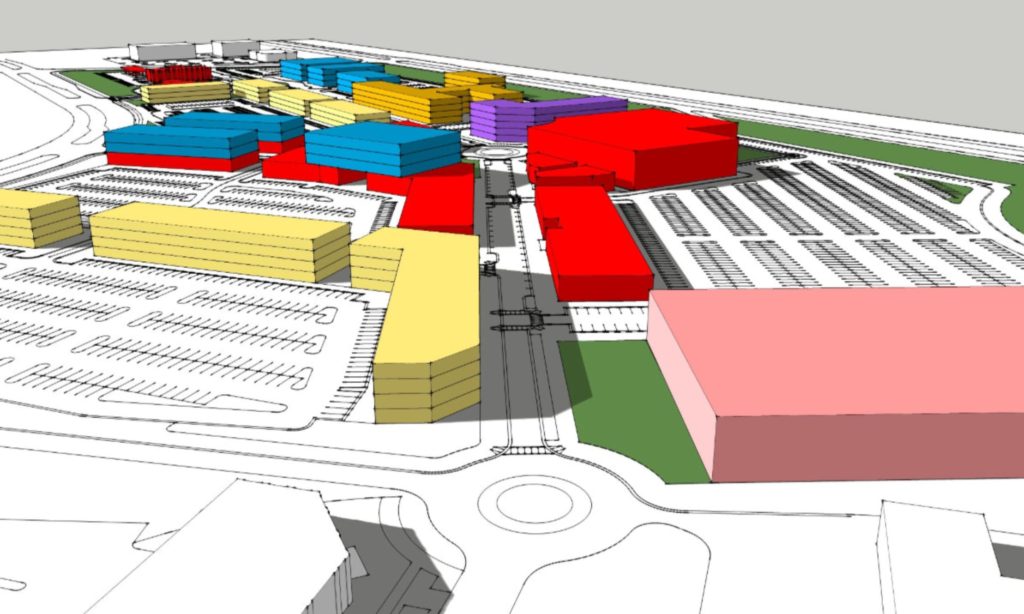 The plans calls for a “main street” running through Avonlea connecting South Riding Market Square to Pinebrook Road. There would be a central plaza, which the document directly compares to similar plazas at One Loudoun in Ashburn and the Reston Town Center in Reston, where community events can be held. 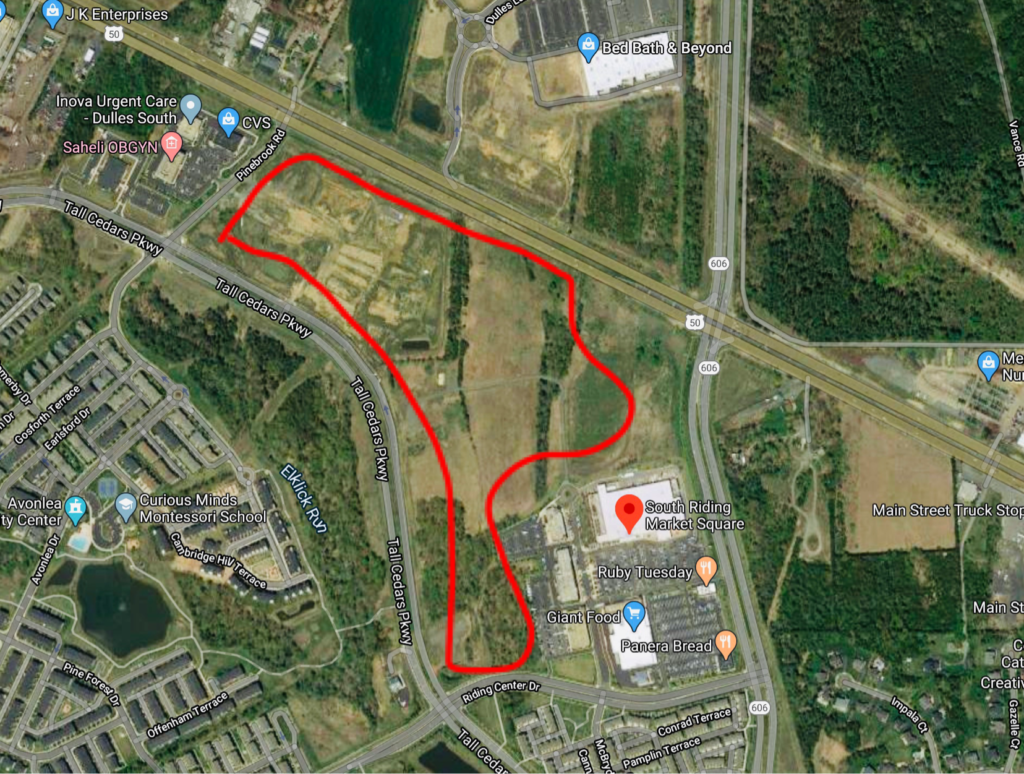 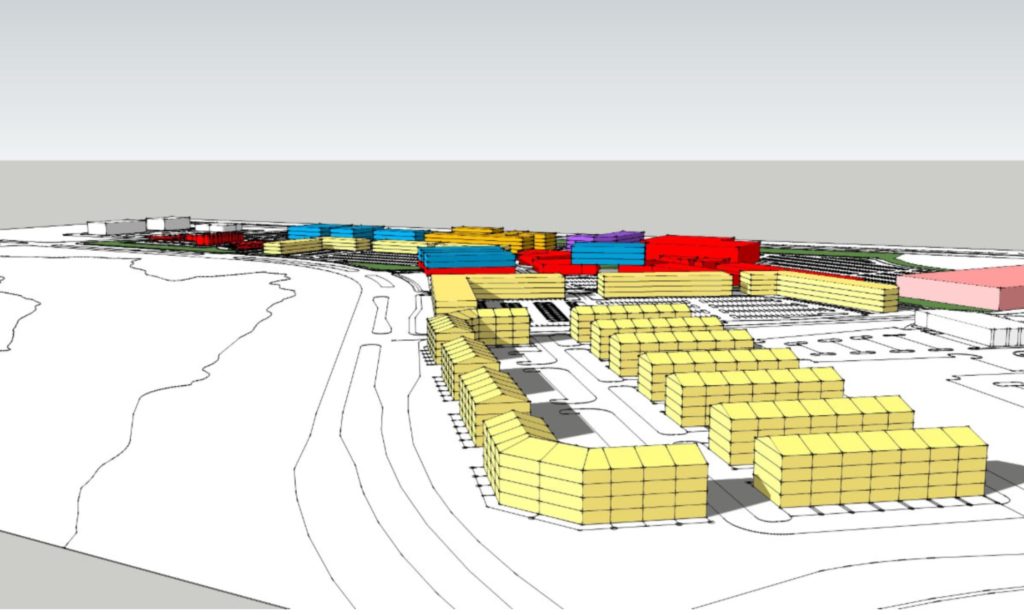 This rendering shows what we believe are the proposed townhomes behind the current Giant grocery store at the adjacent South Riding Market Square. (Image: Peterson Companies)

The plans calls for up to 690,000 s.f. of office, retail, entertainment, hotel and other uses. A new element is the inclusion of up to 563 multi-family residential units, including 405 “attached multi-family units” (which may be developer speak for townhomes) and 158 stacked multi-family homes (which we are guessing could be 2-over-2 condos). It also calls for a minimum of 40,000 s.f. or parks and public plazas.

Recent additions to the zoning requests include asking for exceptions to allow a gas station, a car wash and an auto repair facility.

We have reached out to Peterson Companies for more details on their plans. Stay tuned.

DEVELOPER THROWS IN TOWEL ON AVONLEA PROJECT, REPORTEDLY STARTING OVER

The project had been in the works for many years.