The new club is located in the Broadlands Village Center. 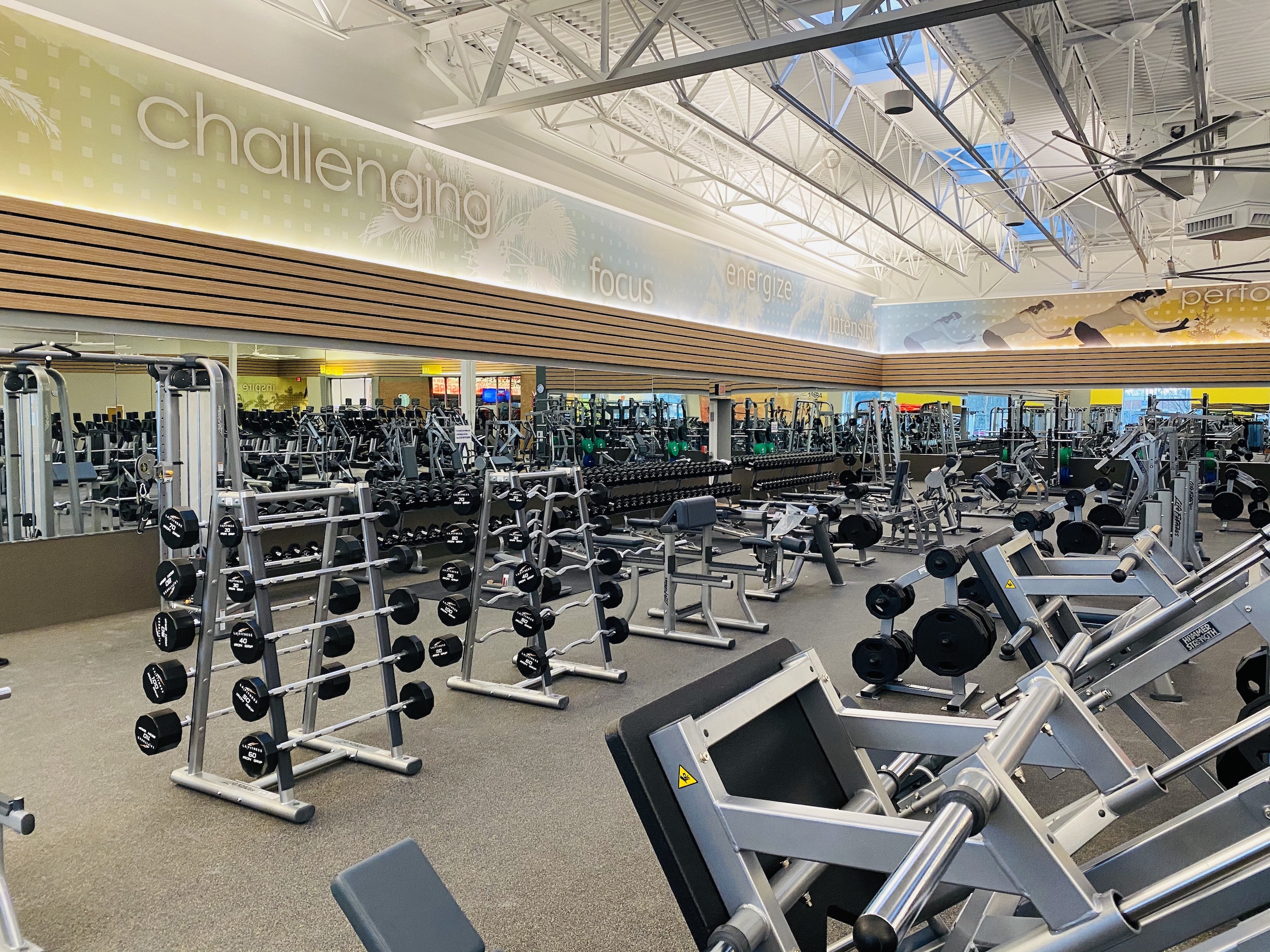 The new LA Fitness Signature Club in the Broadlands Village Center is nearly complete and hopes to welcome its first members through its doors in the next two weeks. The Burn got a tour of the facility and has plenty of sneak peek photos (below).

The new center has gone into part of the space that used to be the Safeway grocery store. The other part of Safeway became the ALDI grocery store next door. The center is at the intersection of Broadlands Boulevard and Claiborne Parkway.

Construction on the LA Fitness space has been underway for months and included removing a large part of the shopping center facade in order to construct the LA Fitness exterior.

The new gym is billed as a “signature club” which means it’s a higher end version of the usual LA Fitness. This includes such perks as towel service and toiletries in the locker rooms.

The current plan calls for the center to open the third week in March — possibly by March 17, St. Patrick’s Day. But there are some finishing touches to complete — inside and outside — and weather and other factors will dictate how fast they happen.

LA Fitness has a preview center in the shopping plaza for prospective members. The phone number is 703-936-8412. Meanwhile, take a tour of the new center with The Burn below.

Latest issue of Ashburn Magazine hits the street this week