Plexiglass shields, sanitized carts and plastic gloves are just some of the new features. 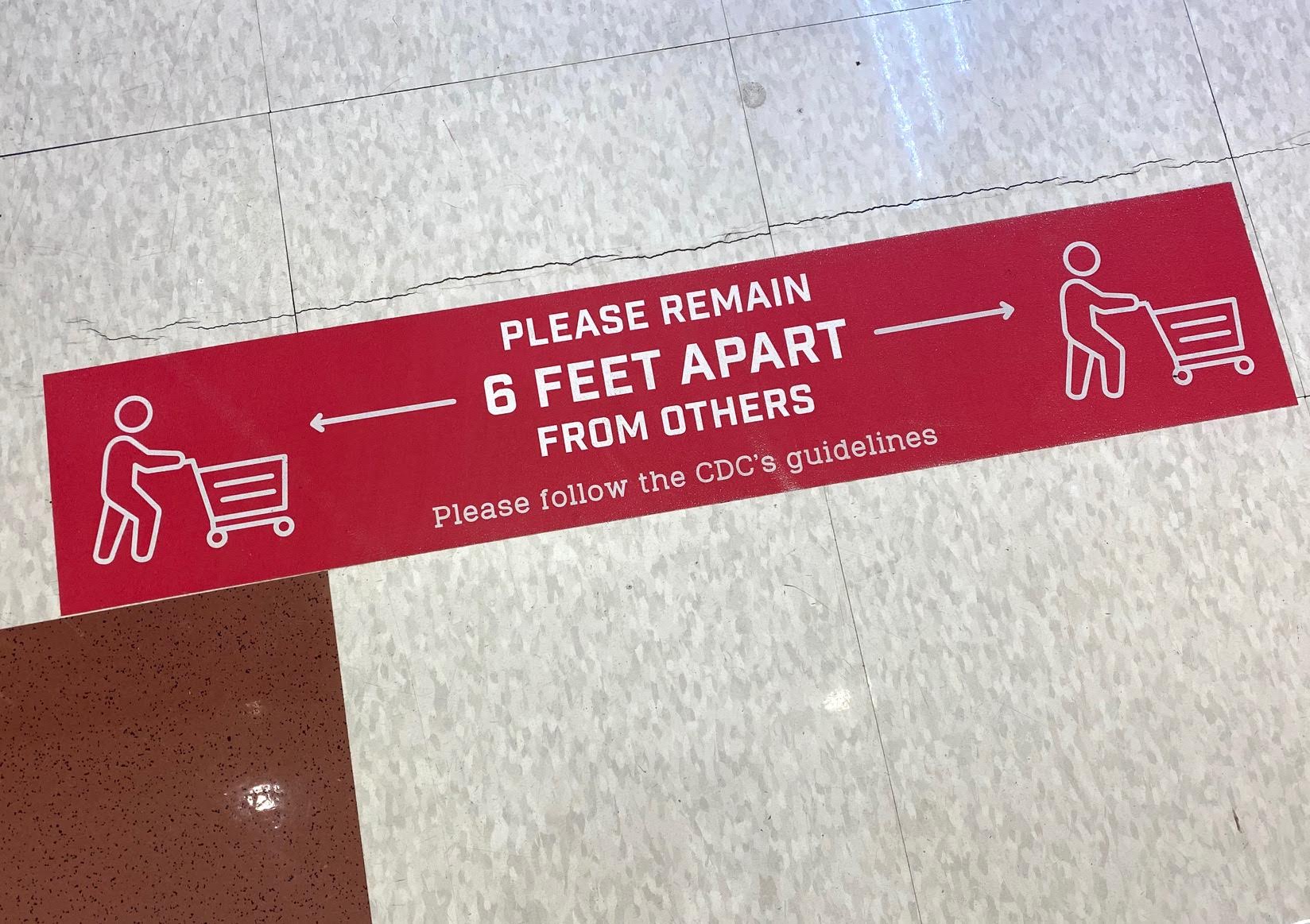 It’s not just the empty toilet paper aisles that tell you things have changed at local grocery stores. The major chains in the area are making changes that drive home keeping customers and staff safe — and away from germs and each other. 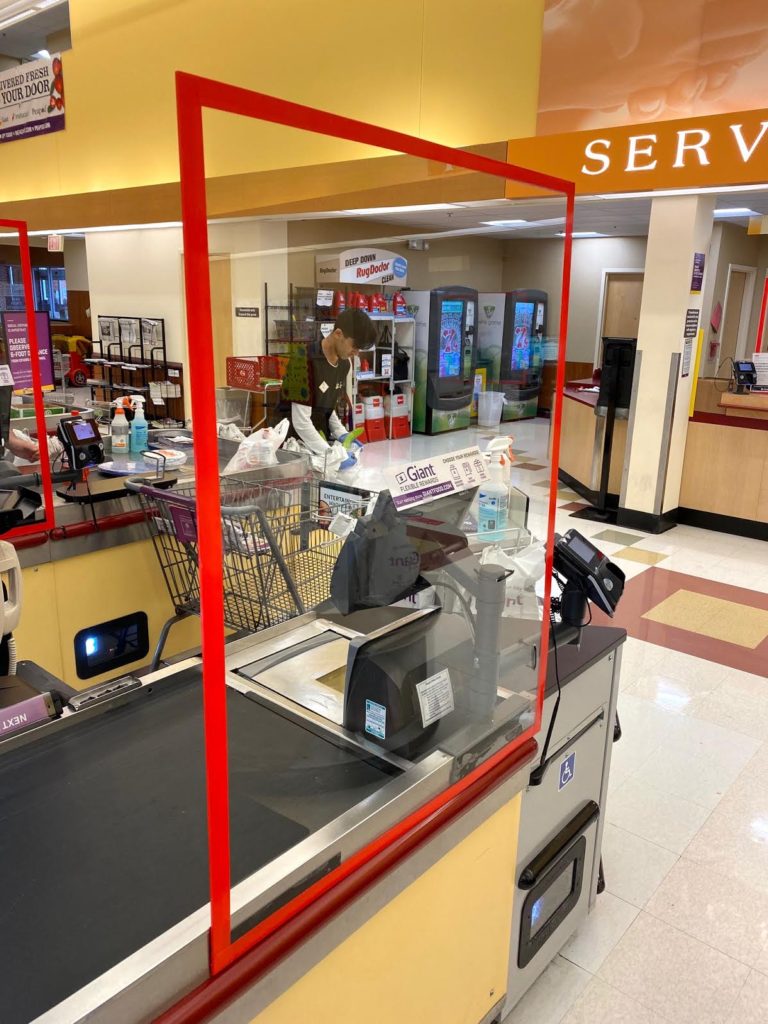 Earlier this week, Giant Foods announced they would be installing plexiglass-type shields at their checkout lanes and customer service counters. And sure enough — they have already appeared at Giant stores locally, including the one at the Shops at Ryan Park in Ashburn. 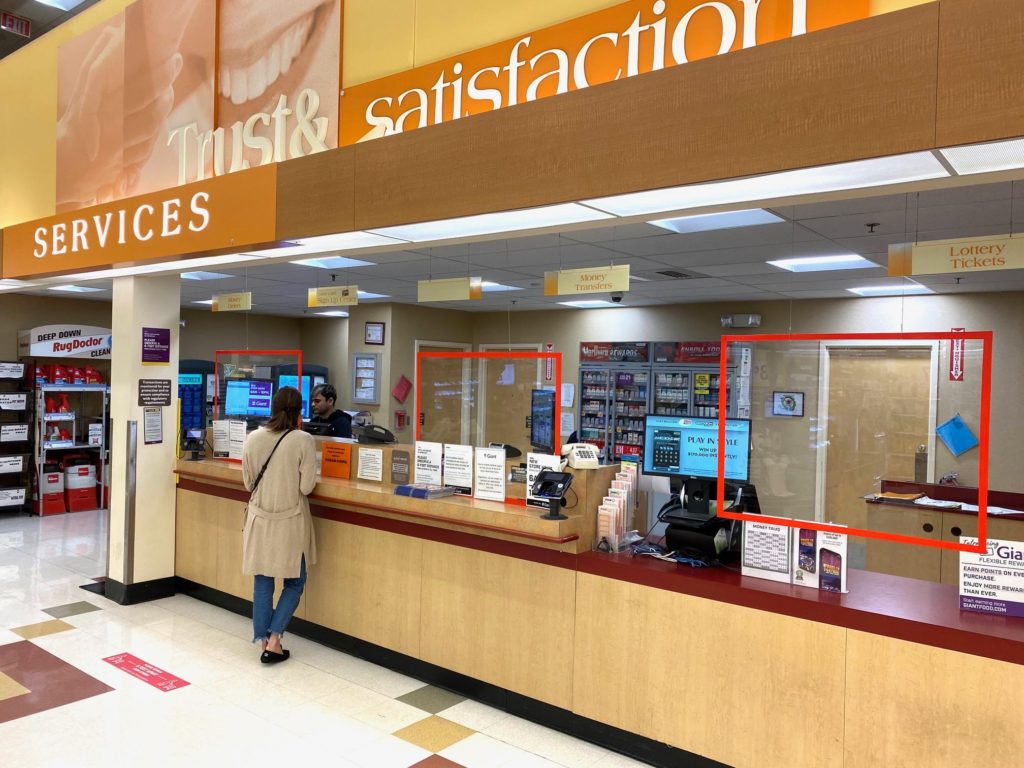 Meanwhile, large stickers on the floor and posted signs ask shoppers to stay at least six feet away from other shoppers in the queue.

Over at the Harris Teeter store in the Southern Walk Plaza, there are also smaller plexiglass shields up. And while not new, plastic mitts meant to keep your hands clean hang next to the gas pumps at the Harris Teeter Fuel station. Now they serve the double purpose of helping customers avoid picking up the coronavirus. 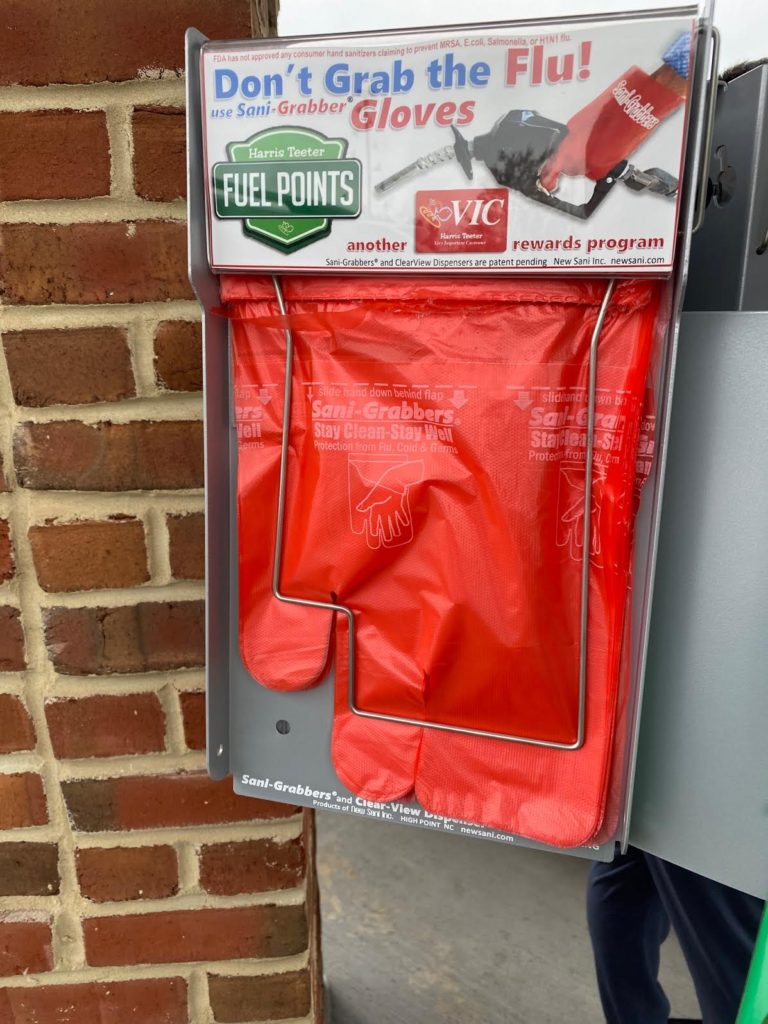 Other changes at area supermarkets include the closure of self-serve food areas such as the hot bars at Wegmans in Leesburg and Sterling and the salad bars at Harris Teeters. At Trader Joe’s at One Loudoun, an employee is dedicated to sanitizing carts and cart handles for arriving customers, and at Harris Teeter, The Burn was handed a freshly sanitized shopping basket.

Number of Loudoun coronavirus cases jumps in past 24 hours