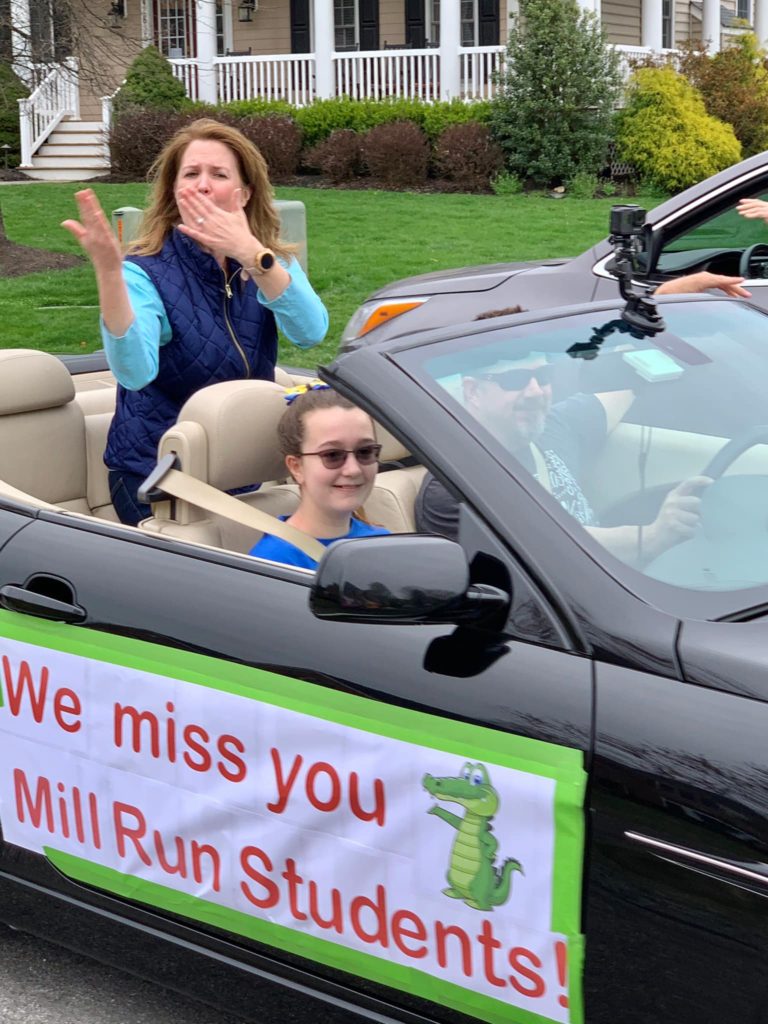 As a way to connect safely with their students, elementary school staff and PTAs are organizing long caravans of cars — some more than 70 vehicles long — that drive slowly through neighborhoods around a school. 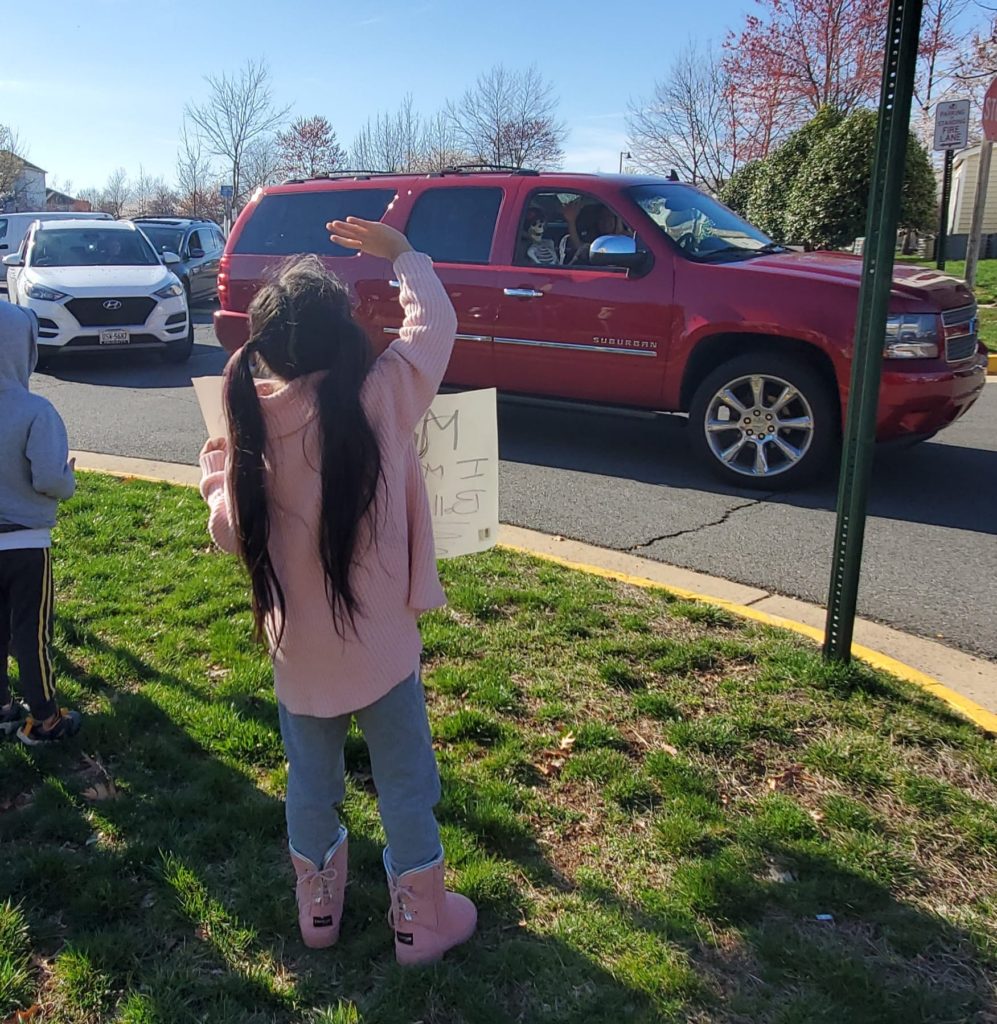 There’s usually just one beloved teacher or staffer per car for safety — and they honk and wave to kids who gather in their driveways and front yards to wave back. Some kids hold signs with messages for their teachers. 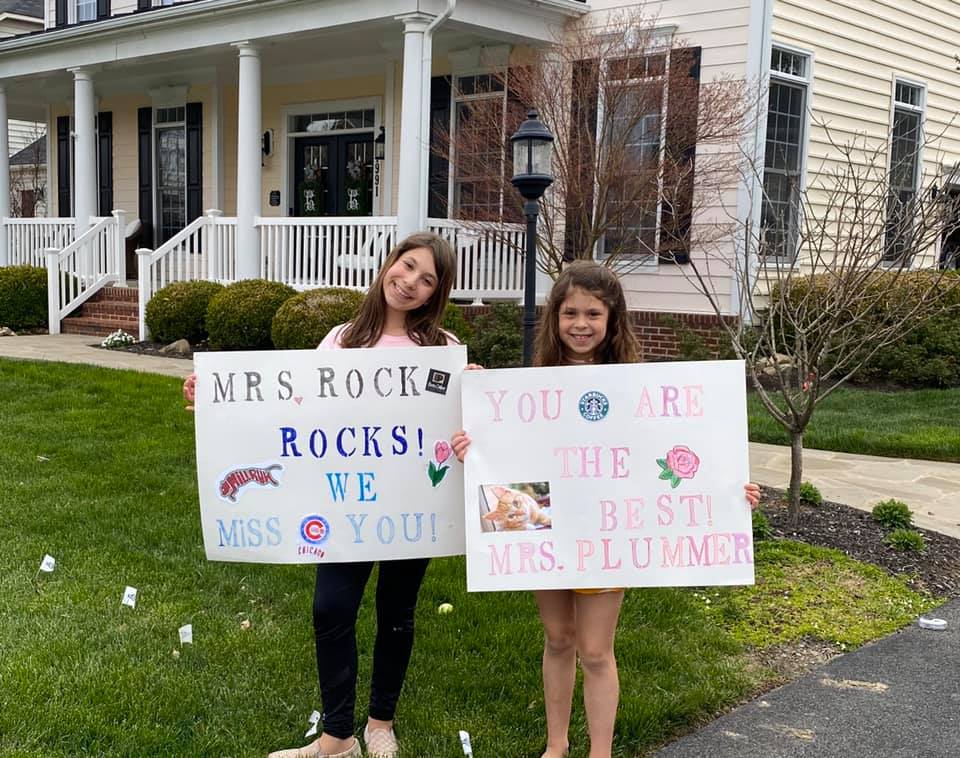 Mallory Garrison is a special education teacher at Creighton’s Corner Elementary, which held a parade earlier this week.

“It was really cool to see a lot of students come out,” Garrison told The Burn. “I saw a lot of kids that I knew and it was just awesome to have that connection with them.” 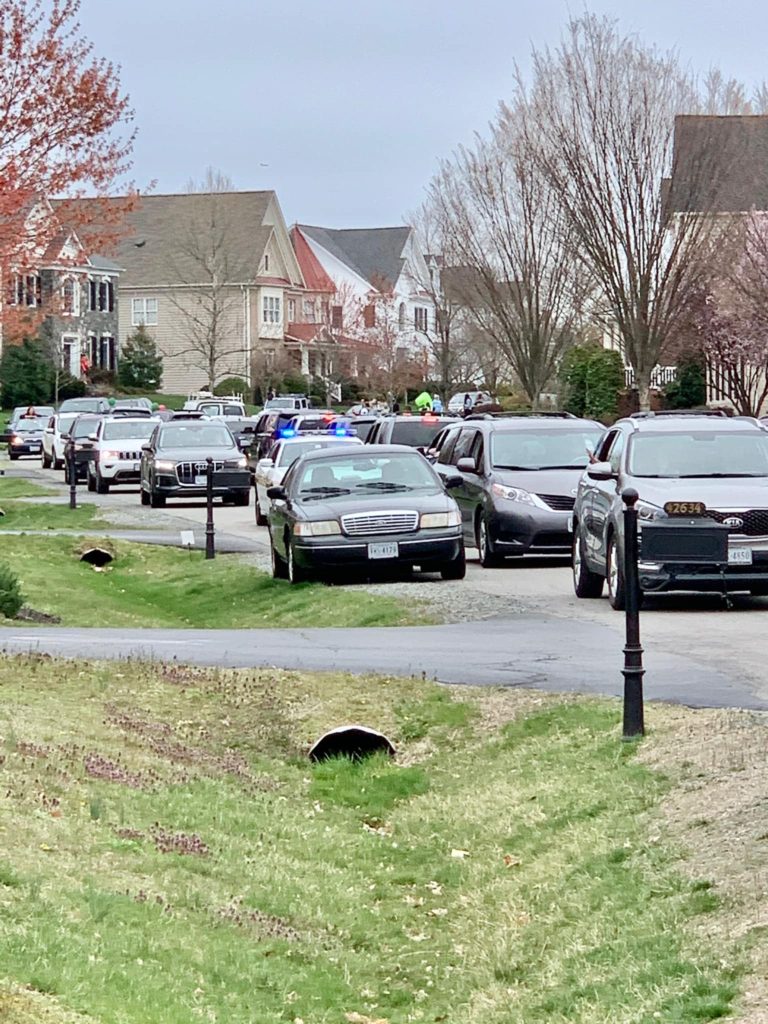 Besides Creighton’s Corner Elementary, Dominion Trail Elementary and Mill Run Elementary also held teacher parades this week as did Simpson Middle in Leesburg. Catoctin Elementary in Leesburg has one planned for Tuesday and we’re sure many other local schools are doing this as well.

Similar parades have been held in Florida, Arizona, Ohio, Texas and elsewhere across the country. 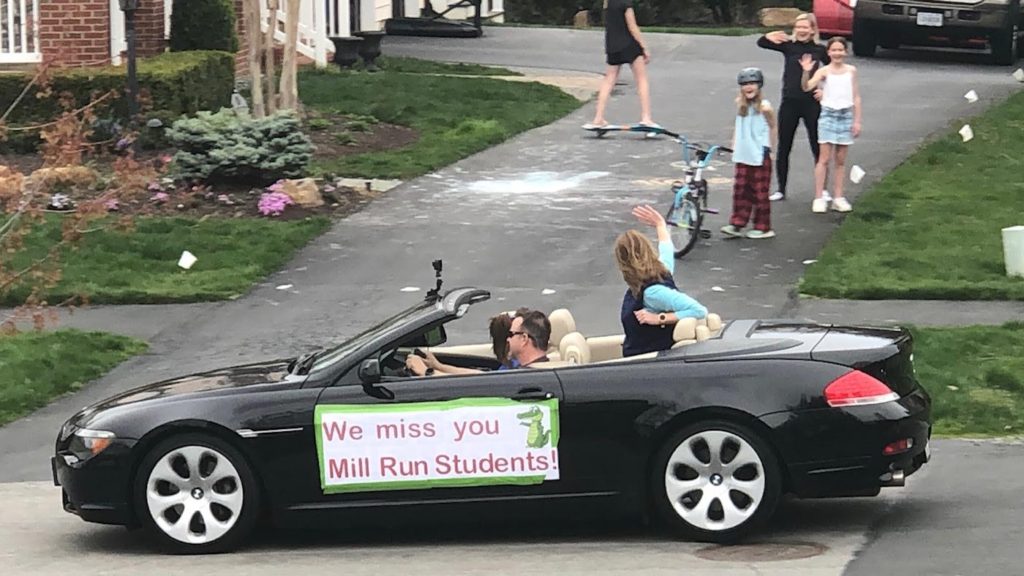 Liz Schnelzer, a Licensed Clinical Social Worker who lives in Ashburn, says there are multiple benefits to this type of an event during a scary time.

“It gives the kids something to look forward to at a time when the days are sort of boring. To have a parade brought to you is pretty exciting,” Schnelzer said. “And the kids know that beyond their nuclear family, they still have a community of teachers and professionals at the school that care about them. Even though we are all separate, we are still together and it gives you a sense of belonging.” 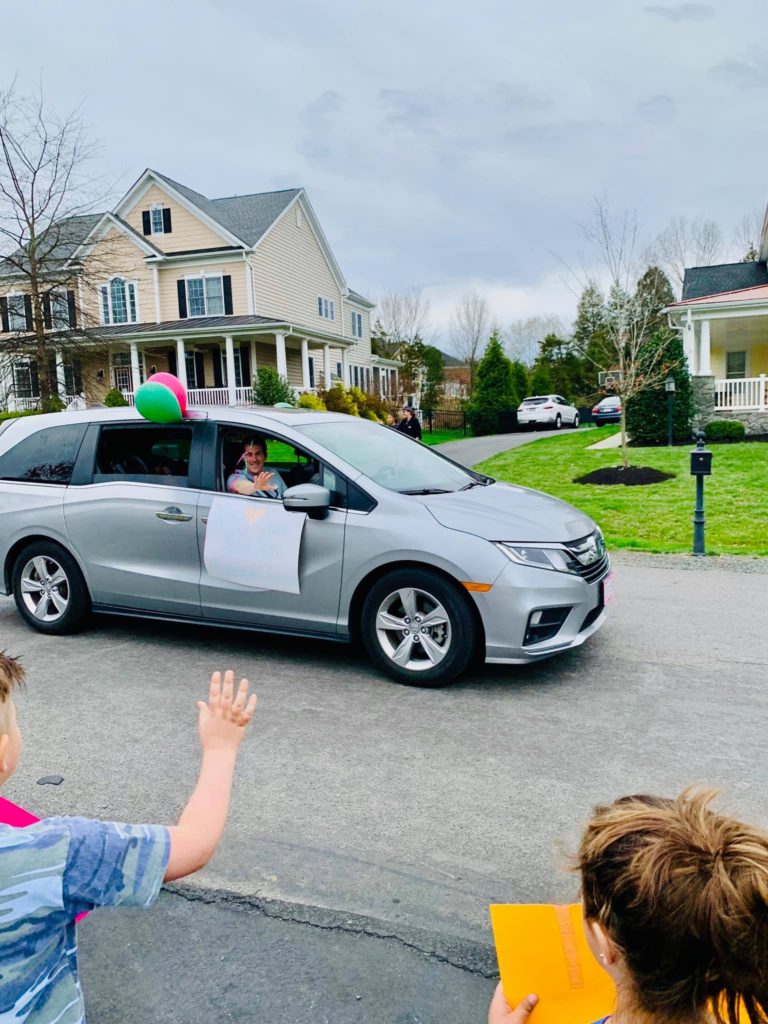 Schnelzer says the benefit works in reverse too — that teachers are eager to get back to educating and supporting children and participating in a parade is a way to do it during a difficult time. 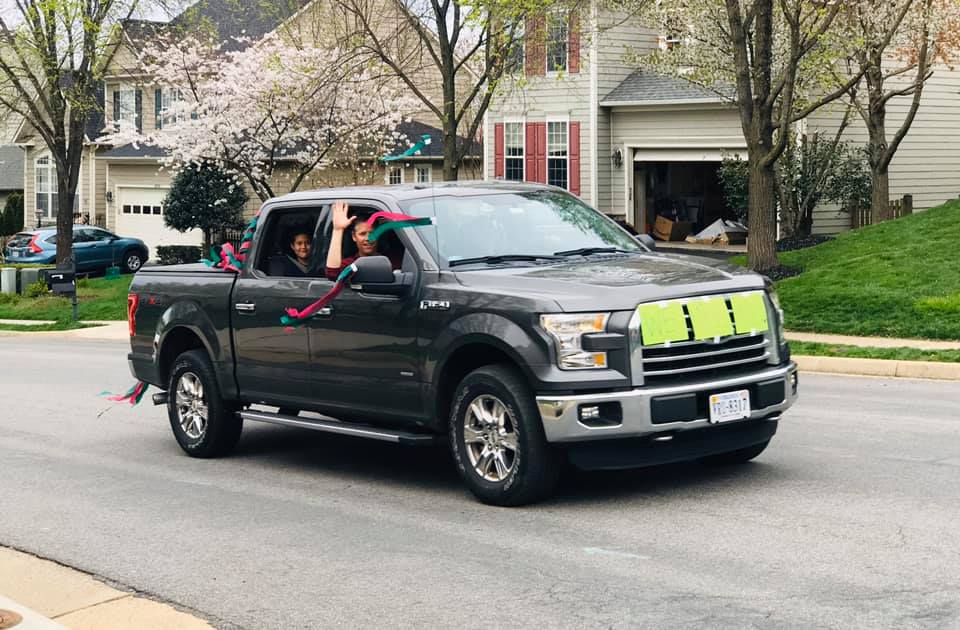 Burning Question: Is the new Chick-fil-A still on track for Leesburg?
One Loudoun goes to the dogs with its annual Bark Bash
Ashburn’s Tava Fry opens second location in Herndon
Urbano Modern Italian opens for business in Sterling