For years now, folks in Ashburn who are fans of clever street names have watched with envy as Sterling found fame for its Warp Drive. Now, Ashburn is scheduled to get its own cleverly named street, even if it’s a quite a few years down the road.

Future drivers — great ready for Thumb Drive. (Get it? Like the little USB sticks you put in your computer to store or transfer data.)

Shellhorn Road — which runs past Loudoun Station — is being expanded to the east after it crosses Loudoun County Parkway. It currently dead ends there. Meanwhile Prentice Drive — where the main post office and LifeTime Fitness are located — is being expanded to the west connecting to Ashburn proper. The goal is to provide drivers with more east-west options besides the Greenway/267.

According to plans, Thumb Drive will be a short north-south road connecting Shellhorn and Prentice, just east of LoCo Parkway.

The poorly drawn orange arrow points to the future Thumb Drive in Ashburn.

We’re told the land all around the project is owned by a data center company and they get to choose the name of the roads.

That’s sort of what happened with Warp Drive. Back in 2011, there was a short road called Steeplechase Drive that ran past aerospace company Orbital Sciences Corp. (today part of Northrop Grumman) in Sterling. The company successfully petitioned to have the road renamed Warp Drive, a term used in the “Star Trek” television series for the technology that allowed spaceships to fly faster than light. It was a fun gesture and the name has been written about in local media, and gotten picked up by the national website Atlas Obscura, as well. 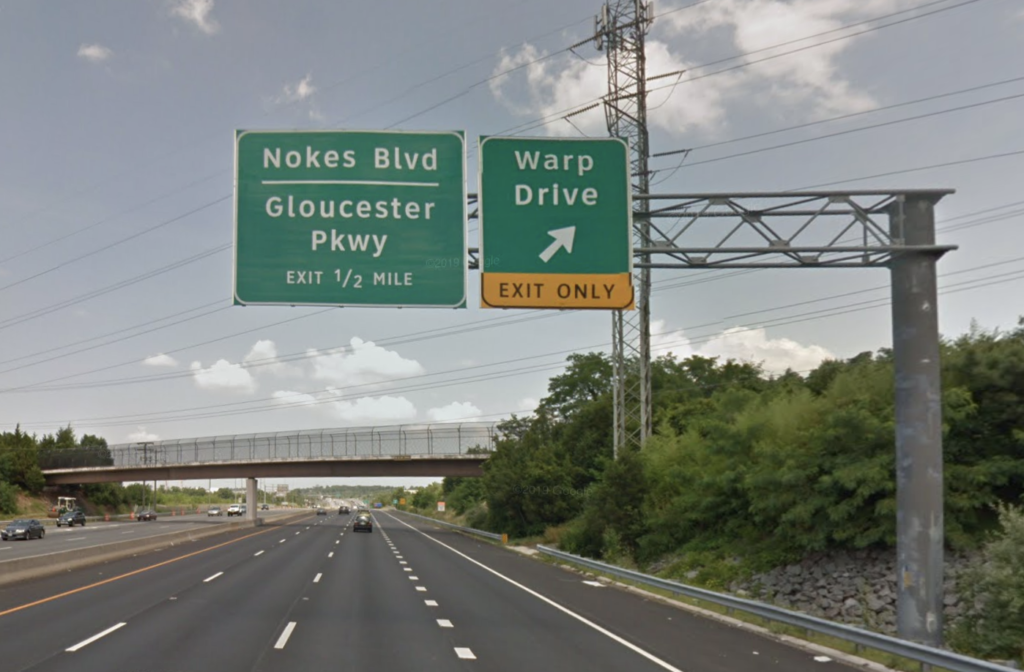 Now comes Thumb Drive — a type of data storage that seems an equally fun hat tip to the massive data storage centers that have put Ashburn on the map. The one caveat — it’s going to be awhile until the street signs go up. According to current timelines, we’re told Shellhorn extension should be done in roughly three years and the Prentice expansion in five years, so a road connecting the two would likely come sometime after that.

3 thoughts on “Ashburn getting a new road named Thumb Drive”