The new axe throwing facility will open soon in Sterling. 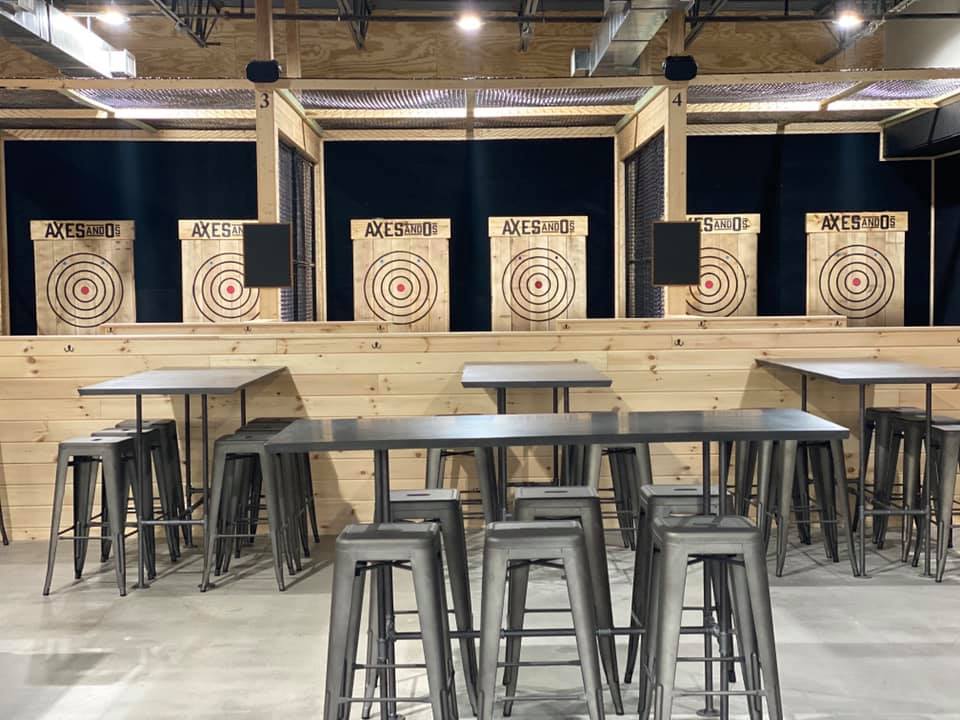 Axes and O’s — a new axe throwing entertainment spot in Sterling — is all ready to go. They’re just waiting for the green light from health officials so they can open their doors. In the meanwhile, they’ve released a handful of cool photos showing their new space.

It’s roughly 8,700 s.f. and features eight throwing lanes. They also have a 500+ s.f. party room. Plus, there’s a bar, plenty of lounge seating and a selection of arcade games. 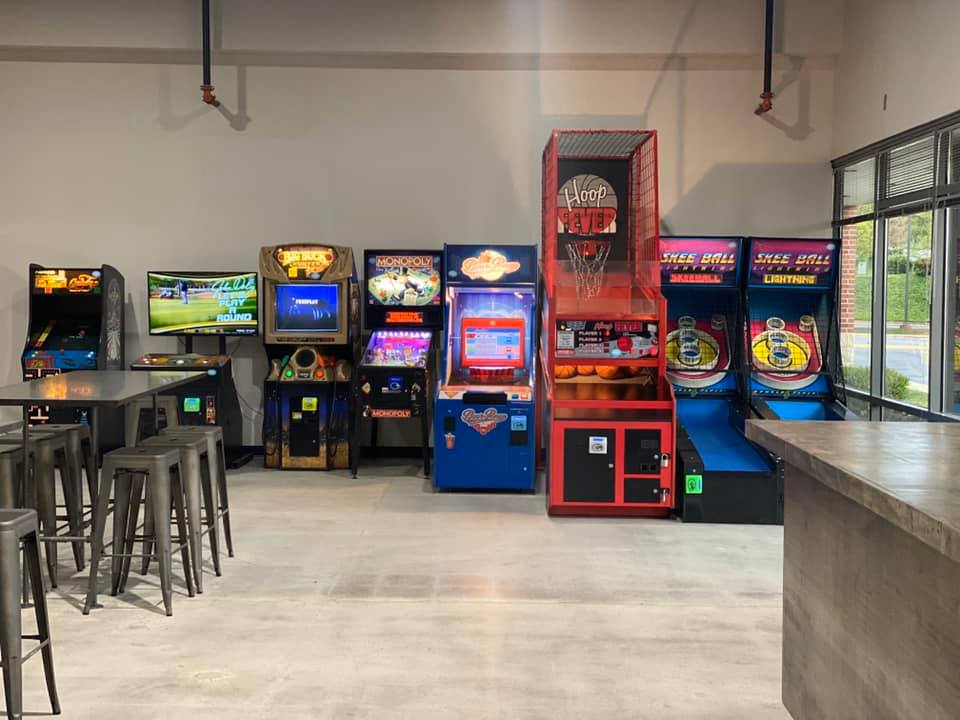 If you’re not familiar, axe throwing is all the rage of late. Friends gather and throw axes at wooden targets whilst sipping beverages and enjoying munchies.

The Burn first told you about Axes and O’s plans last August. The facility is located in an office park on Ridgetop Circle, off Nokes Bouelvard. Axe throwing is also available at the Autobahn indoor go-kart facility in Sterling, and a chain ax throwing brand called “Stumpy’s Hatchet House” (best name ever) is reportedly planned for Leesburg. (See story here.)

Meanwhile, while we wait for Axes and O’s to open, enjoy these photos of their facility. 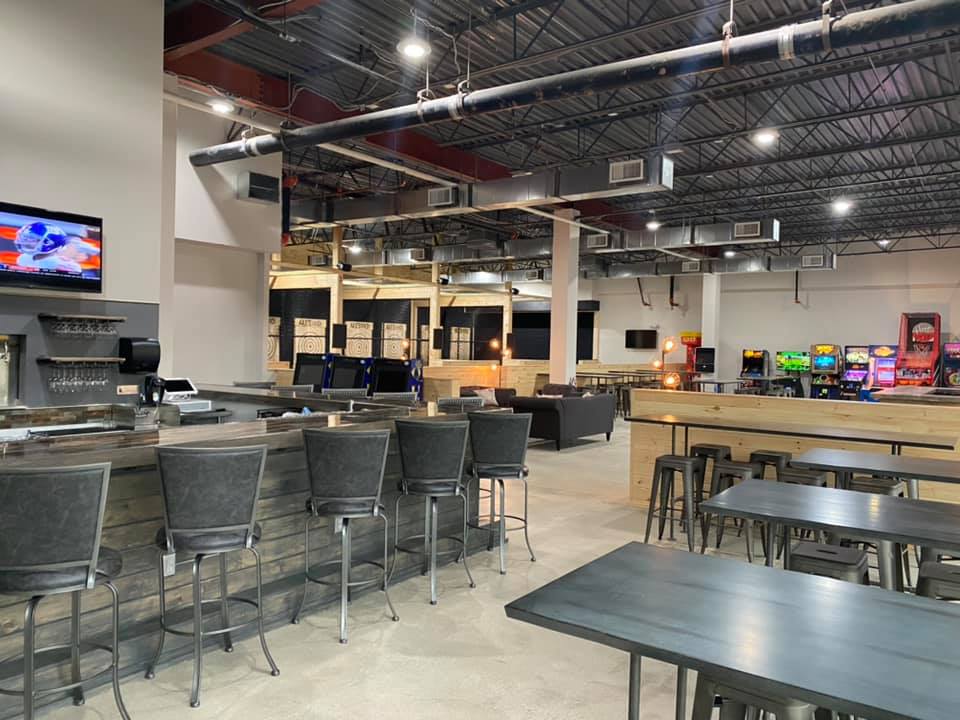 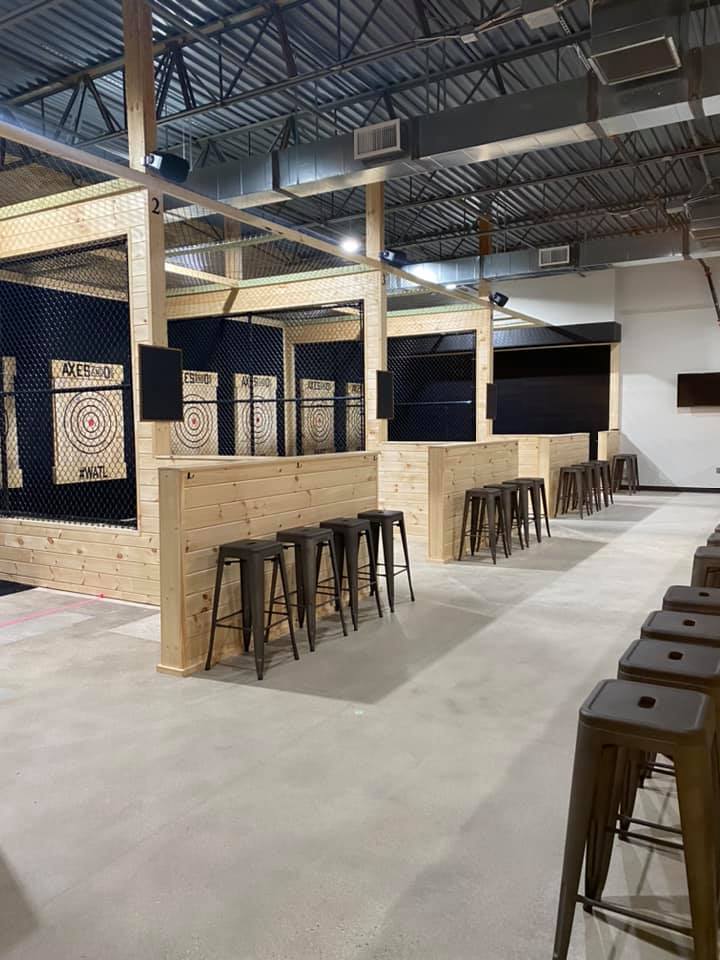 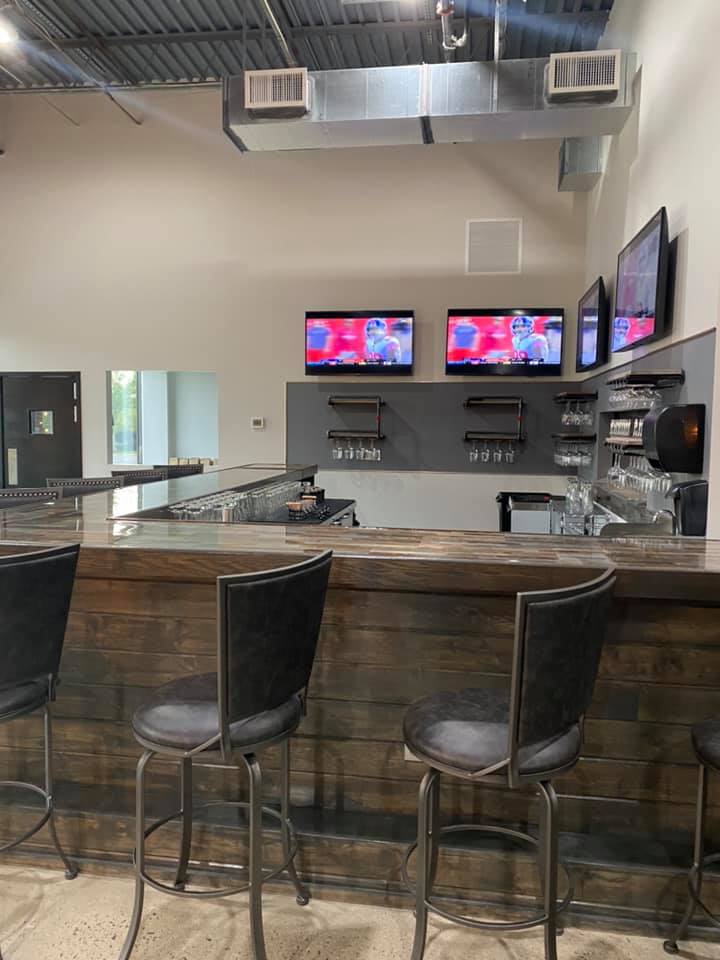 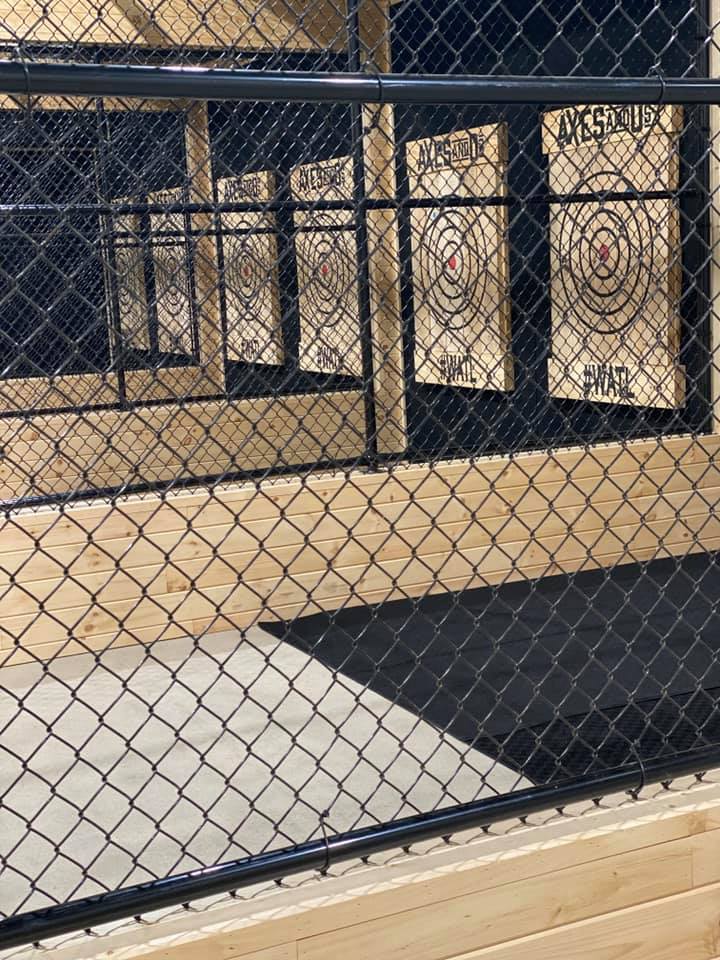 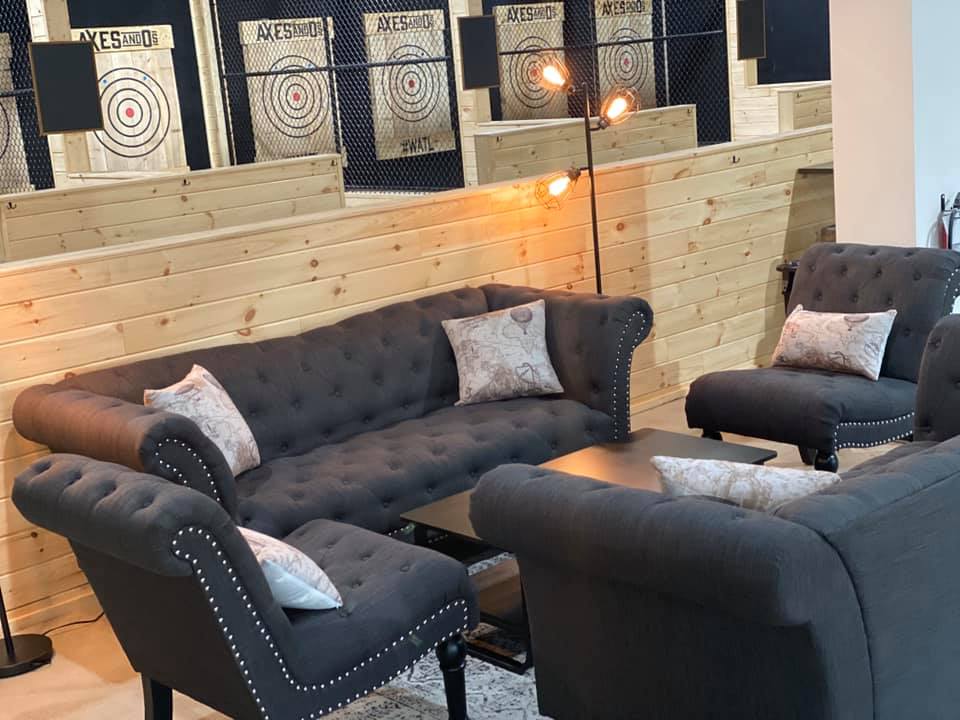 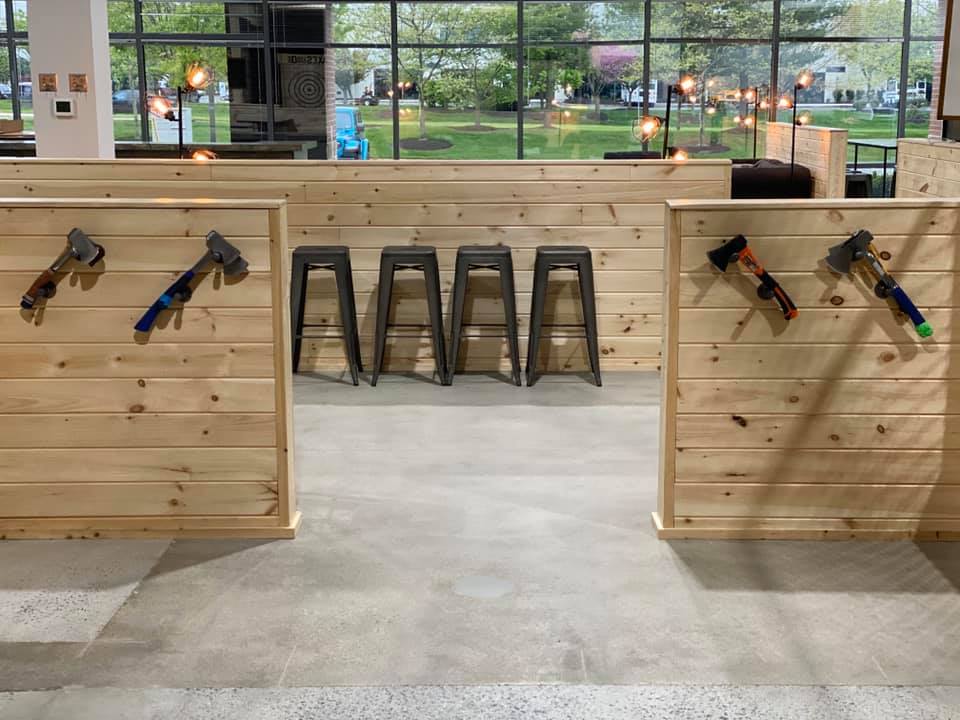