One Gramercy will go up by the new Metro stop at Loudoun Station. 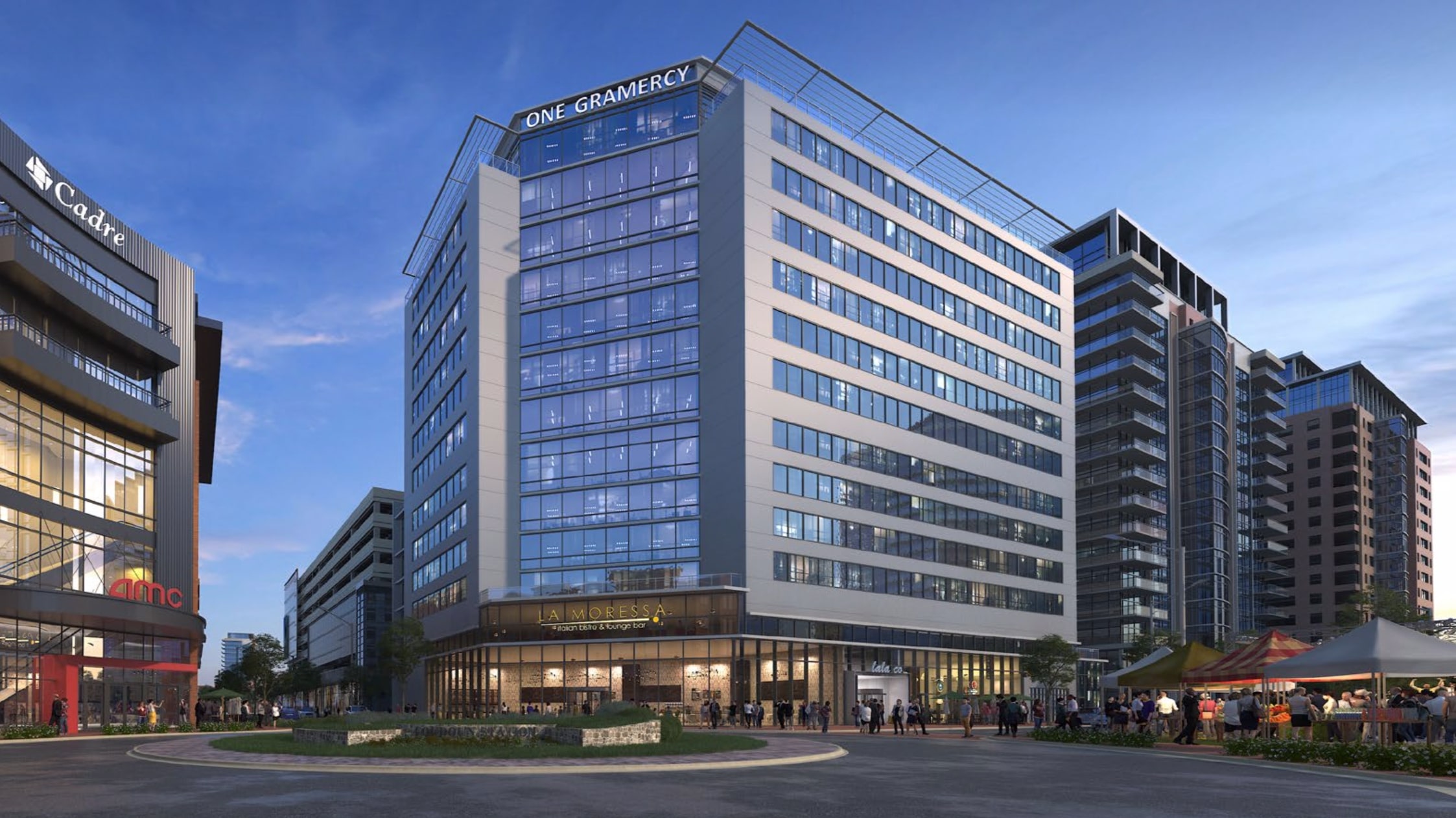 The applications are in for a new office tower at the Loudoun Station development in Ashburn that should become the county’s tallest building — 12 stories in all and potentially more than 200 feet high.

The building will be called One Gramercy and is currently being developed by Comstock Companies. It will be built on the site of a current surface parking lot — immediately southwest of the AMC Loudoun 11 movie theater, next to a recently completed parking garage. For those of you familiar with the center, that’s kitty corner from the Señor Tequila’s Mexican restaurant. 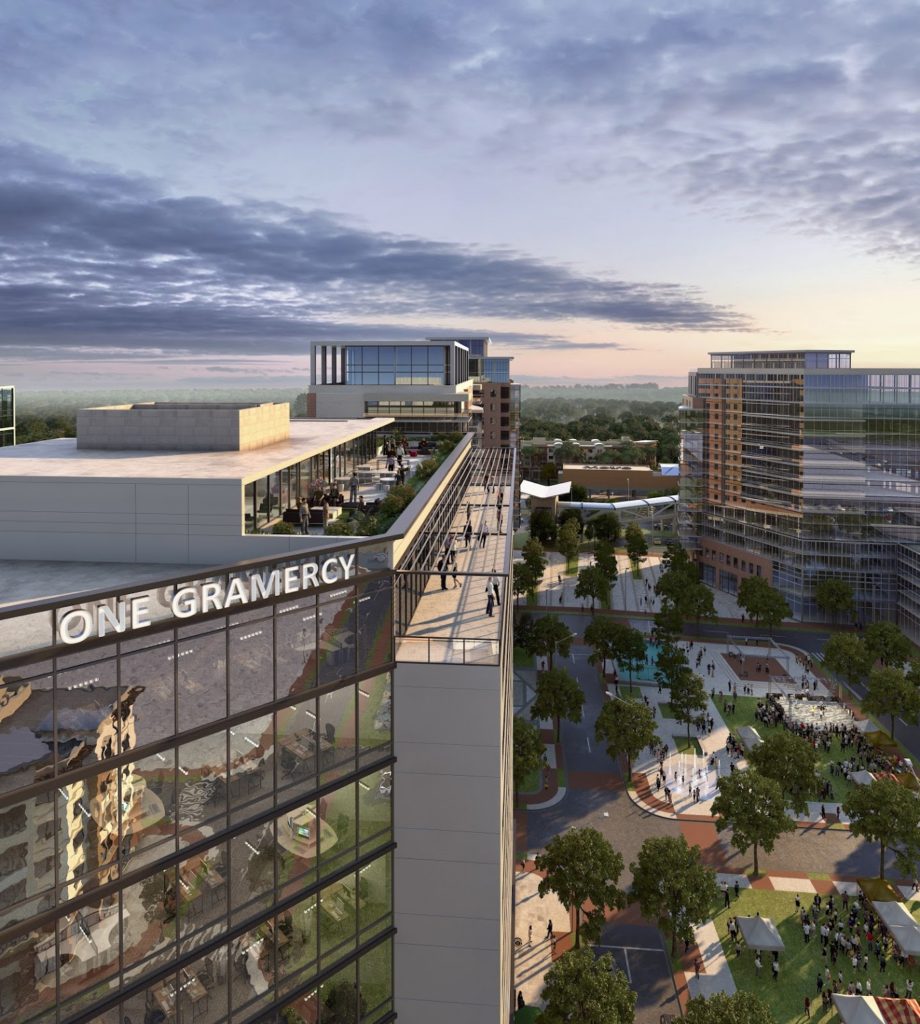 The building will feature up to 250,000 square feet of office space, several levels of parking as well as retail space on the ground floor that will likely be additional shops or restaurants for the center. There is also a space at the very top called the Sky Terrace. 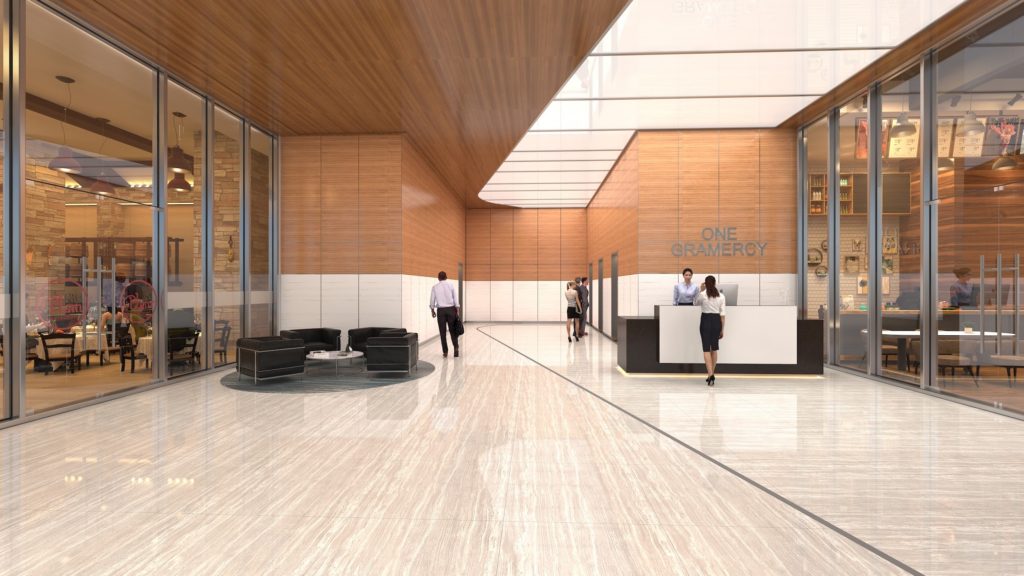 “With a 200+ foot height limit, One Gramercy will enjoy 360-degree unobstructed views of the Blue Ridge Mountains to the West, the urban skyline of Reston and Tysons to the East and the nearby Dulles International Airport,” reads the marketing materials for the project.

This will be the first of many tall buildings at the site, as plans call for a denser, more urban environment around the new Silver Line Metro station. Picture the tall buildings around Reston Town Center and the Wiehle Avenue metro station and you’ll have the idea. Below is an image showing what the development may look like when completed, including markers for One Gramercy and current restaurants and shops. 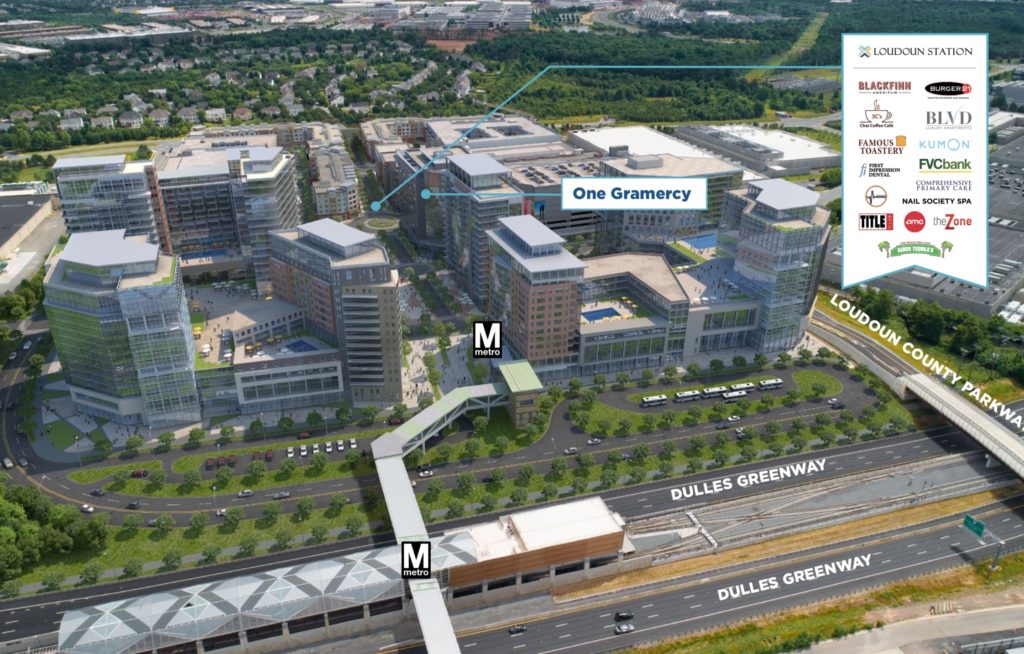 Right now, the tallest buildings in Loudoun are reportedly a series of condominium buildings at the Lansdowne Woods senior living center in Lansdowne. Four buildings at that location hover around the 146 foot tall mark.

A Comstock spokesperson says they hope to begin construction on One Gramercy by late this year.

Ashburn boy to appear on "America's Got Talent" next week