Noah performed a roughly 90-second dance routine where he played the role of a marionette-type puppet come to life. His ability to bend his limbs in crazy ways impressed the judges and freaked the audience out. The judges — including Simon Cowell, Heidi Klum, Howie Mandel and Sofia Vergara — especially appreciated the way the 11-year-old rising 7th grader at Stone Hill Middle School was able to command the large AGT stage.

“It was a really big stage. I felt very free to move around,” Noah told The Burn. “I liked the space that I had and I also liked the crowds and how many people were there.” 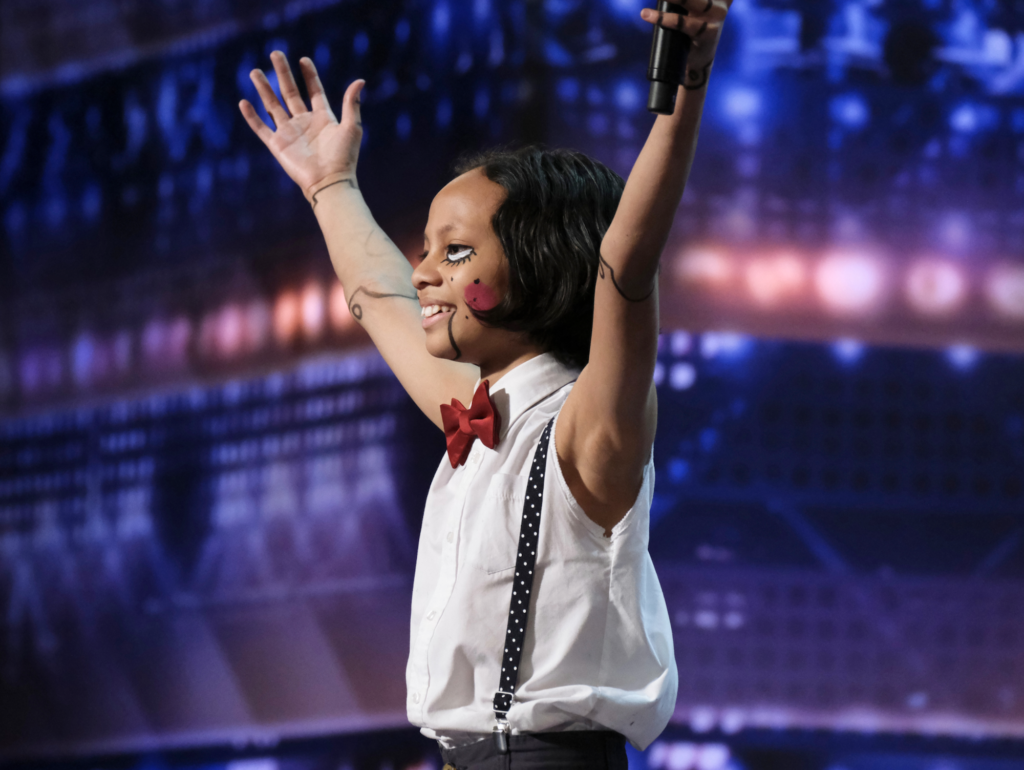 “One of my teachers there actually choreographed my routine for AGT,” said Noah, referring to Studio Bleu dance instructor Jesse Lloyd. “I have so many friends there and the teachers there are so kind. It’s my favorite studio.” (See our original story about Noah here.)

Noah recorded his performance at the AGT studios in California back in March, prior to the Covid-19 pandemic shutting down production. Now — thanks to the four “yes” votes, Noah moves on to the next rounds — which usually include live performances. However, due to the pandemic, things may be different this year. Noah’s dad, Brandon, says they are still waiting on details.

Here’s video from his AGT performance.