Portions of Battlefield Parkway will shut down in late July so an overpass can be built.

A portion of a major road in Leesburg will close in a few weeks — and stay closed for at least ten months — while a large construction project takes place. We’re talking about the intersection of Battlefield Parkway and Route 7.

As part of the ongoing process to streamline traffic on Route 7, an overpass with exit ramps will be built over the intersection. This will allow traffic on Route 7 to continue unimpeded, without having to stop at traffic lights. Traffic on Battlefield Parkway will cross over Route 7 on the new overpass. Also, the nearby traffic signal at Cardinal Drive will also be removed during this project and the intersection there will be modified. 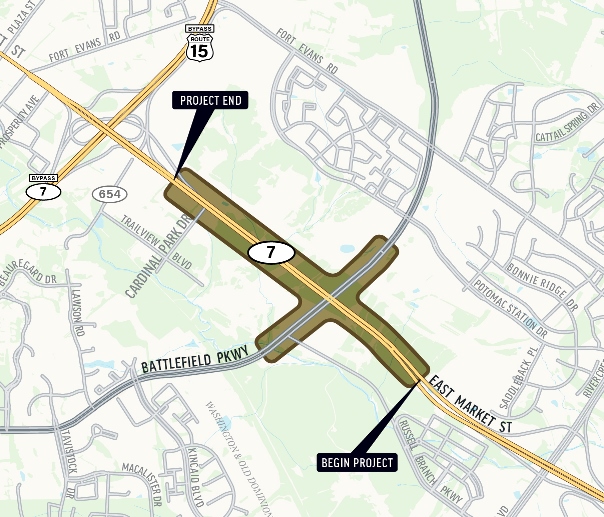 This is just the latest in a series of overpasses Virginia DOT has built on Route 7 to speed traffic along and avoid bottlenecks between Sterling and Leesburg. In recent years, overpasses have been built at Loudoun County Parkway and Belmont Ridge Road.

It’s important to note — during this latest construction, Route 7 will stay open. The current traffic lights will also be removed. Many commuters will surely cheer at this news. However, sections of Battlefield Parkway on the north and south sides of Route 7 will be closed for close to a year. There are a series of detours planned for drivers who would normally use these sections of Battlefield Parkway (see image below). 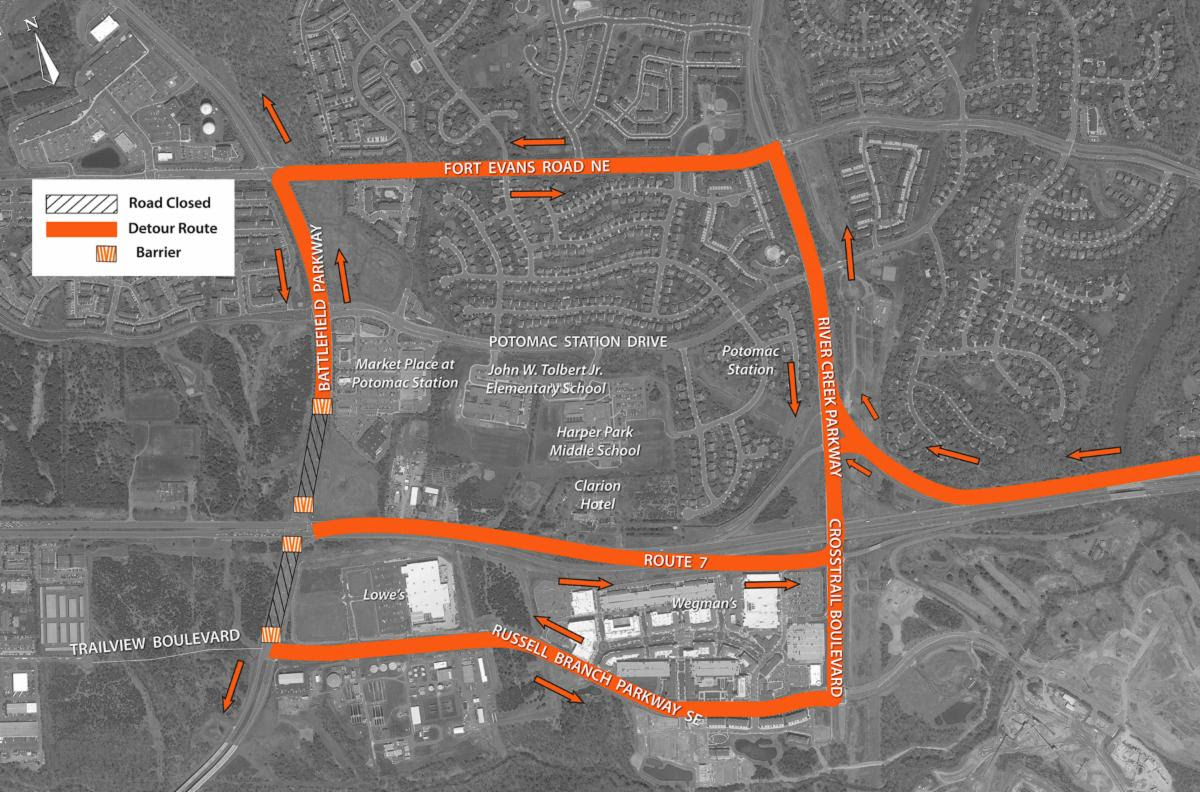 The exact date of the road closures hasn’t been announced yet, but plans call for it to start in late July and last about 10 months. Below is a video with more information about the overpass project and the closure of Battlefield Parkway. You can also see all the information on the project here.