New glimpse into the future of One Loudoun

We have a new peek at what all that construction at One Loudoun is about. As The Burn reported — it’s new apartments, retail and restaurant spaces and parking ramps — but we’ve got a heretofore unseen picture that makes it all clearer.

Back in April, The Burn told you about Vyne, the new apartments under construction at One Loudoun. We also told you about the the retail space that is going up on an island in the middle of the new street they are building — an extension of Exchange Street that runs through the center. But despite our best efforts, it still wasn’t easy to fully envision.

Now, we’ve got this new image that gives a better idea of what is coming. The road splits in two — traffic goes one way on one side, the other way on the other side. On either side of the road below the Vyne apartments, there are brand new retail spaces. And in the middle, there is an “island” with two retail spaces — clearly envisioned as restaurants or food service tenants. One building is 2,500 s.f., the other 1,500 s.f. and in between them is an open air patio and pedestrian space. 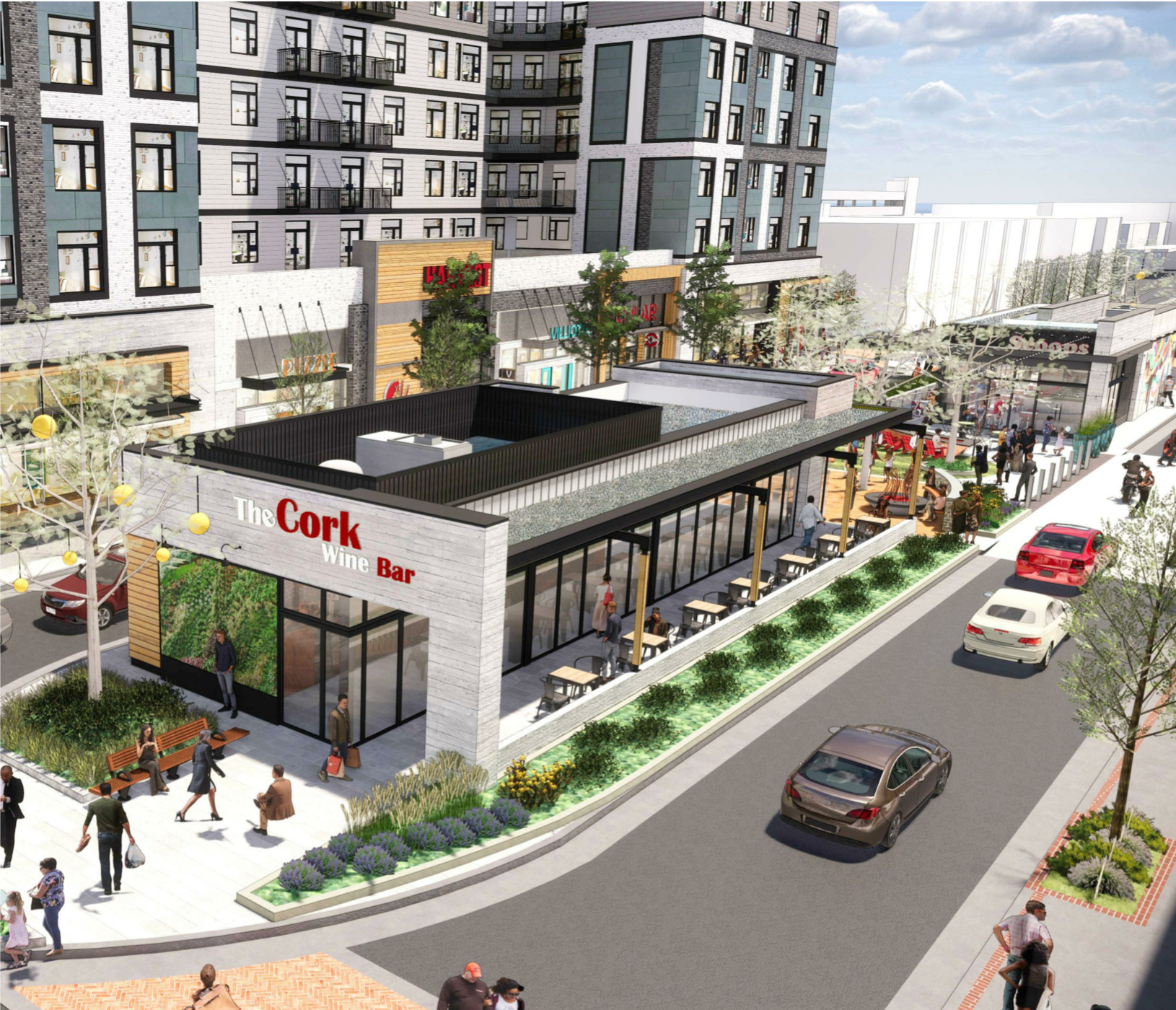 If you haven’t been to One Loudoun recently and can’t picture where this is, here’s a map showing the new construction on the righthand side (the north side of the center). The two middle-of-the-street buildings seen in the rendering above are the ones marked Z1 and Z2 on the map. 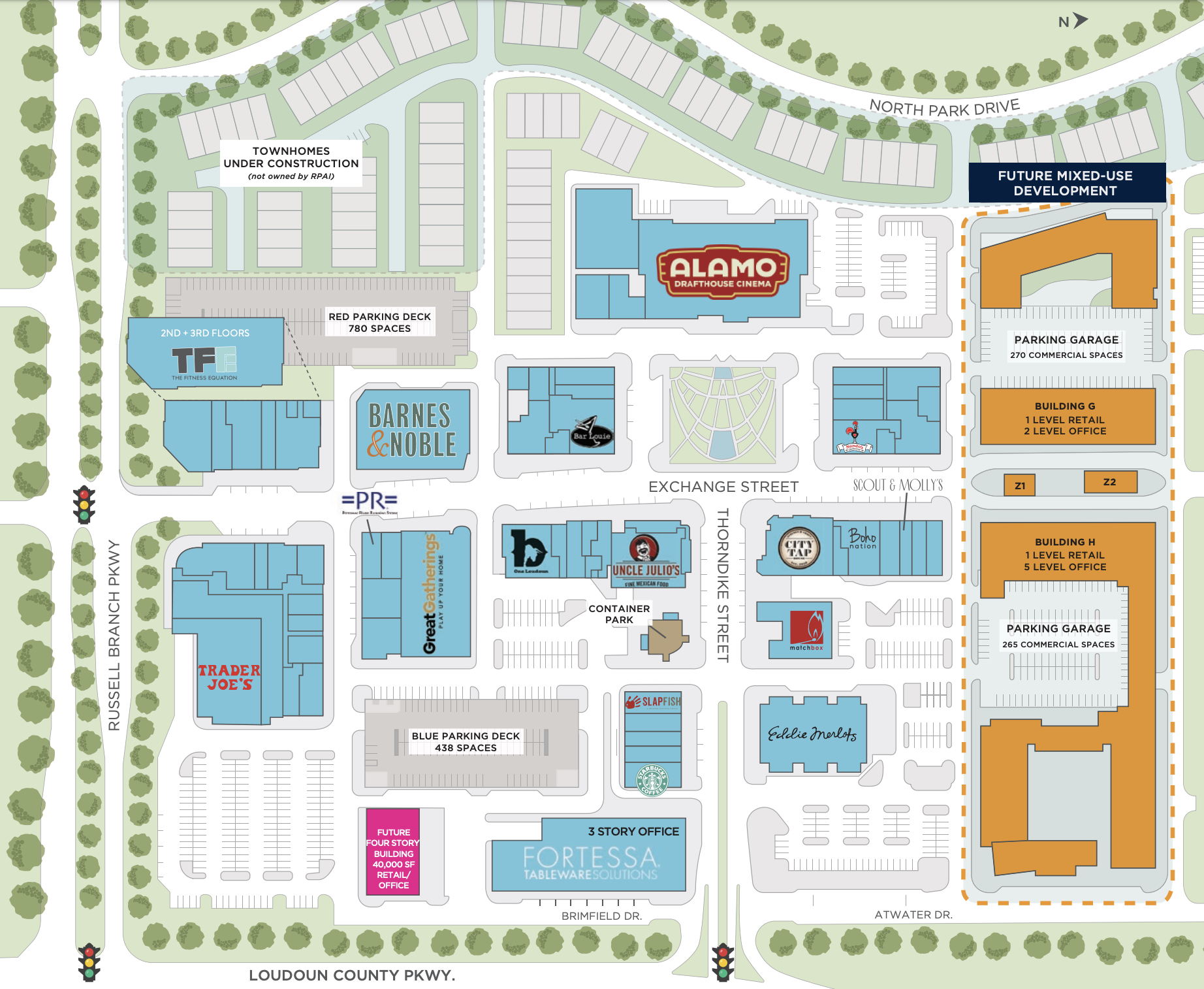 No word yet on when construction will be finished or when we will know what new tenants might be taking these spots. Rumored brand names have circulated for years, but no official announcements yet.

Next Post
Dramatic images of flash flooding in Leesburg

2 thoughts on “New glimpse into the future of One Loudoun”