The mini-diner is made from part of an old WWII B-29 bomber. 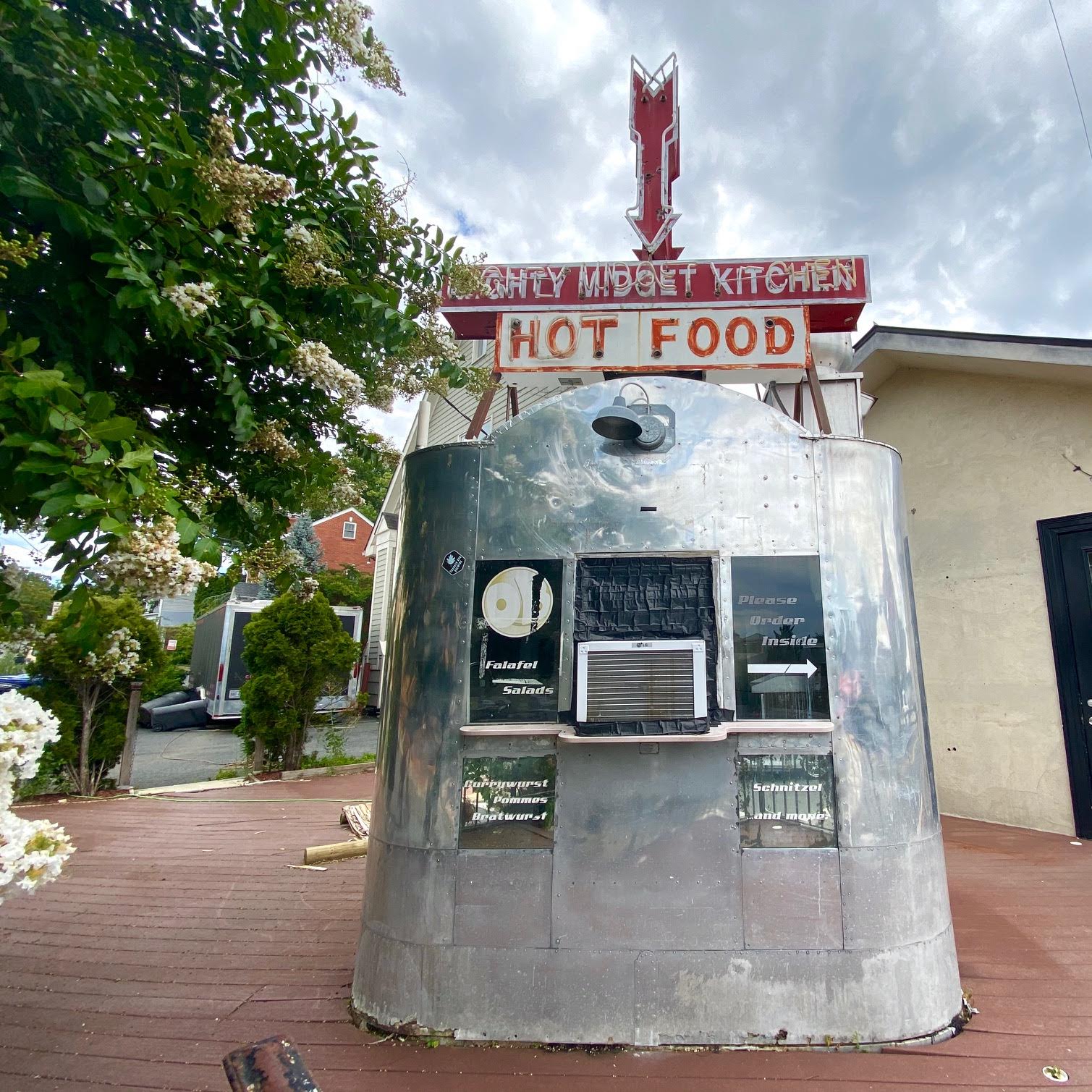 The Burn loves local history and this story just makes us smile. The Mighty Midget Kitchen is returning to its historic spot next to Mom’s Apple Pie Bakery at the pie-shaped intersection of East Market Street and Loudoun Street SE. The news was first reported by the local Loudoun Now newspaper.

If you’re not familiar with the Mighty Midget Kitchen with its amazing neon sign on top, it is a miniature diner made out of parts from a scrapped World War II B-29 bomber. It sat in front of the Mom’s Apple Pie building from the 1940s to the 1990s, back when the shop was originally a corner gas station. Eventually, the town was given possession of the diner. In 1996, the shiny metallic food stand was moved over to the McDowell Brew Kitchen building on Harrison Street SE. It was used for a variety of purposes, most recently as the home of the Doner Bistro, a gyro and kabob restaurant. Since the Doner Bistro relocated last year, the Mighty Midget Kitchen has sat empty.

Now, the owner of Mom’s Apple Pie has signed a new lease with the town for the structure. According to the report, Avis Renshaw will move the Mighty Midget back to its original location in front of her pie shop and start serving to-go food once again. Hooray! 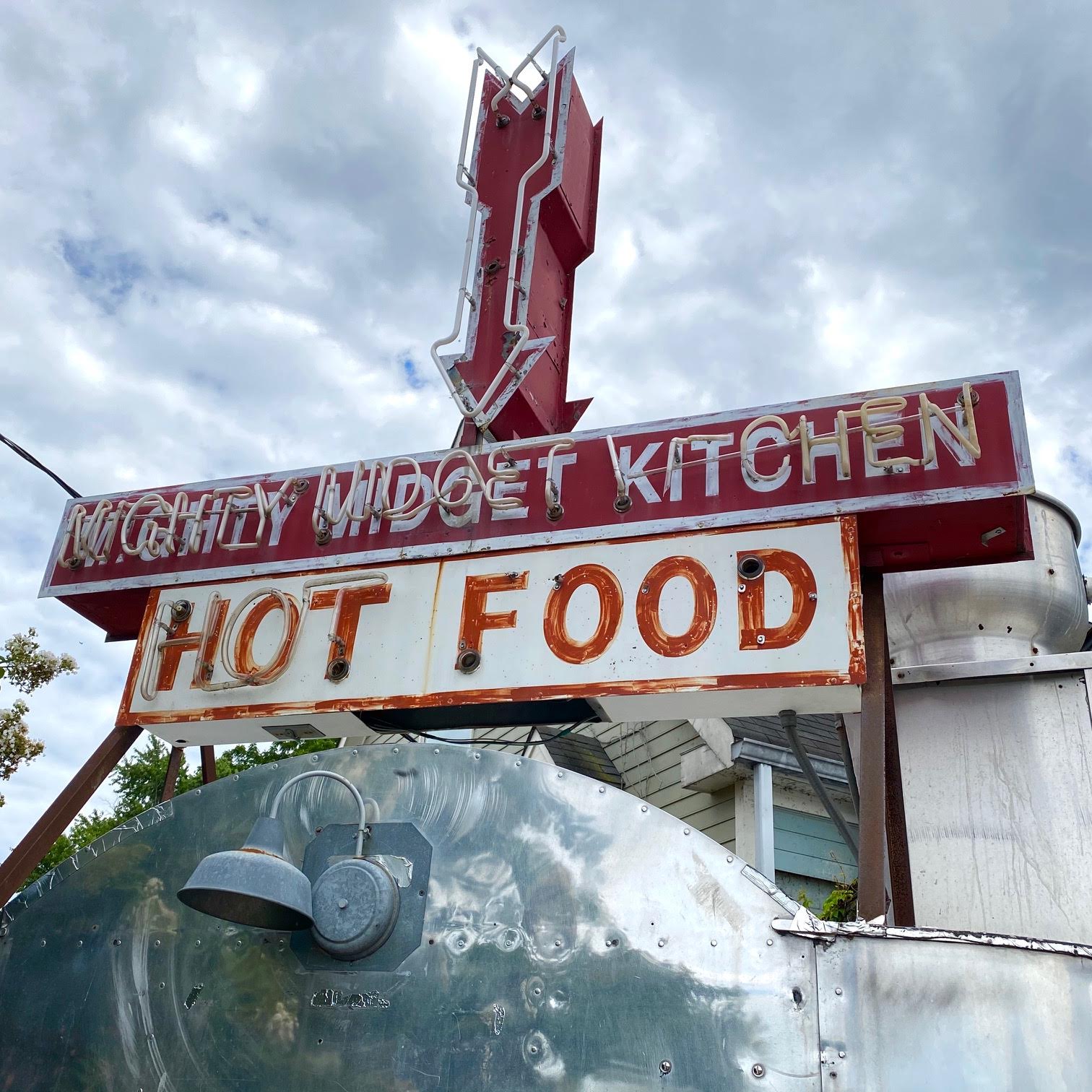