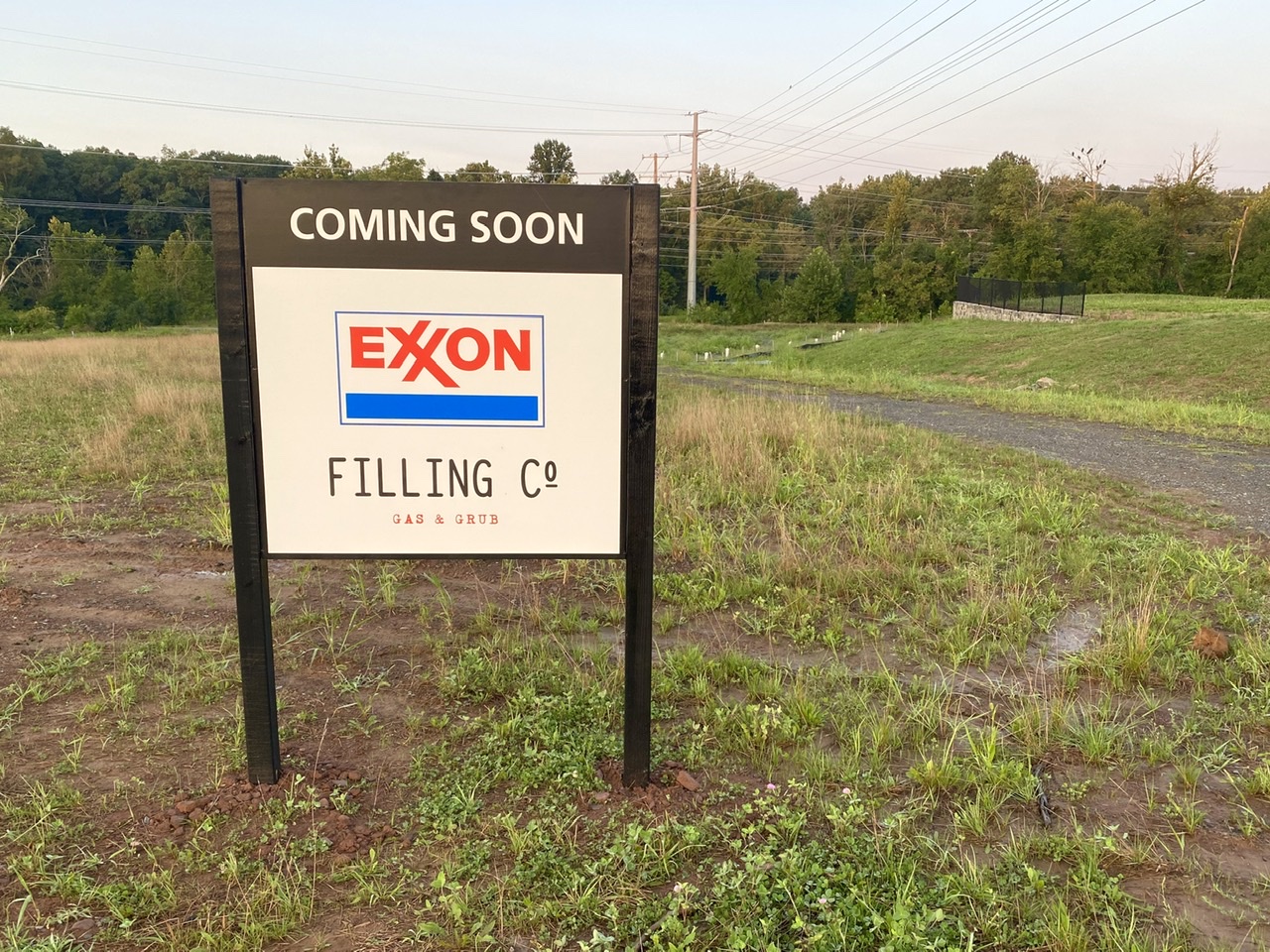 A new Exxon gas station along with a Filling Co. Gas & Grub convenience store has been officially announced for a site at the under construction Brambleton Corner Plaza. It’s the second gas station in the works for Ashburn’s Brambleton neighborhood, which has waited years for a gas station to call their own.

The new station will be located near the CVS drugstore at the corner of Northstar Boulevard and Evergreen Mill Road (the portion of the road formerly known as Shreveport Drive). The development is called Brambleton Corner Plaza and — besides the CVS and Exxon station — plans also call for other retail shops including an as-of-yet unnamed drive-thru restaurant. 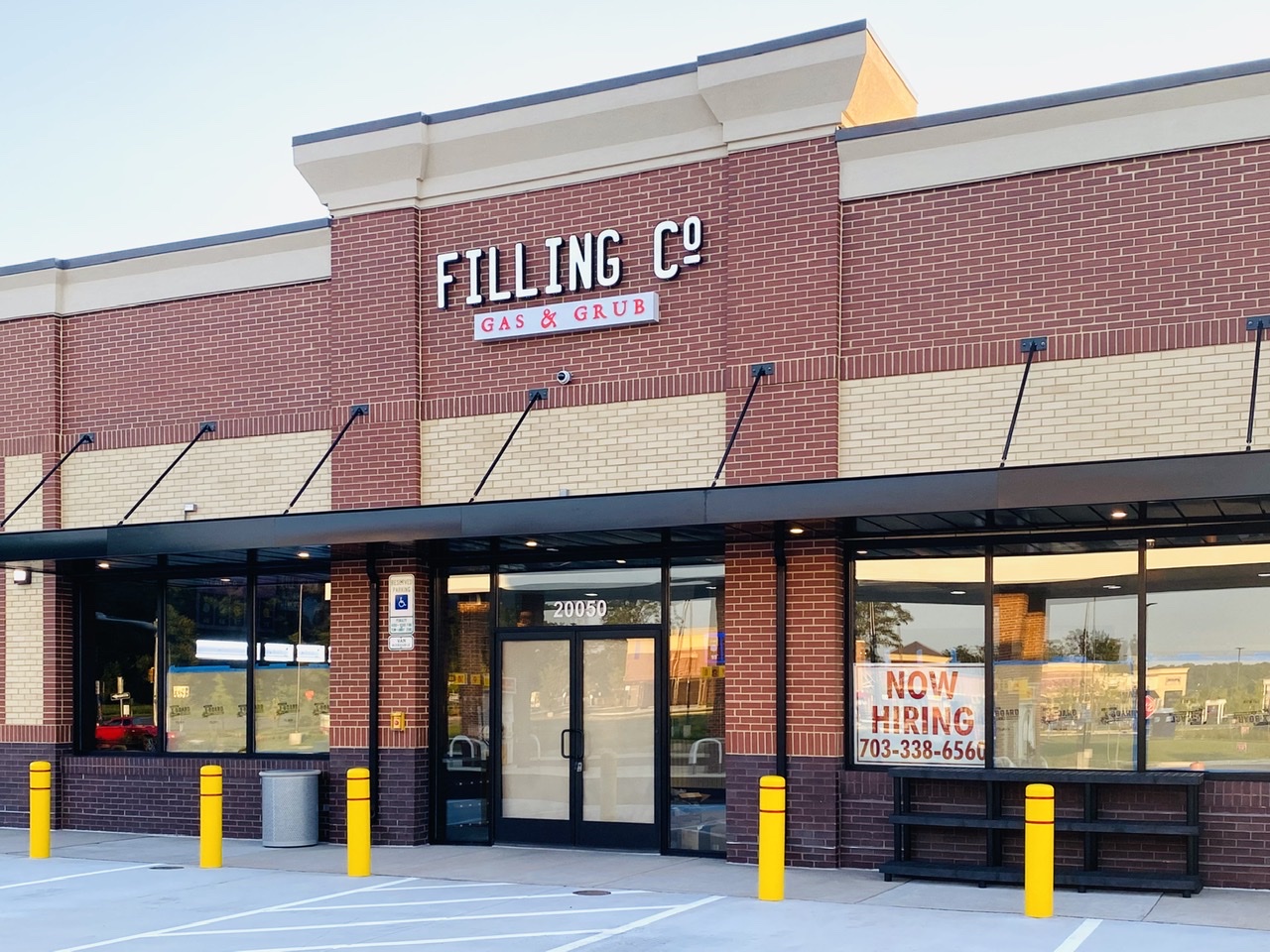 The Exxon/Filling Co. project is the latest local gas station/c-store from the Rubino family, which also owns the popular local Rubino’s Pizzeria chain. The family is expanding its empire to include their own convenience store brand — the Filling Co. Gas & Grub — which will feature a to-go restaurant inside with an expansive menu. As regular readers of The Burn know, the first Filling Co. location is getting ready to open in the Ashbrook Marketplace shopping center near Route 7. A second Filling Co. location along with a Shell station was announced earlier this year for the Brambleton Town Center. The new Filling Co. off Northstar will be the third location for the brand.

Timelines call for the Ashbrook location to open in the next couple of weeks. Construction on the Brambleton Town Center location should start in a few weeks and they hope to complete it by the end of 2020. The schedule for the third location on Northstar is contingent on the expansion of Northstar to the south and the progress on the new Hanson Regional Park under construction nearby. That location will include a car wash.