A reader wonders why construction started and then stopped at the site off Battlefield Parkway. 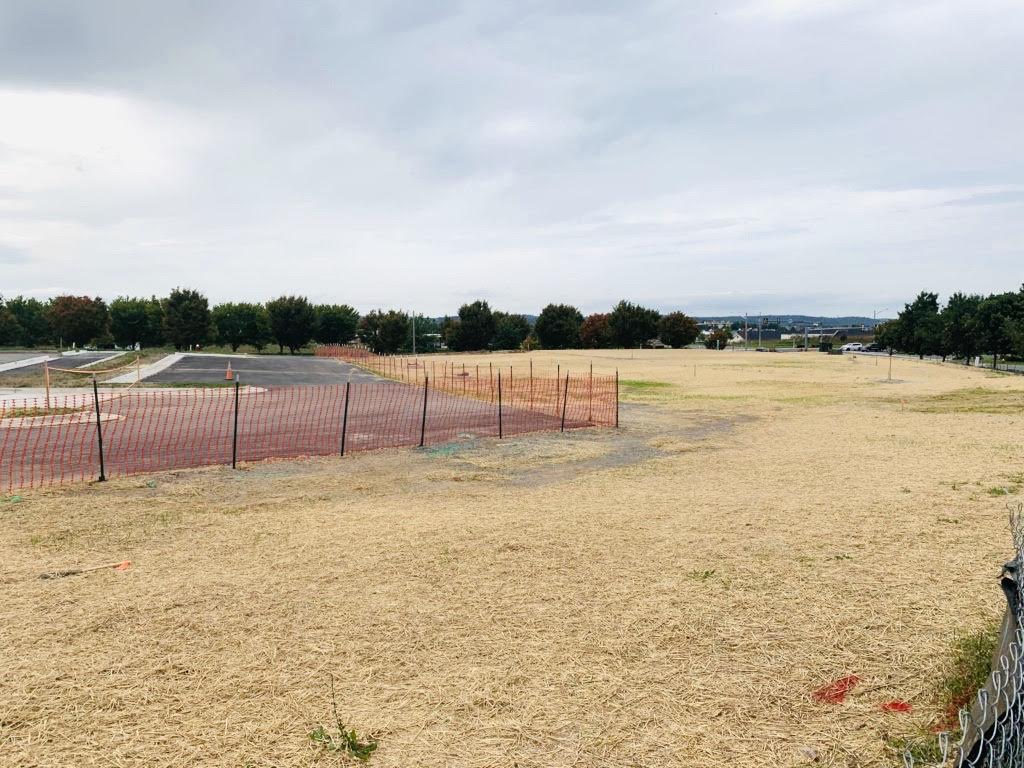 QUESTION: “It appears the construction has stopped on the Chick-fil-A at Battlefield Parkway and Miller Drive in Leesburg. (Work on the Dunkin’ Donuts building next door is ongoing), but the area for the Chick-fil-A is separated off and hay has been spread over the area. It’s strange.” — M.K.

ANSWER: Don’t worry, MK. We checked with the developer and are told all is on track for the new Chick-fil-A coming to that corner. The work you have seen up to now was the landlord doing “site work” to get the property ready for the new tenant. In other word, the landlord does things that are part of its responsibilities under the deal. This could be leveling and grading the land, installing underground utilities, and other prep work. This gets the site ready for the actual building to go up. In this case, the landlord has finished their site work, and is turning the property over to Chick-fil-A, who will then come in and start erecting the building. That’s expected to happen around March 2021. This is the lull between those two parts of the process.

If you’ve got a Burning Question for The Burn about something you’ve spotted in the area related to roads, restaurants, retail or other things we cover, send it to and we’ll see if we can get you an answer.

One Loudoun goes to the dogs with its annual Bark Bash