A stretch of Loudoun County Parkway was turned into a tangled mess Tuesday afternoon when a dump truck accidentally drove off with its bed in an upright position, snagging overhead power lines.

The incident happened around 3:50 in the afternoon, near the intersection of LoCo Parkway and Thorndike Street. That’s right across the street from One Loudoun. The dump truck was leaving a construction site at the location.

That’s apparently what happened — the PTO was left on and the bed of the truck rose without the driver realizing it.

“Power lines and Verizon communication lines were low hanging, however high enough for the truck to pass underneath with the dump portion down,” the info from the LCSO continued. “The dump (portion), however, was up because the PTO was left on and … pulled the line, snapping a pole in half. The driver was an uninjured. However, he was advised by Fire Rescue to stay inside … the truck until the power was turned off.” 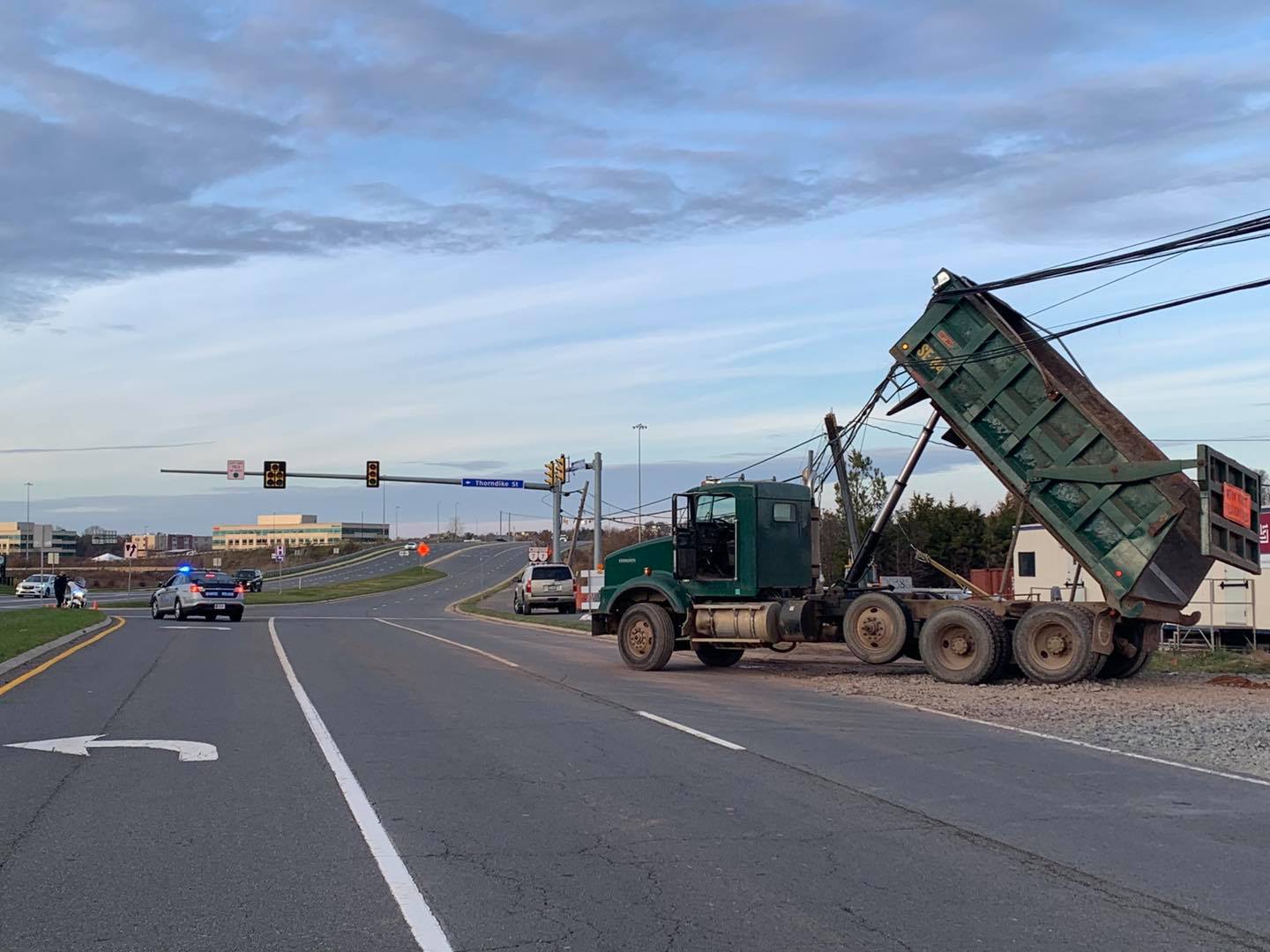 The driver was inside the truck for about 30 minutes before he was safely extracted. With all the construction in Loudoun County, you would think this would be a somewhat common occurrence, but the LCSO says it only happens once or twice a year on average. The scene was cleared by about 7 p.m. Tuesday and repair crews continued their work on the power lines until about midnight.

The new restaurant is under construction at the Commonwealth Center along Loudoun County Parkway.