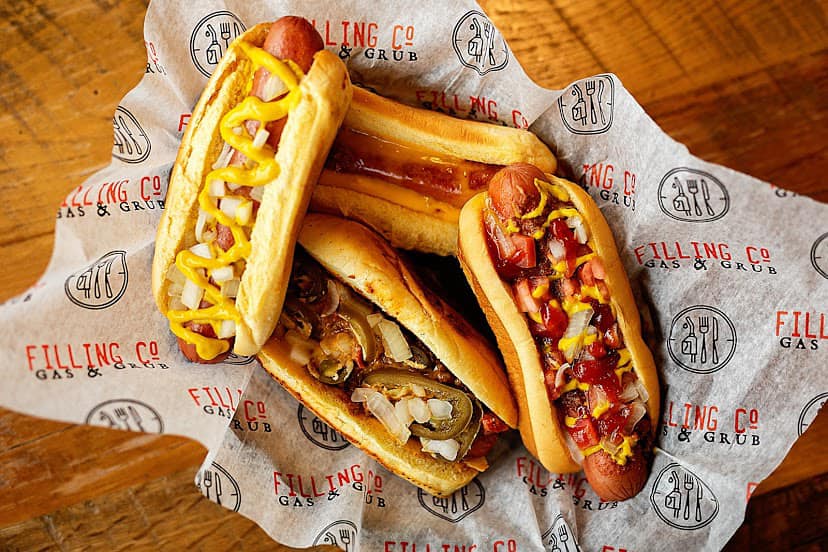 On this day where Americans celebrate being thankful by eating a lot, The Burn is thankful for a surprise honor bestowed upon us by a local burgeoning restaurant chain. We’re talking about the Filling Co. Gas & Grub, the new convenience store with a fast-food restaurant inside that recently opened in the Ashburn Marketplace Center. A second Filling Co. Gas & Grub is coming to the Brambleton Town Center in 2021 with a third in the works.

A reader recently pointed out that among the extensive menu items at the Filling Co, there was a hot dog called “The Burn.” It’s a Sabrett-brand hot dog — deep fried — and topped with jalapeños and Rotel cheese. Wow! We know folks love The Burn, but this is the first time that we’ve had a menu item named after our site. In full transparency, we should point out that we did not contact the owners of the Filling Co. to confirm if the hot dog was named after us. There’s always the chance that they could say, “No. It’s just named for Ashburn and because jalapeños add a little heat to the dog.” We didn’t want to be disappointed.

The name could also be a clever marketing scheme and a way to get their restaurant and menu mentioned again on The Burn. If that was the intention, job well done. Mission accomplished. Happy Thanksgiving!