A ray of hope during this time of continued economic fall-out from the coronavirus pandemic — construction on the new At Home big box store in Leesburg appears to have resumed — months after work was halted in the early days of the outbreak.

At Home — a national home furnishings and decor retailer that bills itself as a “home decor superstore” — is building a roughly 88,000 s.f. store at Compass Creek, the new retail development going up off Battlefield Parkway between 267 and the Leesburg Airport. The store will be right next to the new Walmart.

The Burn first reported on the planned At Home location back in January 2019. Later that year, work was underway and continued quickly until the coronavirus pandemic outbreak in early 2020. That’s when a statement from At Home corporate headquarters said that all work on new stores had been suspended. But in the past few months, work has slowly resumed at the sight. The parking lot has been paved. The brand’s gabled roofline facade has been constructed over the entry. And workers could be seen working inside the space. 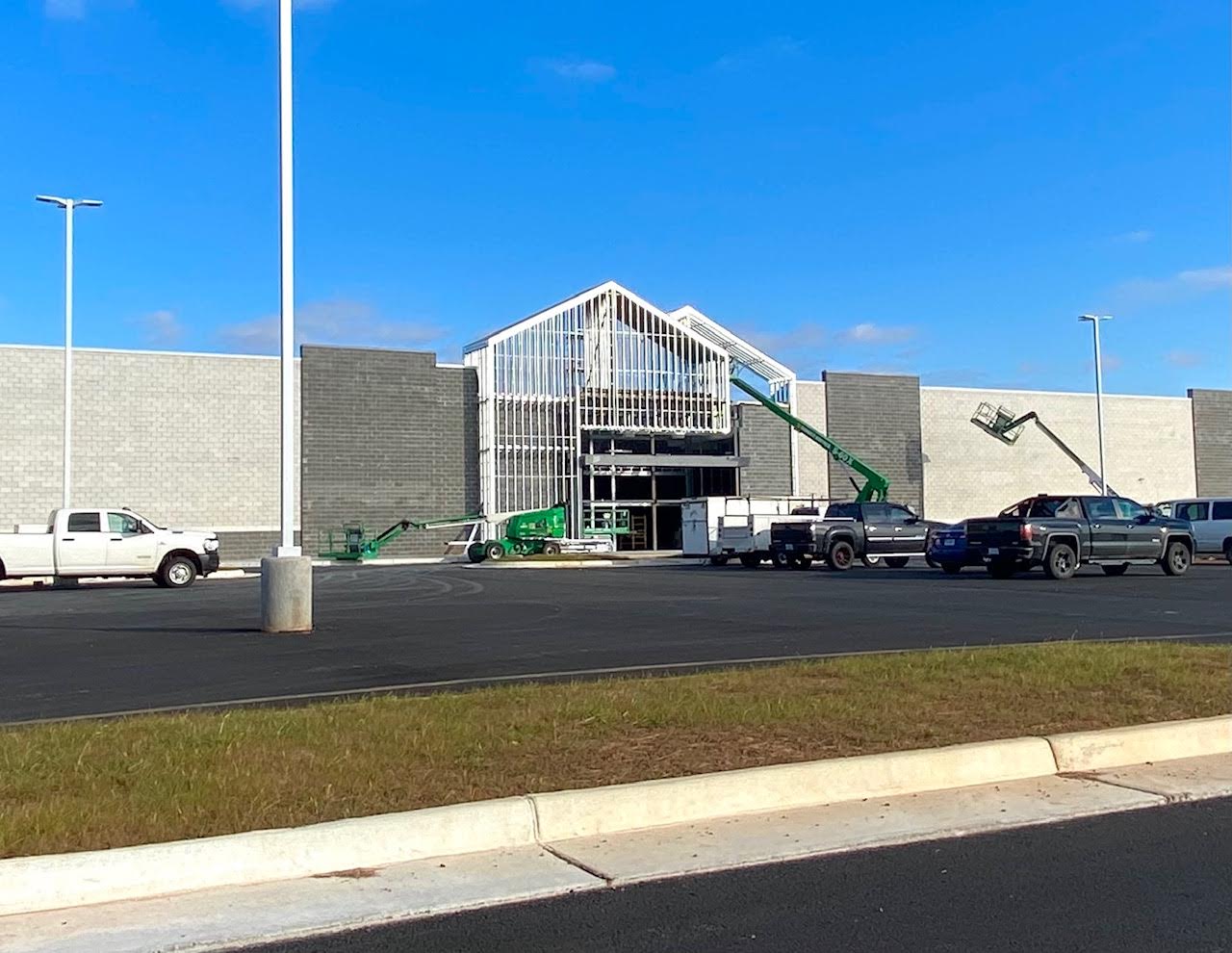 We’ve reached out to At Home HQ again for an update. No word back yet on when the store might open, but at least construction is underway again — a sign at least some retailers see brighter days ahead.

Leesburg At Home store delayed due to pandemic

Construction on the new home decor store has been stopped for months.

The fuel station and convenience store would go in next to the new Walmart store.