The incident happened at the Dulles Crossing Plaza. 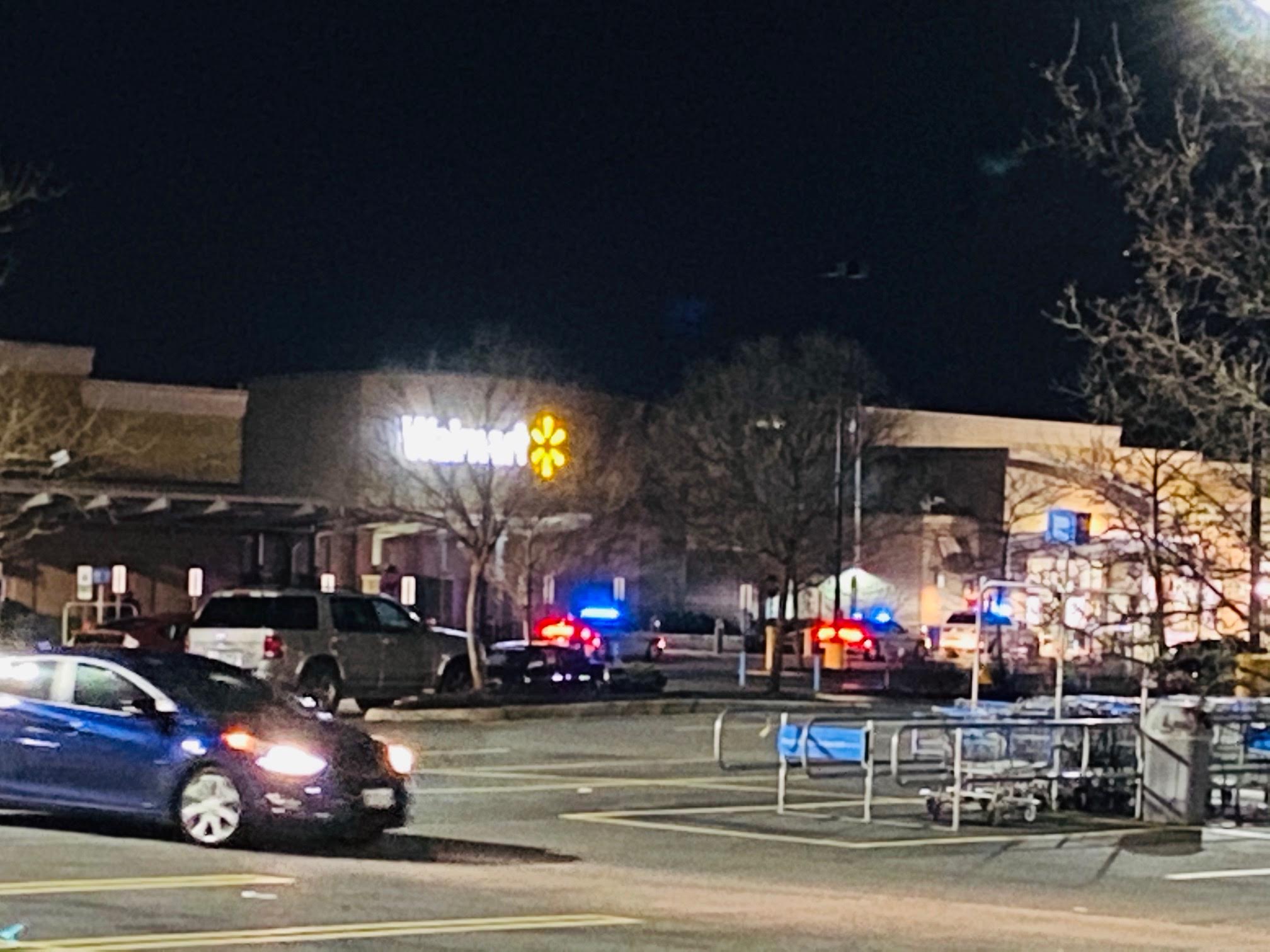 UPDATE: A shooting late Saturday afternoon at the Walmart store in Sterling has left three people injured, including a Sheriff’s deputy. That deputy is in serious but stable condition at Reston Hospital and is expected to undergo surgery. His injuries are not believed to be life threatening. The suspect fled and, and after a manhunt that lasted more than two hours, officials have now confirmed the suspect was taken into custody Saturday evening.

Sheriff Mike Chapman held two press conferences Saturday evening to provide more details on the incident. According to Chapman, a suspect was believed to be in the process of shoplifting items from the Walmart store at the Dulles Crossing Plaza in Sterling. That’s next door to the Sam’s Club and the Lowe’s Home Improvement store. Walmart loss prevention team members confronted the suspect and took him into a security office while Sheriff’s deputies were called. Two male deputies arrived and were in the process of taking the suspect into custody when the suspect began to struggle and suddenly drew a firearm from his waistband and began shooting. The two Walmart employees were struck as was one of the two deputies. Chapman said the deputy was struck multiple times in his lower extremities, which would be in and around his legs. The other deputy was able to return fire and the suspect was shot an unknown number of times. Nevertheless, the suspect was able to flee the store and find a pick-up truck in the parking lot with the keys in it. He reportedly took the truck and headed south on State Road 28 into Fairfax County. The three victims at the Walmart were transported to Reston Hospital where they are being treated for non-life threatening injuries. A manhunt in Fairfax County in the area of SR 28 and Highway 50 lasted for more than two hours. It involved officers and assets from Loudoun County as well as the Fairfax County Police and the Virginia State Police. K-9 police units tracked the suspect and the Fairfax Police helicopter searched from overhead. Officials confirmed the suspect was taken into custody in the 7 p.m. hour. Reports that the suspect shot at police officers in Fairfax County as they pursued him have not been confirmed.

UPDATE: A Sheriff’s Office spokesperson confirms one of the victims at Saturday’s shooting at the Walmart in Sterling was a Sheriff’s deputy. The other two victims were civilians. The call originally came in as a larceny in progress, which would include merchandise being stolen from a store.

UPDATE: The pursuit of the suspect reportedly headed south on State Road 28 into Fairfax County. Media reports say the suspect crashed his vehicle. Fairfax County Police have issued an alert that they are searching for a suspect in the area of the 13000 block of Willard Road. The suspect is described as a male in a grey sweatshirt and sweatpants wearing black shoes. People are asked to avoid the area.

ORIGINAL REPORT: Loudoun County Sheriff’s officials have confirmed that there was a shooting this afternoon at the Dulles Crossing Plaza at the Walmart store in Sterling. We’ve been told that several victims were transported to area hospitals. The injuries are not considered life threatening. The suspect fled in a vehicle. The situation is still fluid, and unofficially, we have heard one of the victims could be a Sheriff’s deputy. We are also hearing that a search is underway and a police helicopter from Fairfax may be assisting in the manhunt.