The new coffee house and bistro is coming to South King Street.

The new Goosecup coffeeshop and cocktail bar coming to downtown Leesburg has an opening date. If all goes as planned — they will open their doors on Saturday, January 30.

As The Burn first reported last week, Goosecup is opening on South King Street in a new building just in front of the new King Street Station condo community. They will feature a menu focusing on coffee drinks during the morning and noon hour, transitioning to cocktails for happy hour and the evening. There will be accompanying food menus.

While the final menus haven’t been released, coffees will include espressos, americanos, lattes, cappuccinos, macchiatos, flat whites, cortados, mochas, as well as drip coffee. On the cocktail front, Goosecup will have both classic cocktails and house specialities, such as one they are calling Club Pearadise, which will feature Japanese whisky, Asian pear shochu, white miso, orgeat, lemon and egg white. For food — in the mornings, there will be breakfast tacos, granola bowls, various toasts and breakfast sandwiches. As the day progresses, the menu will shift to cheese and charcuterie boards, ceviche, beef carpaccio and more. 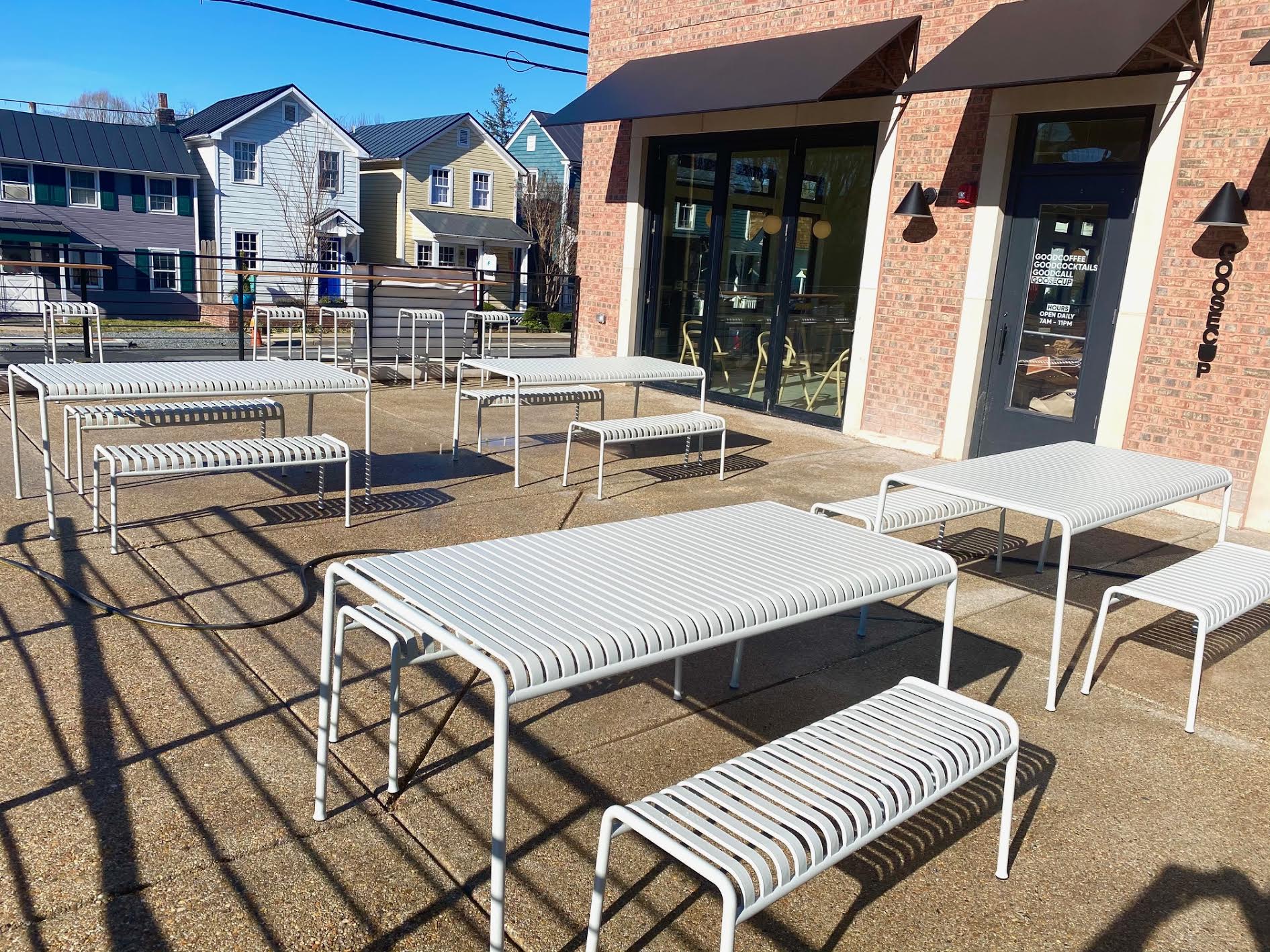 There will be roughly 60-70 seats inside, with an equal number outside on the large patio. Goosecup in the brainchild of Zaara Raza, a native Leesburgian, and her husband, Ahad Raza. “Goosecup is focused on the marriage of excellent, simple menu items, world-class hospitality, and beautifully designed spaces that feel both elegant and casual,” Ahad Raza told The Burn.