A Jamaican carry out and delivery restaurant has debuted in an unusual spot — the kitchen of an Irish pub. The new concept is called Grandpa Hank’s Jamaican Kitchen. It’s a ghost kitchen operation — meaning it doesn’t have its own dining room or bar, and just focuses on delivery via services like Grubhub and Uber Eats. It’s operating out of O’Malley’s Pub on Holiday Park Drive in Sterling.

Executive Chef Stephon Washington is the mastermind behind Grandpa Hank’s. Washington has Jamaican roots and is sharing some of his favorites, such as jerk chicken, oxtail stew and curry goat. Here’s a look at the menu. 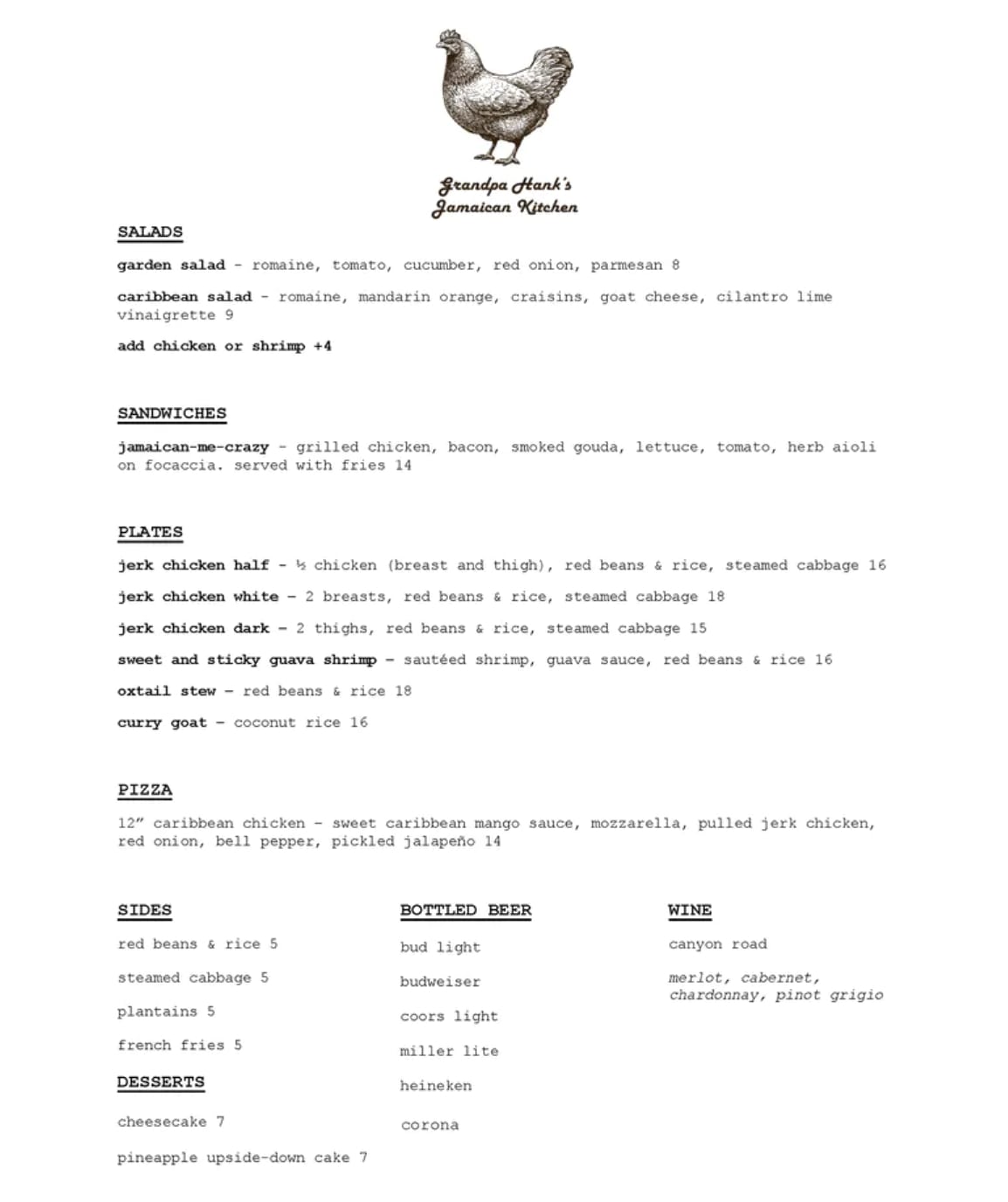