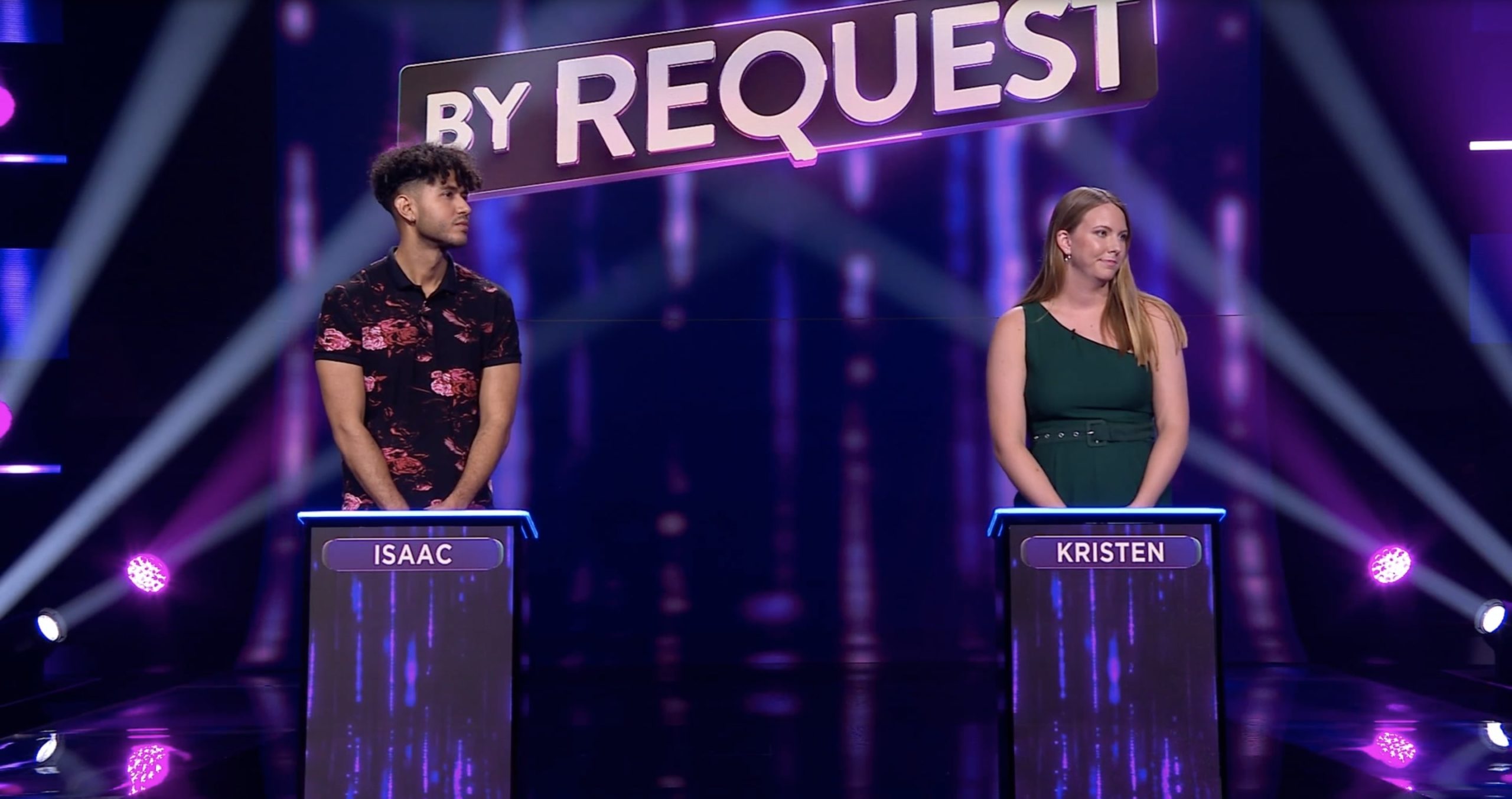 Here’s something you don’t see every day. Not one, but two Loudoun County residents appeared on a nationally-televised game show last week. And even more bizarre, they competed against each other.

The show was the new incarnation of “Name That Tune” on the Fox television network. The show is hosted by actress Jane Krakowski and former “American Idol” judge Randy Jackson. In the episode from February 24, the first two contestants on the show were Isaac from Ashburn and Kristen from Purcellville.

Usually, TV show public relations reps reach out to local media before an area resident appears, in order to help generate interest. But we didn’t hear boo about two locals on the show until a kindly reader sent us the link to the show. We’ve sent a message to the show for more details, but at this juncture, we don’t even know Isaac and Kristen’s last names. Nevertheless, if you’d like to watch the Loudoun duo face off, we’ve embedded the episode below.