Two Ashburn moms have really gone to the birds

Two Ashburn moms are having a little fun with the vulture problem facing the Broadlands neighborhood. They dressed up as the unpopular birds and went on a hilarious photo shoot around the neighborhood.

Kate Amstutz and Jen DiDonato both live in the Broadlands. And Amstutz is a professional photographer, so she knows a thing or two about taking a memorable photo. “My motivation was just to make people laugh at an otherwise (crappy) situation,” Amstutz told The Burn. “If you’ve seen the Hillside (Elementary School) playground, you know what I mean.” 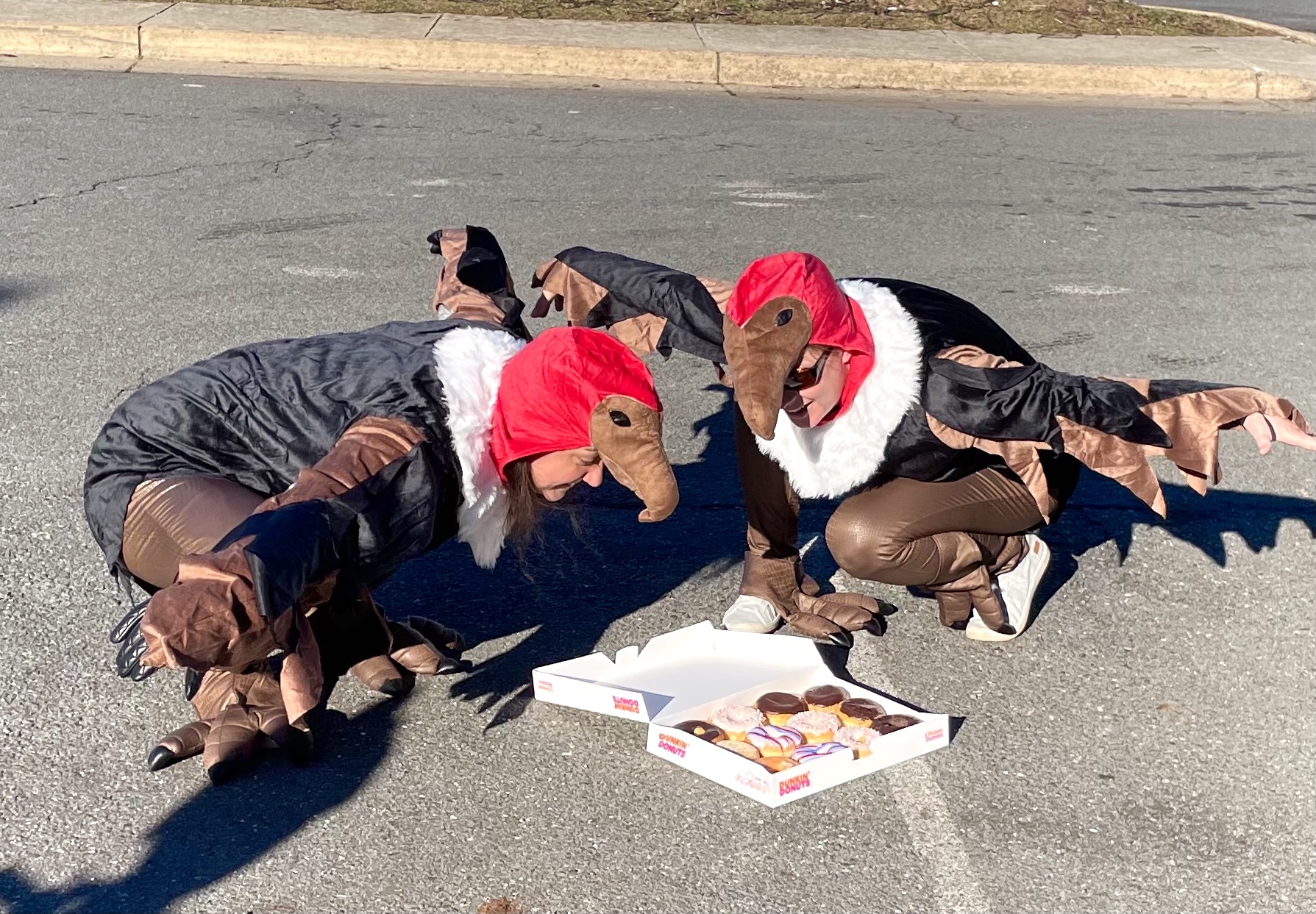 The Broadlands made headlines last week when it was announced that the HOA and Loudoun County Public Schools were bringing in experts to try and scare away a large flock of vultures that has settled in the neighborhood. 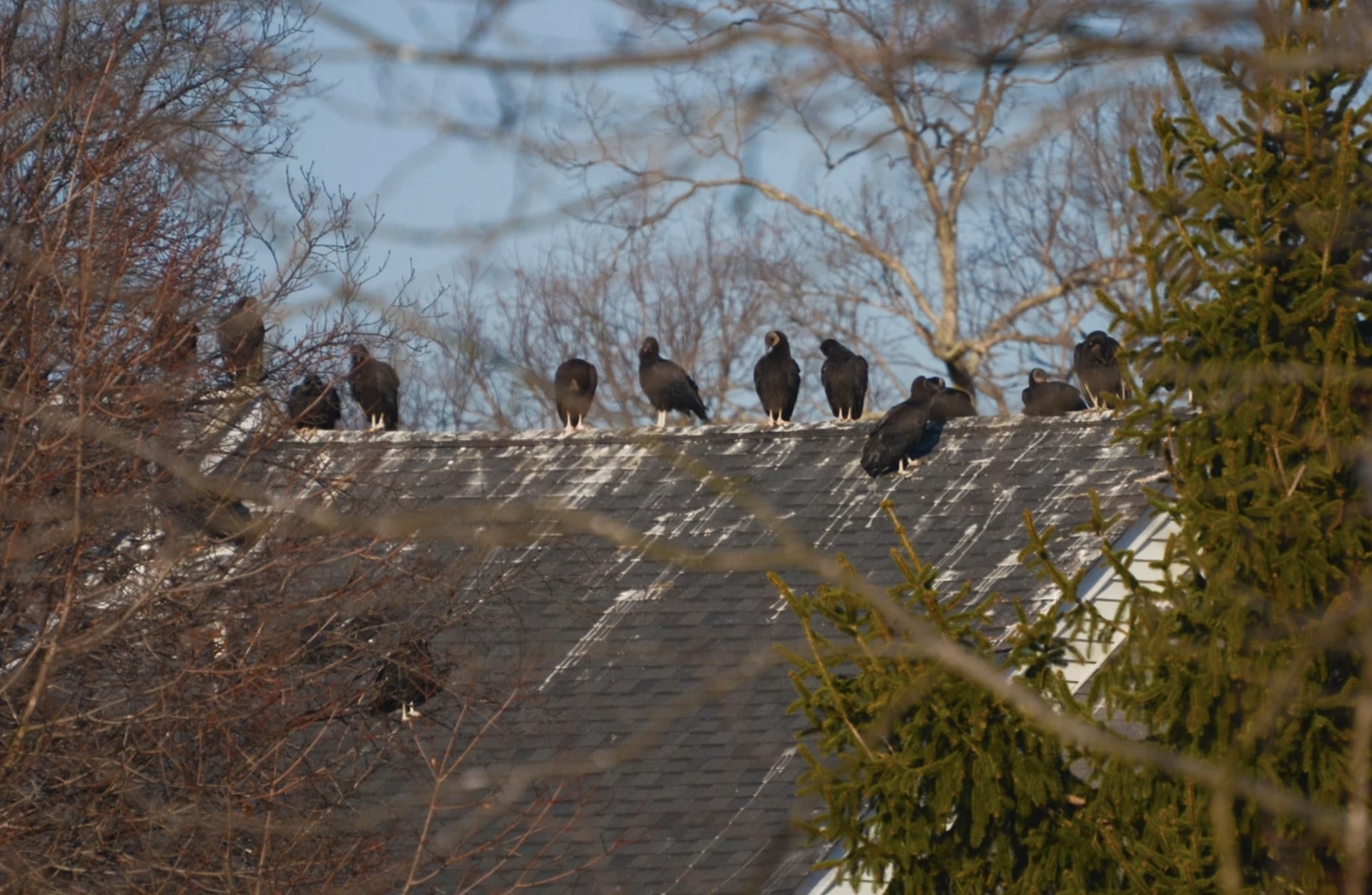 Vultures on roof of a home in The Broadlands. (Image: Steve Kapinos)

Residents say the vultures — 150 of the birds or more — defecate on rooftops and playground equipment and damage buildings and vehicles by picking at rubber parts. You can see our coverage of the problem — and a response from a local wildlife expert — here.

Amstutz says she found the costumes on eBay and calls them “the best impulse purchase of my life.” Enjoy the rest of the photos below.

Dr. Jennifer Riley says efforts to scare away the birds can have unintended consequences.

Government experts are coming in to help deal with the problem.