The letter talks about his autism and his dream of working in the animation industry. 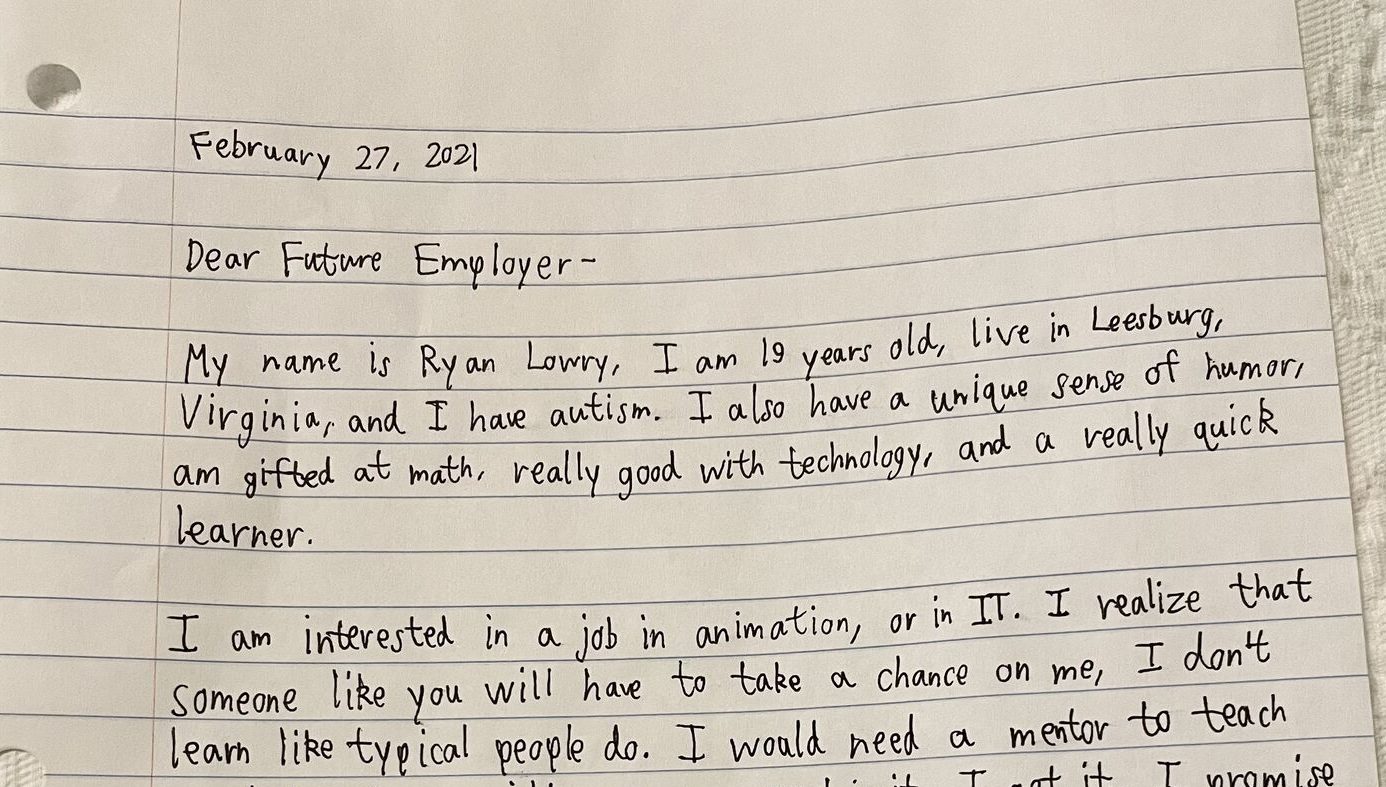 A Leesburg man has gotten quite a bit of attention recently, after he posted a unique cover letter to the LinkedIn social media site. The letter has been viewed by millions of people and been featured by national news outlets like CNN, “Good Morning, America,” the New York Post and also appeared on news sites around the globe.

Ryan Lowry is 20 years old and has autism. He’s a graduate of Heritage High School and he’s about to finish up a special post-graduate program for young people with special needs at Independence High School in Ashburn. Currently, Ryan is working at the SimplyBe coffee shop in Leesburg, but his dream is to find a career in the world of animation. Rather than send out hundreds of letters to companies all over the country, Lowry posted a handwritten cover letter to LinkedIn, a social media site for the business world.

The letter reads in part: “I realize that someone like you will need to take a chance on me. I don’t learn like typical people do. I would need a mentor to teach me, but I learn quickly. Once you explain it, I get it. I promise that if you hire me and teach me, you’ll be glad that you did.”

The letter went viral — millions of views, more than 177,000 likes so far, thousands of comments — and he received responses from people all over the place — many with words of encouragement, others with job leads. Dozens of companies have reached out to Lowry to discuss his interests and his future. While he fields and responds to this outpouring of support, he’s learning some animation skills with A Place to Be, a Middleburg-based organization that provides music therapy and other programs for people with special needs. He also made the video below to thank everyone that has responded to his letter. Way to go, Ryan!