Fried chicken fans, start your engines. The new Bojangles location in Loudoun County is getting close to opening its doors. Ahead of the big day, The Burn got a tour of the new restaurant and an update on where things stand. 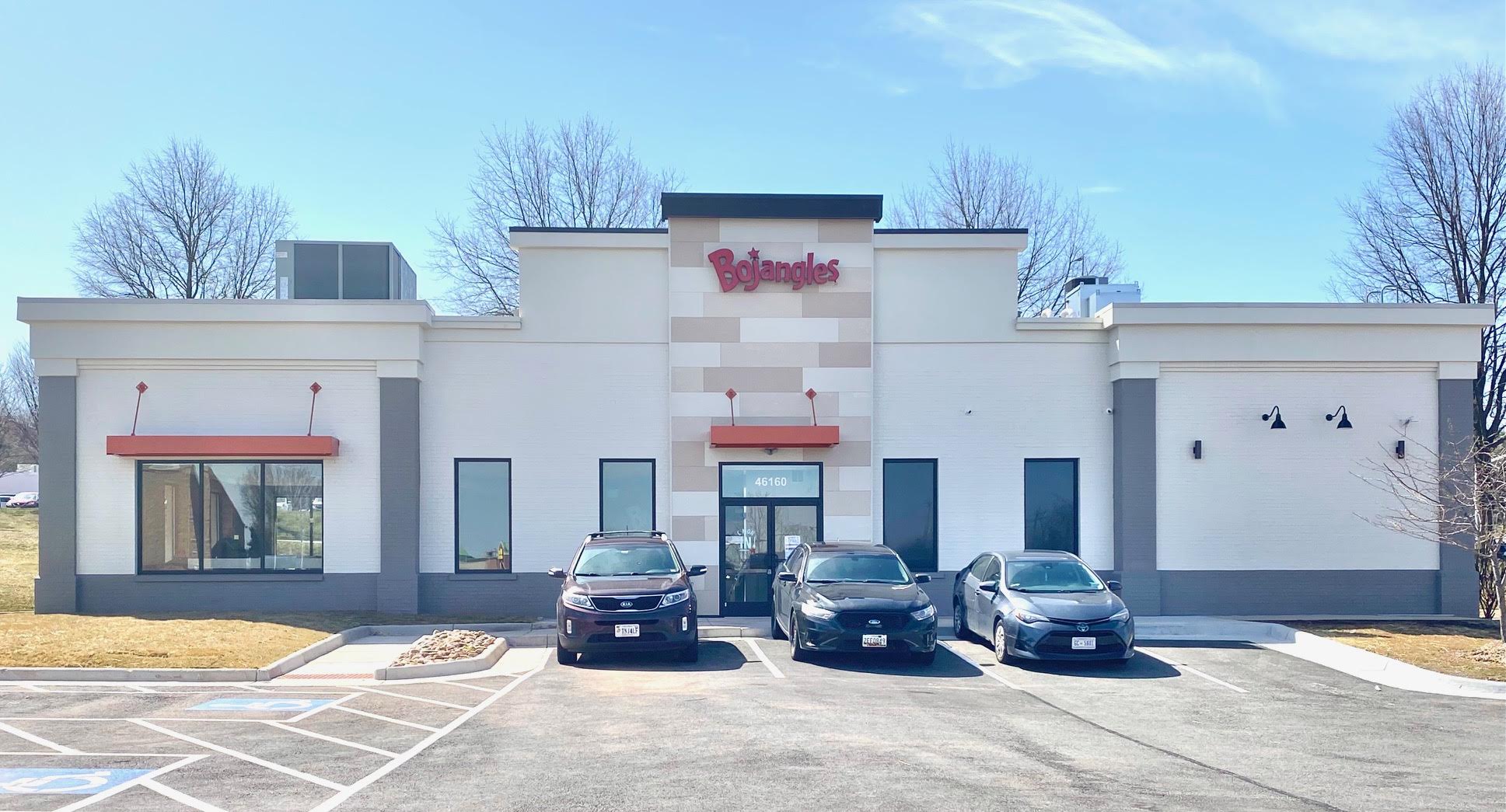 As regular readers of The Burn know, the new restaurant is in the Potomac Run Plaza in Sterling. It’s right next to the Target and across the street from the Costco. The Bojangles team took over an old Capitol One bank building and gave it an extreme makeover. 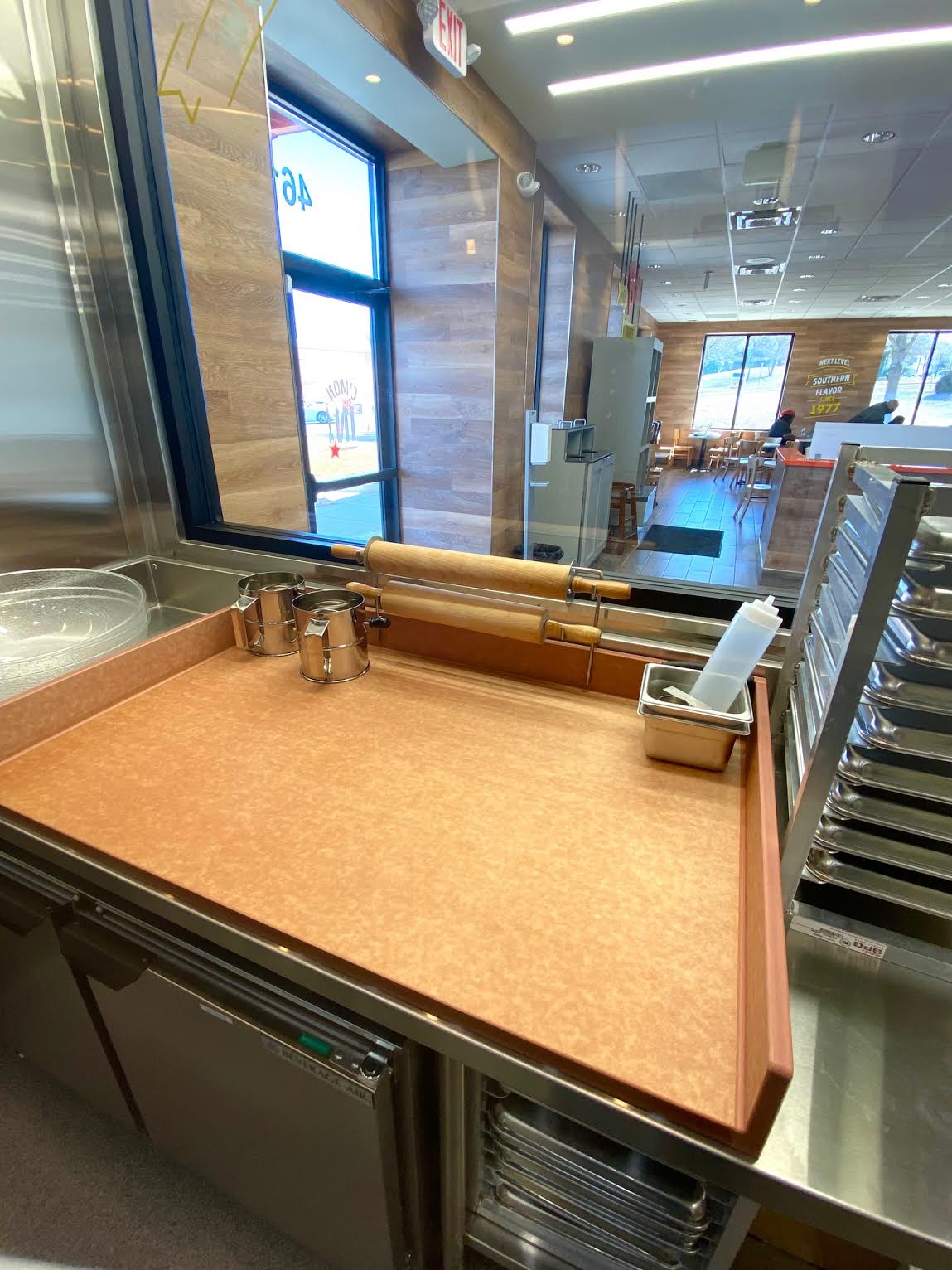 The buttermilk biscuit prep area, which is behind a window where customers can watch the process unfold.

Right when you walk in the door, you’ll be greeted by a large window. This is the biscuit theater where you can watch as the Bo crew makes the brand’s famous buttermilk biscuits from scratch. The restaurant has a dining room as well as a drive-thru lane. 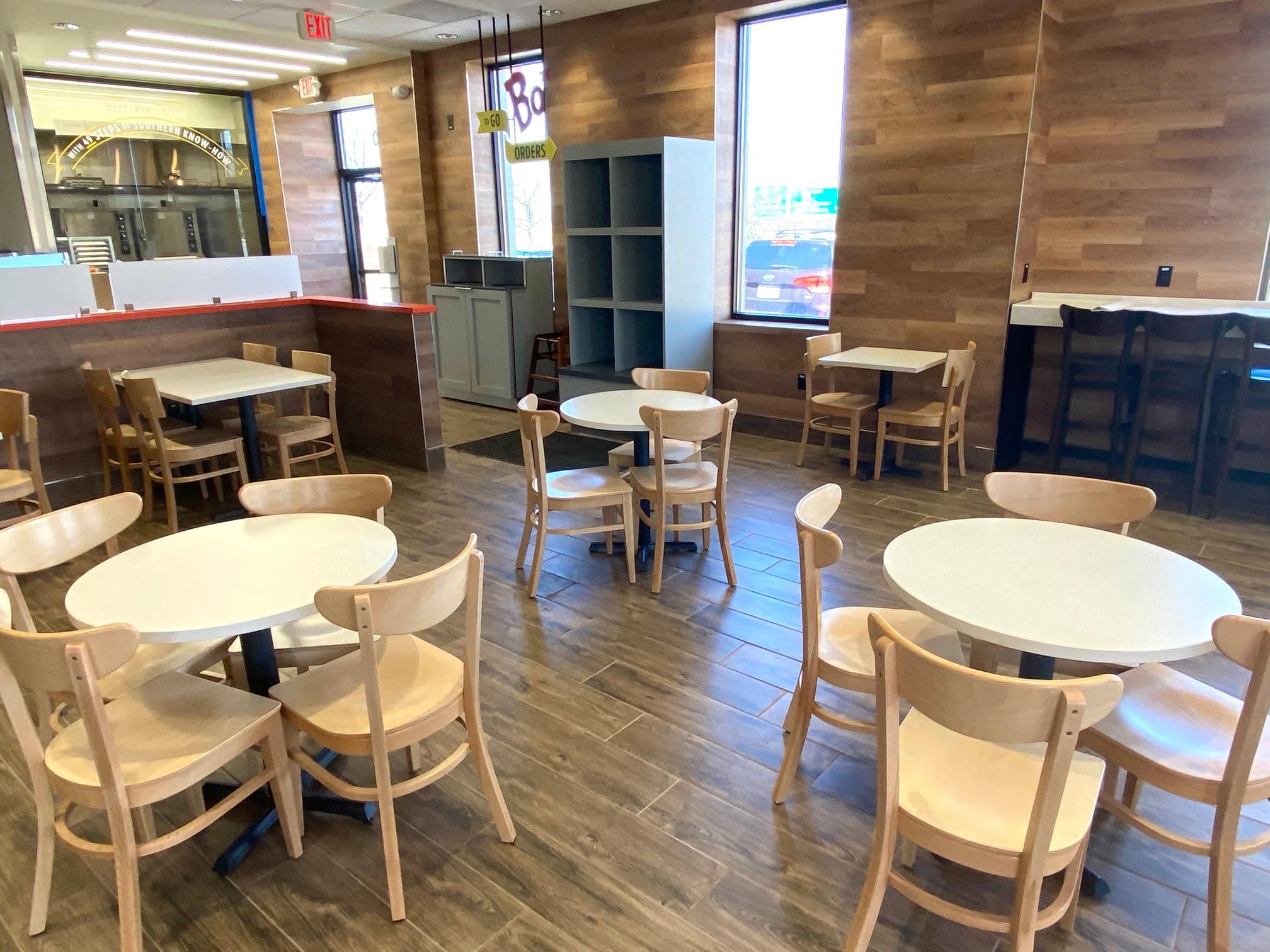 There’s been a lot of excitement around the arrival of Bojangles to the Northern Virginia suburbs because it will be the first one in ages. We’re told there have been Bojangles locations in decades past, but currently the closest ones in Virginia are in Winchester to the west and Fredericksburg to the south. There’s also one at Union Station in DC. 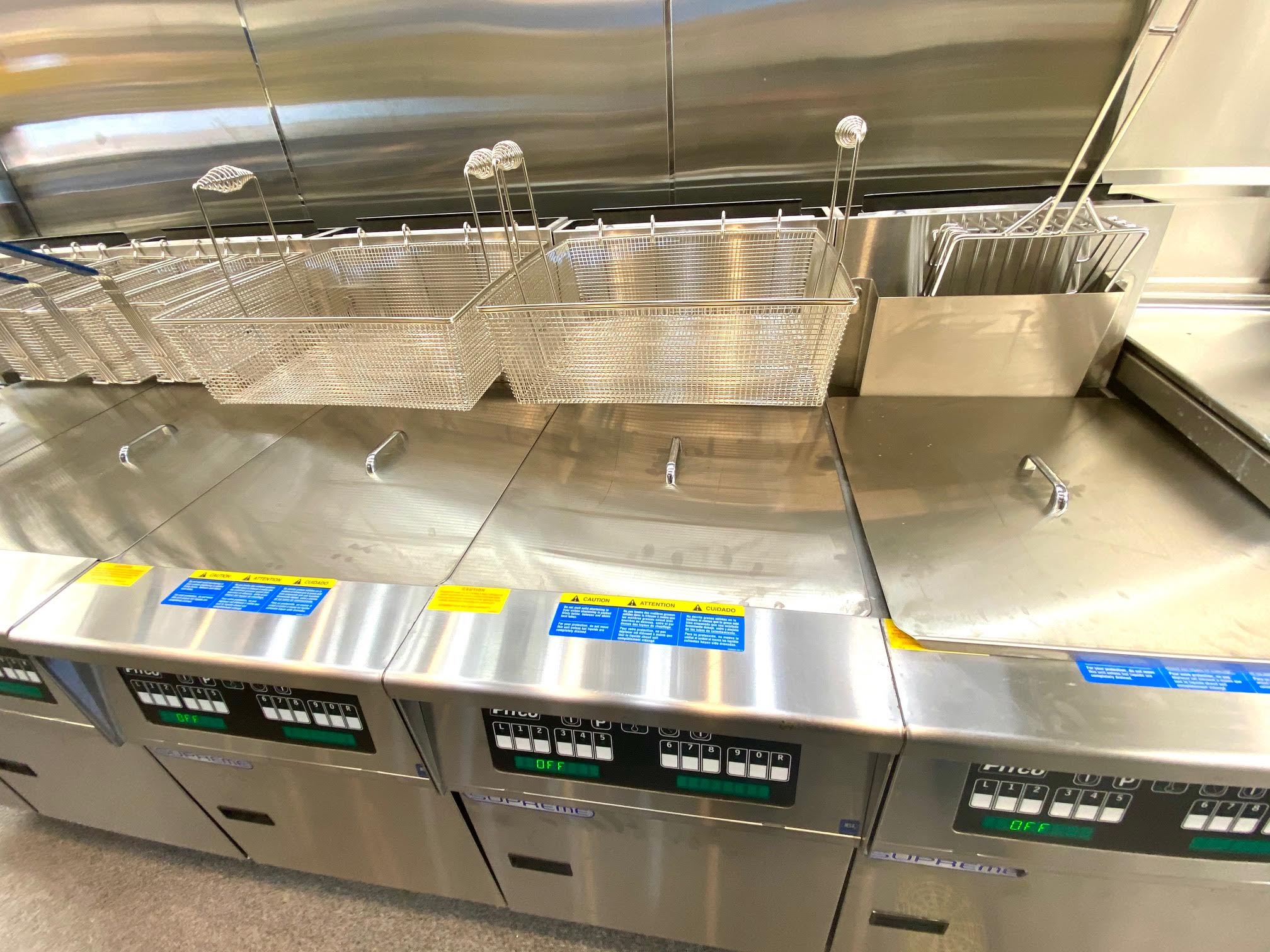 Where the magic happens — the chicken fryers at Bojangles in Sterling.

There’s no announced opening date yet for the Sterling store, but we’re told it will be late March or early April, so we are talking the next couple of weeks. Stay tuned to The Burn and we’ll keep you posted on when it’s officially “Bo Time.” 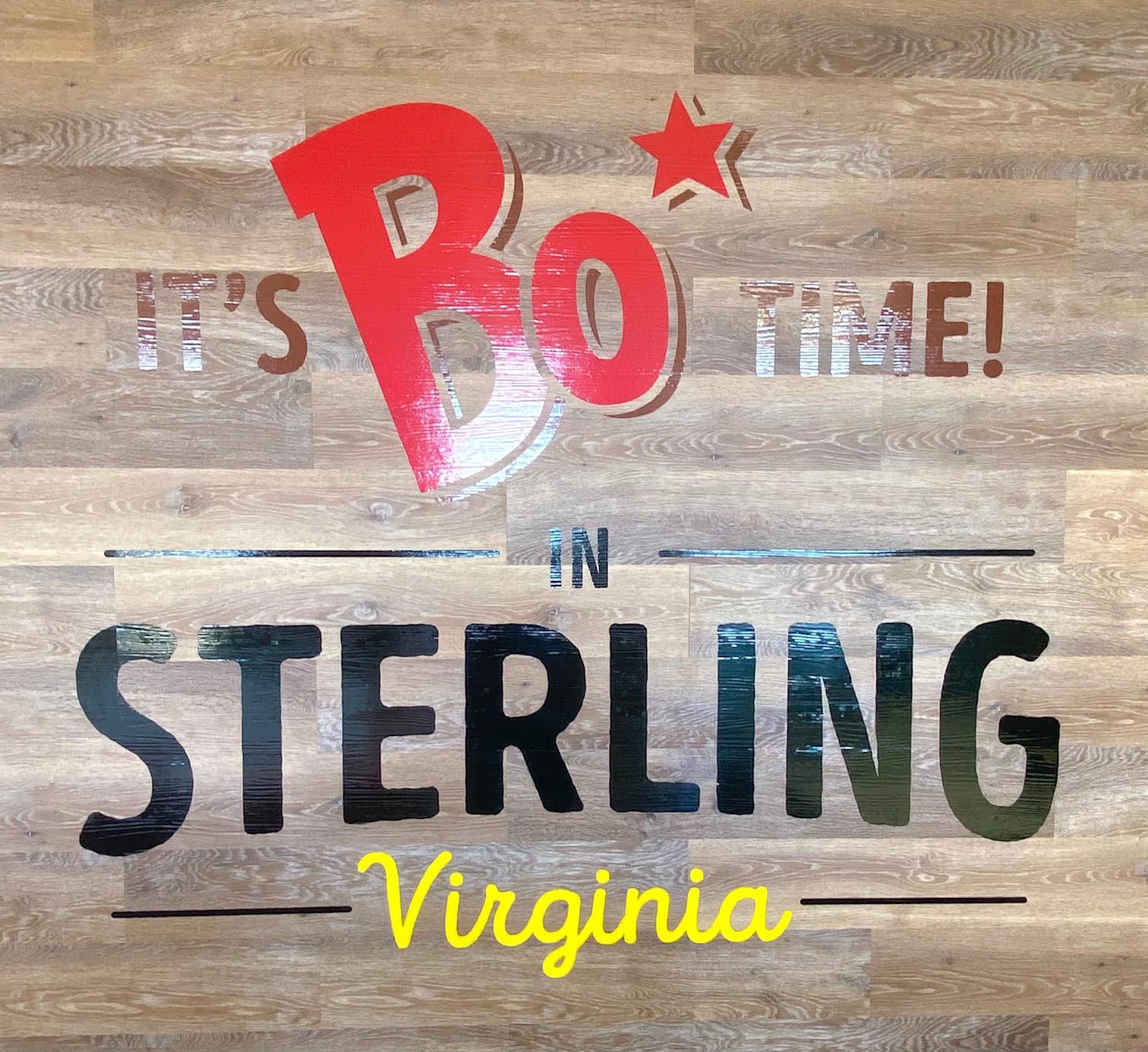 The restaurant is in the Potomac Run Plaza shopping center.