He’s been seen out shopping wearing what appears to be the head from a mascot costume. 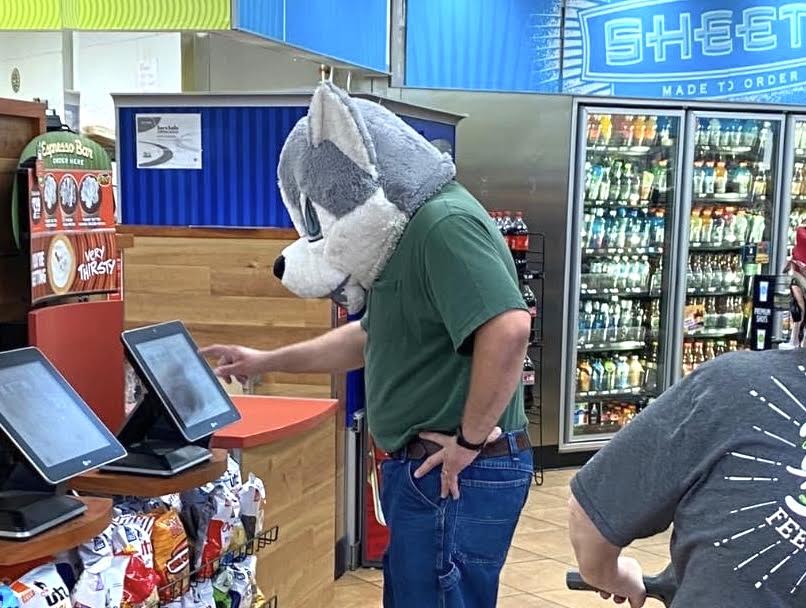 Who is that Masked Man? Gotham City had the Batman. The Wild West had the Lone Ranger. And Leesburg has this guy — Husky Sled Dog Man, or maybe Wolf Pup Man. We really can’t be sure, but whoever he is, he’s causing a stir around the community.

The latest sighting of this high school mascot wanna-be came this morning at the Sheetz convenience store on Edwards Ferry Road. According to witnesses, he was ordering a Breakfast Schmuffin (or similar) and was very cordial to people who commented on his unique mask. We can only assume he’s a stickler for rules, and when mask requirements were issued, this was the mask he chose.

It’s not the first time Arctic Fox Man has been spotted around town. Here’s a photo of him wearing what appears to be the same outfit shopping at Home Depot in Leesburg back in December. Who is this International Man of Mystery and will his identity ever be revealed to citizens of Leesburg? Stay tuned.