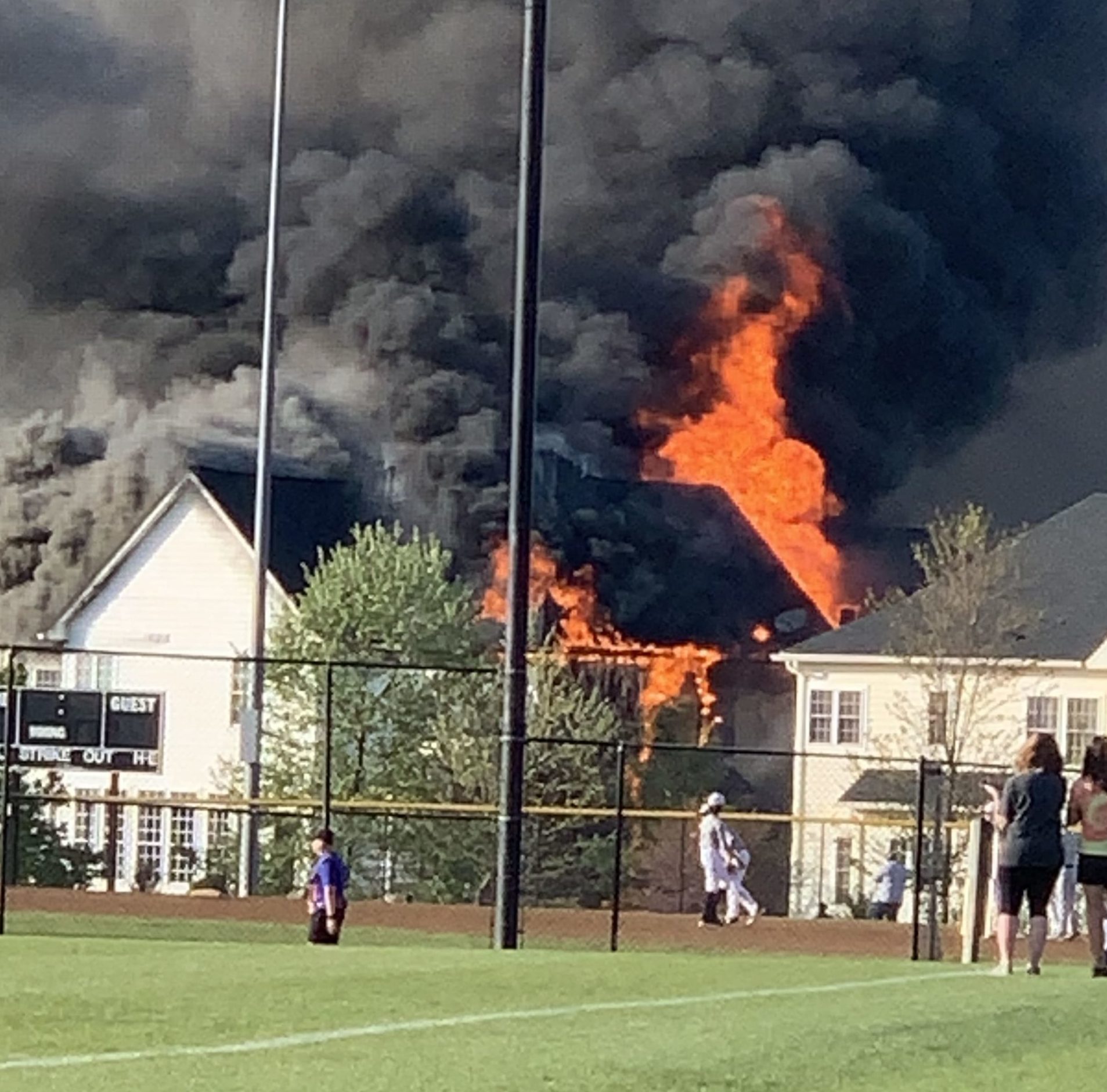 A huge house fire in Aldie captured the attention of much of southern Loudoun County Tuesday when it sent a large, dark plume of smoke into the air. Sirens were heard around the area as multiple units responded to the 41000 block of Feldspar Place. Now, we know the cause — and it comes with a cautionary warning.

Loudoun County fire officials say the fire was started by the spontaneous combustion of freshly laid mulch around the house. “Spontaneous combustion can happen when a decomposing, organic material such as mulch generates enough heat to ignite without an outside source,” said Chief Fire Marshal Linda Hale in a statement. “Because of this, a large or compacted area of mulch can create sufficient heat to spontaneously combust. Remember, in all cases, mulch fires are more likely to start when the weather is hot, and it has been dry for an extended period.”

The fire damaged three houses and caused an estimated $1.36 million dollars in damage. Four people were displaced. Fire officials say that blazes which start in mulch can quickly spread into shrubbery, up exterior walls and into a home or building. They are offering the following tips to hopefully avoid a disaster such as this.