The restaurant is expected to open sometime this summer. 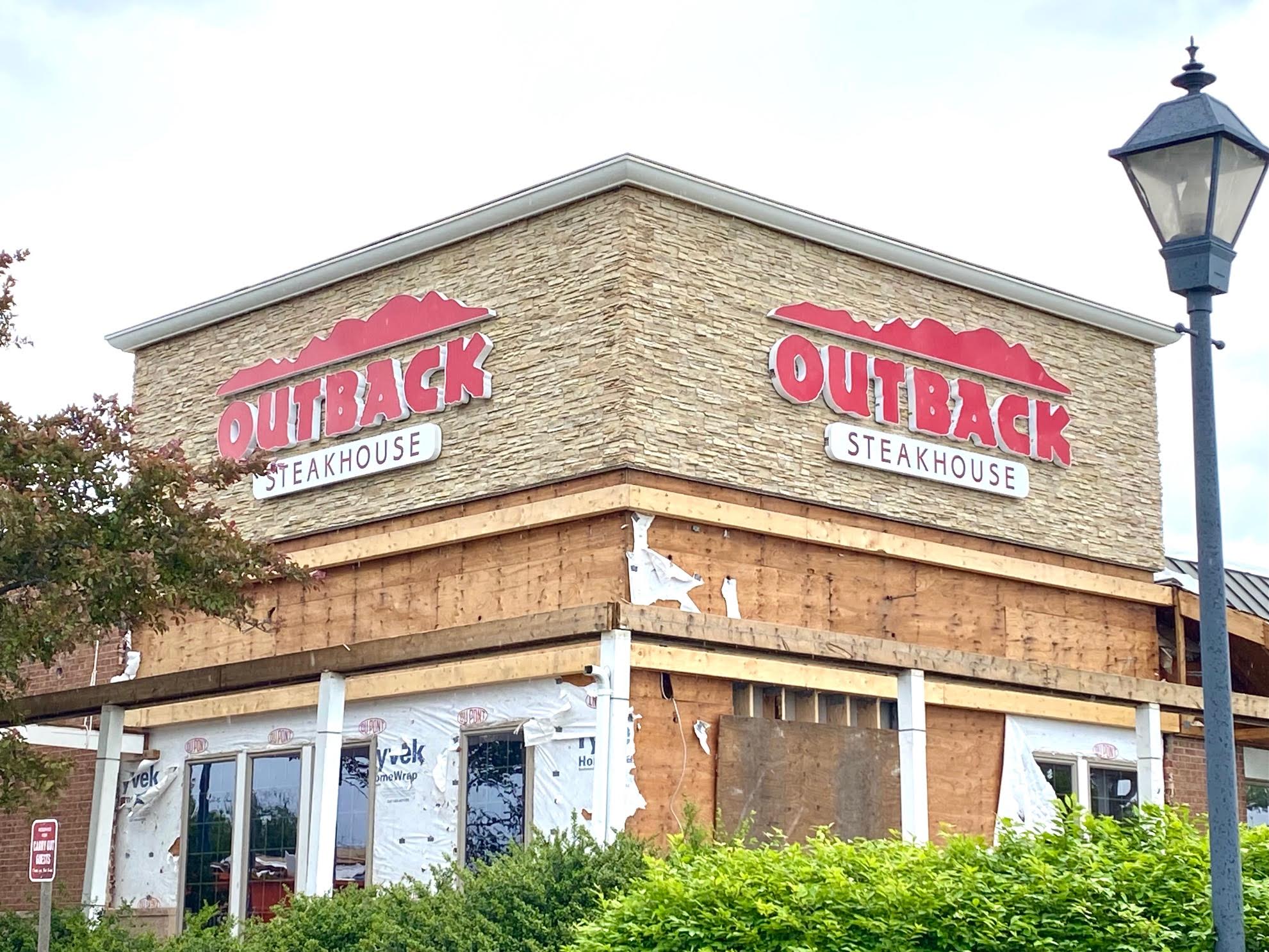 Even though the exterior of the building still has a way to go, the signs at the new Outback Steakhouse location in Leesburg have gone up on the facade. It’s the latest sign of progress for Loudoun’s second Outback location.

Outback has taken over the former Bob Evans restaurant next to the Leesburg Premium Outlets at the Leesburg Bypass and Edwards Ferry Road NE. The Burn first broke the news back in December, and work started soon after and has moved relatively quickly.

Until now, the only Outback in Loudoun has been the longtime location in the Potomac Run Plaza at Cascades Parkway and Route 7. Other locations in the area include Winchester to the west and on Elden Street in Herndon. A brand new Outback is reportedly planned for Herndon as well, most likely to replace the existing location.The Australian-themed restaurant specializes in steaks and seafood.

The latest timeline we have for the Leesburg location calls for a grand opening this coming summer. We’ve got messages in to Outback’s HQ asking for a more precise opening date, so stay tuned.