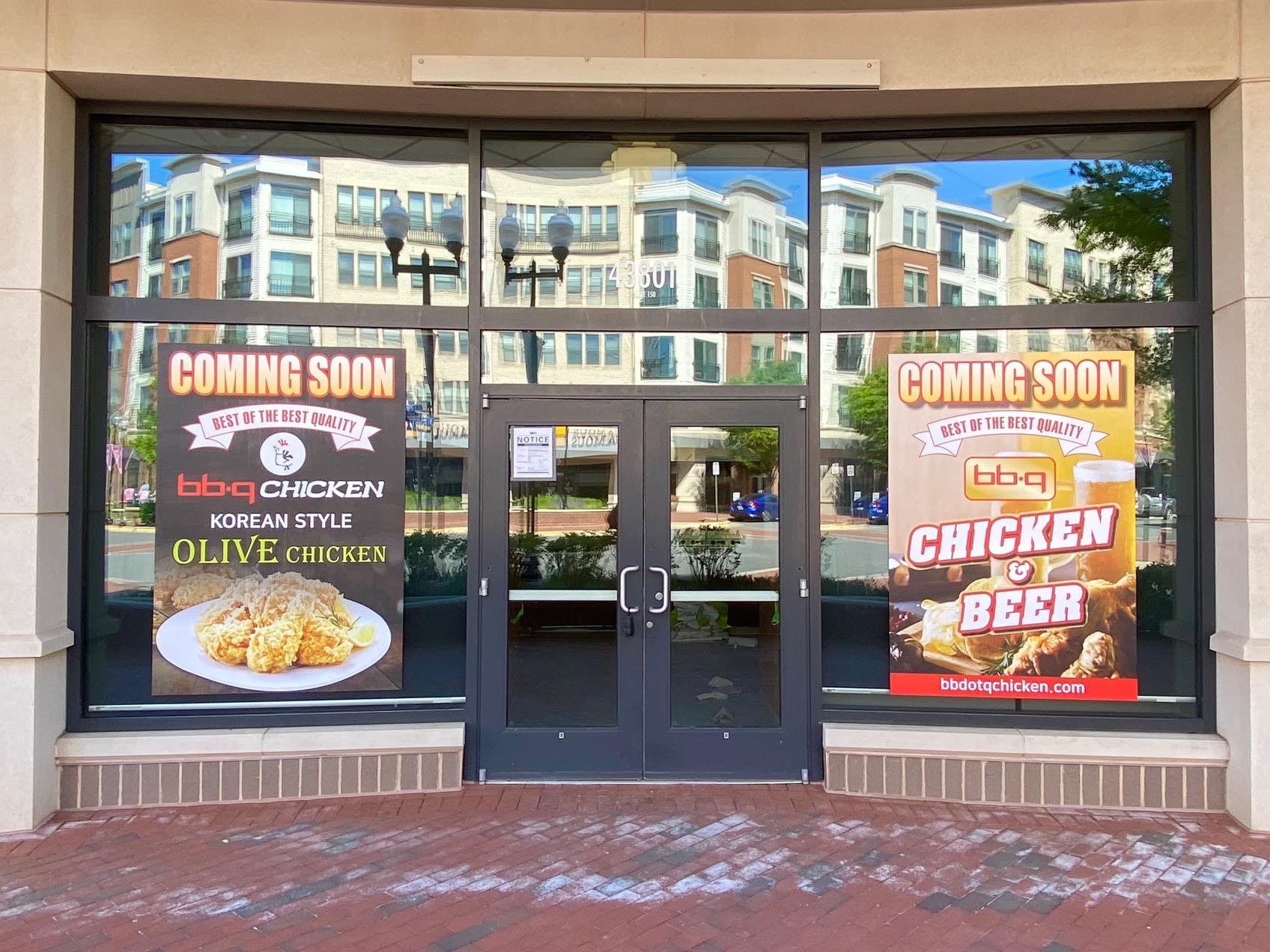 It looks like work is about to get underway on the new BB.Q Chicken restaurant coming to Ashburn. Temporary banners have gone up in the windows of the space at Loudoun Station off Shellhorn Road by the Ashburn Metro station.

The Burn first told you about the fast-growing chain that specializes in Korean fried chicken back in January. The Loudoun Station location will be the first BB.Q Chicken in the county. BB.Q (sometimes pronounced B-B-dot-Q) has more than 1,000 locations in South Korea and came to the United States in 2014, where it now has locations in 15 states. There are two here in Northern Virginia, according to the brand’s website — one in Centreville and one in Falls Church.

The brand is famous for its signature Golden Olive Chicken — deep-fried in olive oil — as well as chicken and wings topped with a variety of sweet and/or spicy seasonings and sauces. Sides include both American favorites such as french fries and onion rings, as well as Korean dishes like kimchi fried rice and pickled radish.  Check out the menu online here.

BB.Q Chicken is taking over the 3,000 s.f. spot vacated by the Basil Leaf Grill in 2018. That’s at the intersection in Loudoun Station that includes Blackfinn Ameripub, Famous Toastery and Burger 21 — making that a great four-way stop for area diners. A peek inside the window shows they still have a lot of interior renovations to do, so no firm word on when BB.Q is planning to open.

Metro Silver Line extension to Loudoun on track for February