The theater had just gotten a major makeover in 2020 when it shut down due to the pandemic. 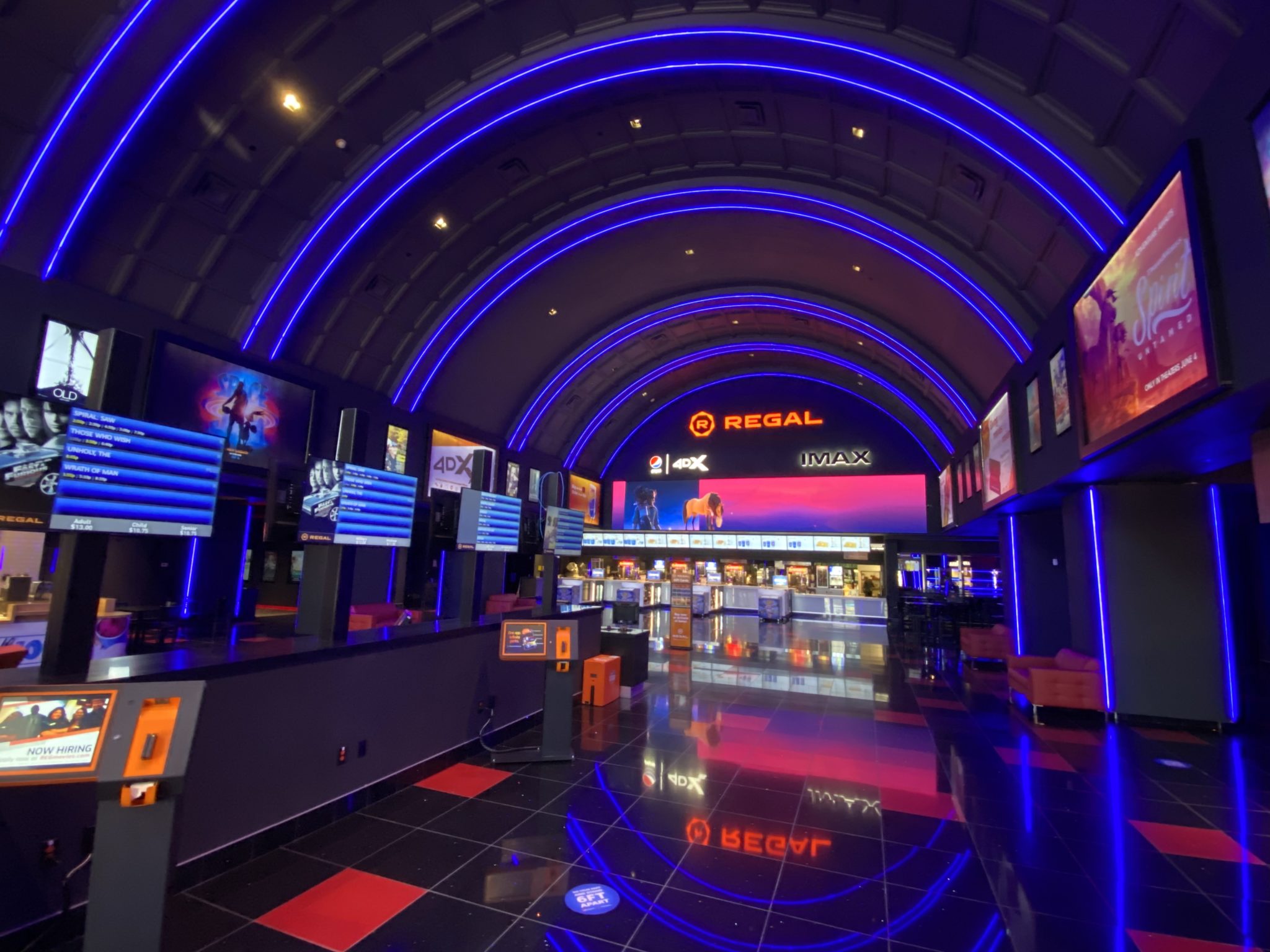 The Regal Fox Cinema in the Brambleton Town Center in Ashburn reopened its doors today after being shuttered for many months due to the pandemic. It’s one of the last major theaters in Loudoun County to reopen and it’s noteworthy because the multiplex had just gotten a major makeover in 2020 when Regal shut down its locations nationwide.

Here are some of the new features:

One big caveat with all these new features — they aren’t all open yet. Today is the Regal Fox’s first day back in business and they plan on slowly rolling out these new amenities. Only the concessions stand is currently open. Part of that is due to staffing issues. Nationwide, stores and businesses are having trouble filling job openings and the Regal Fox Cinemas in Brambleton is no different. They are actively hiring and as they get closer to fully staffed, they will open the cocktail bar, the coffee bar and the smoothie bar.

Meanwhile, the Regal Dulles Town Center theater has already reopened. And the poor Regal Countryside theater in Sterling is likely done for good. It no longer appears on the Regal Theaters website and plans call for the theater to be torn down and replaced with residential housing.