It’s called The Human Bean and it’s coming to a spot along State Road 28. 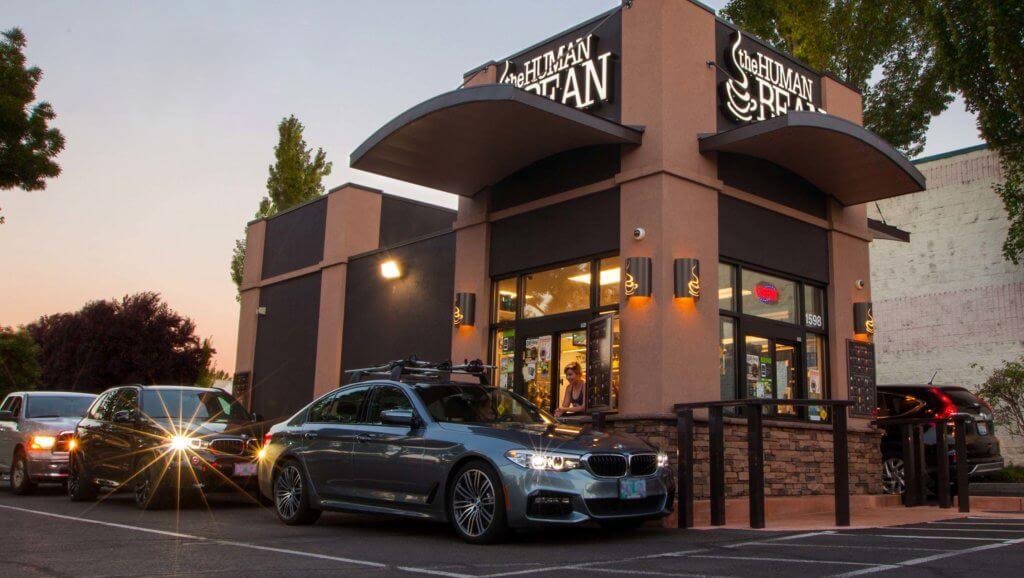 A new drive-thru coffee shop is coming to Loudoun County — and it’s not a Starbucks. We know — we were shocked too. It’s called The Human Bean and it has stores across the country. According to its website, the brand has more than 200 locations open or in the works in 23 states.

While common in other areas, here’s something unique about this brand: The Human Bean is a drive-thru only coffee shop — meaning they usually don’t have an inside space where customers sit down. Instead, all sales are handled though the drive-thru lanes. Many stores in the chain have not one, but two drive-thru lanes — one on either side of the building. Some stores also have walk-up windows and outside patios. No word yet on what design will be coming to Loudoun.

The location The Human Bean has chosen for its first store in the region is the Guilford Station development. That’s a new project currently under construction on the northeast corner of State Road 28 and West Church Road. The Burn has been writing about Guilford Station for years. A new 7-Eleven convenience store and gas station is built, but not yet open, on the property. And there will be an Enterprise Car Rental facility there as well. The Human Bean is the third named tenant for Guilford Station.

The Human Bean is an Oregon-based company that was founded in 1998. Its menu is filled with a variety of flavored coffees, such as Irish Cream Breve, Mexi Mocha, and Caramel Hazelnut. There are also cold brews, espressos, teas, smoothies and even a Frozen Hot Chocolate. You can see the full Human Bean drink menu here.

The official word on The Human Bean just came today, so they still have to go through all the planning, permitting and construction phases of the project. Thus no target opening date has been announced yet.

(Image at top: The Human Bean)