The brand wants to bring perhaps 50 locations to the greater DC area. 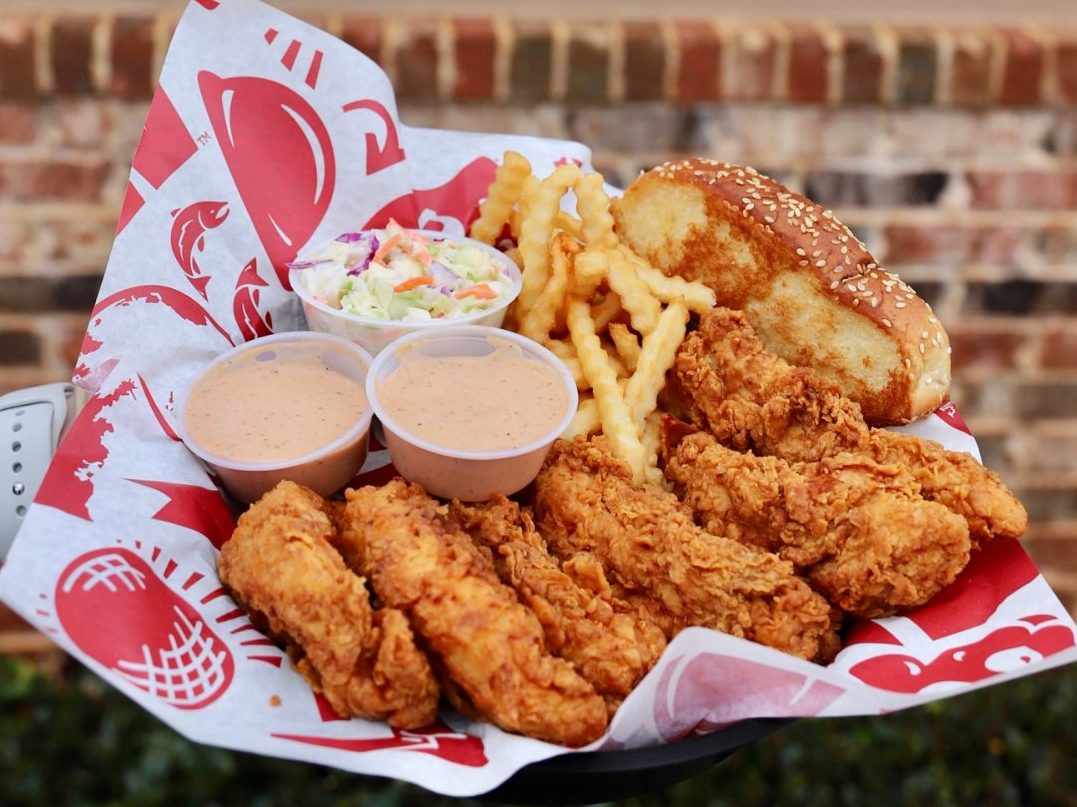 There’s been a lot of buzz ever since The Burn first broke the news that the southern restaurant chain Raising Cane’s Chicken Tenders was coming into the Northern Virginia market with a location in Sterling. We told you the exciting news last September. Now comes word that it’s just the start of a major expansion by the brand into the greater DC region.

Our friends at the Washington Business Journal published a fascinating story Tuesday where they spoke with AJ Kumaran, the company’s COO and co-CEO. He told the WBJ that they are planning on opening upwards of 50 locations across the region. And they are currently actively seeking sites, including in Ashburn and Leesburg specifically. Another interesting note — Kumaran is a former Ashburn resident himself, having lived in the Broadlands neighborhood. You can read the WBJ article here.

Besides the Sterling location, the WBJ has reported that Raising Cane’s recently purchased a former Bar Louie space in Manassas and will turn that into one of its restaurants, and a Raising Cane’s is currently under construction in Union Station in DC.

Raising Cane’s was founded in Baton Rouge, Louisiana in 1996. The chain now has more than 500 locations in roughly 30 states. Part of the charm is its simple, focused menu: chicken finger combos and chicken finger sandwiches along with crinkle-cut fries, Texas toast, and iced tea. That’s basically it. You can see the full Raising Cane’s menu here.

Burning Question: What's up with the vacant shopping center in Brambleton?