The kiosk specializes in Spanish-style tapas and sandwiches. 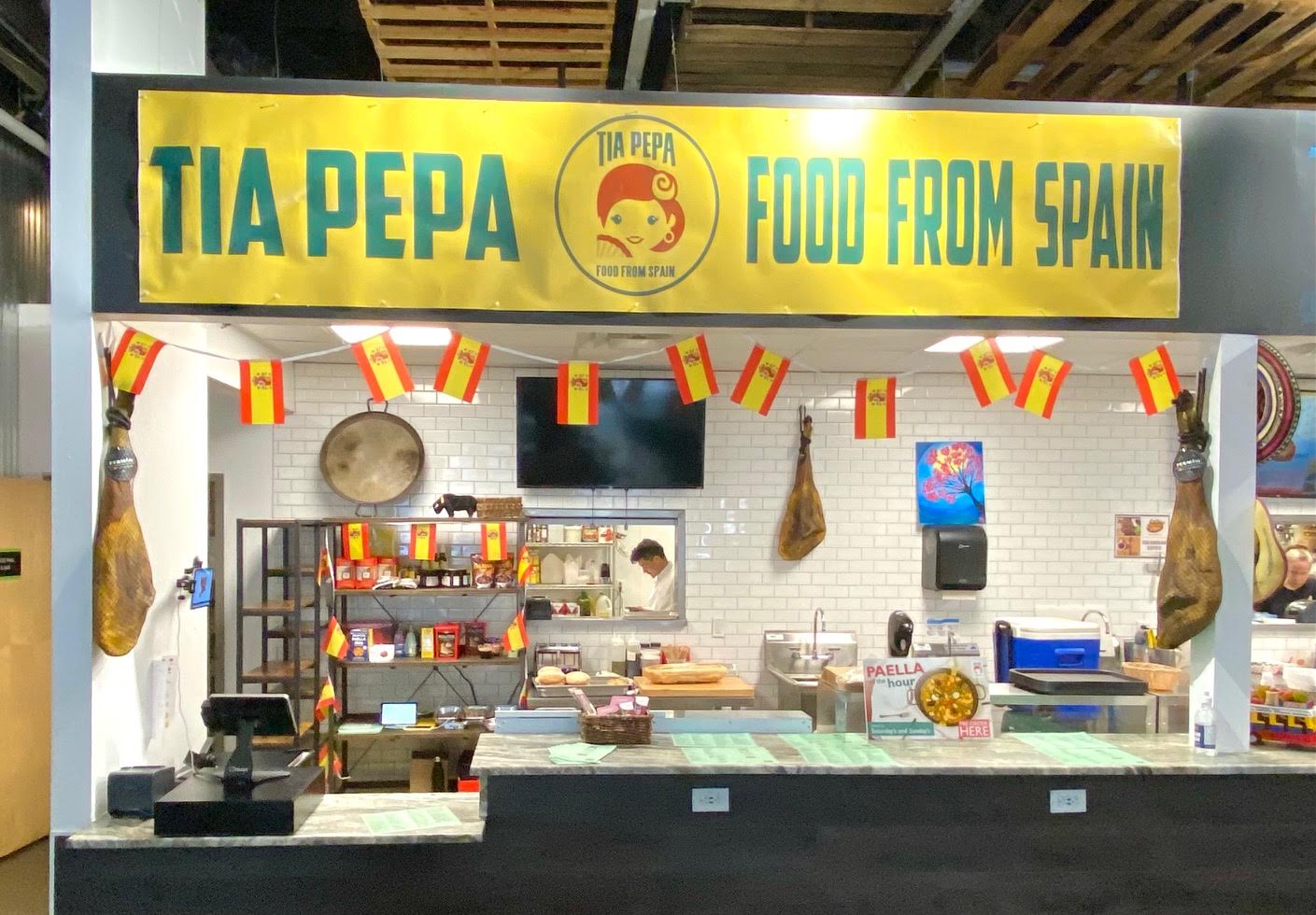 Tia Pepa is up and running at the ChefScape food hall in Leesburg, and it’s bringing its menu of fast-casual Spanish food to the area, including a long list of sandwiches and tapas. The brand is coming from the same folks who own La Taberna Del Alabardero, a Spanish restaurant serving downtown DC for more than three decades.

The menu at the new Leesburg Tia Pepa outlet includes tapas such as Pan Tumaca Con Quesso Manchego, a toasted bread with tomato, olive oil, garlic and manchego cheese; patatas allioli, a fried potato dish with garlic mayo; and an Andalusian gaspacho. There are sandwiches loaded up with Spanish favorites as well, such as Iberico ham with tomato; and txistorra sausage with padrón peppers. Here’s a snapshot of the Tia Pepa menu at ChefScape. 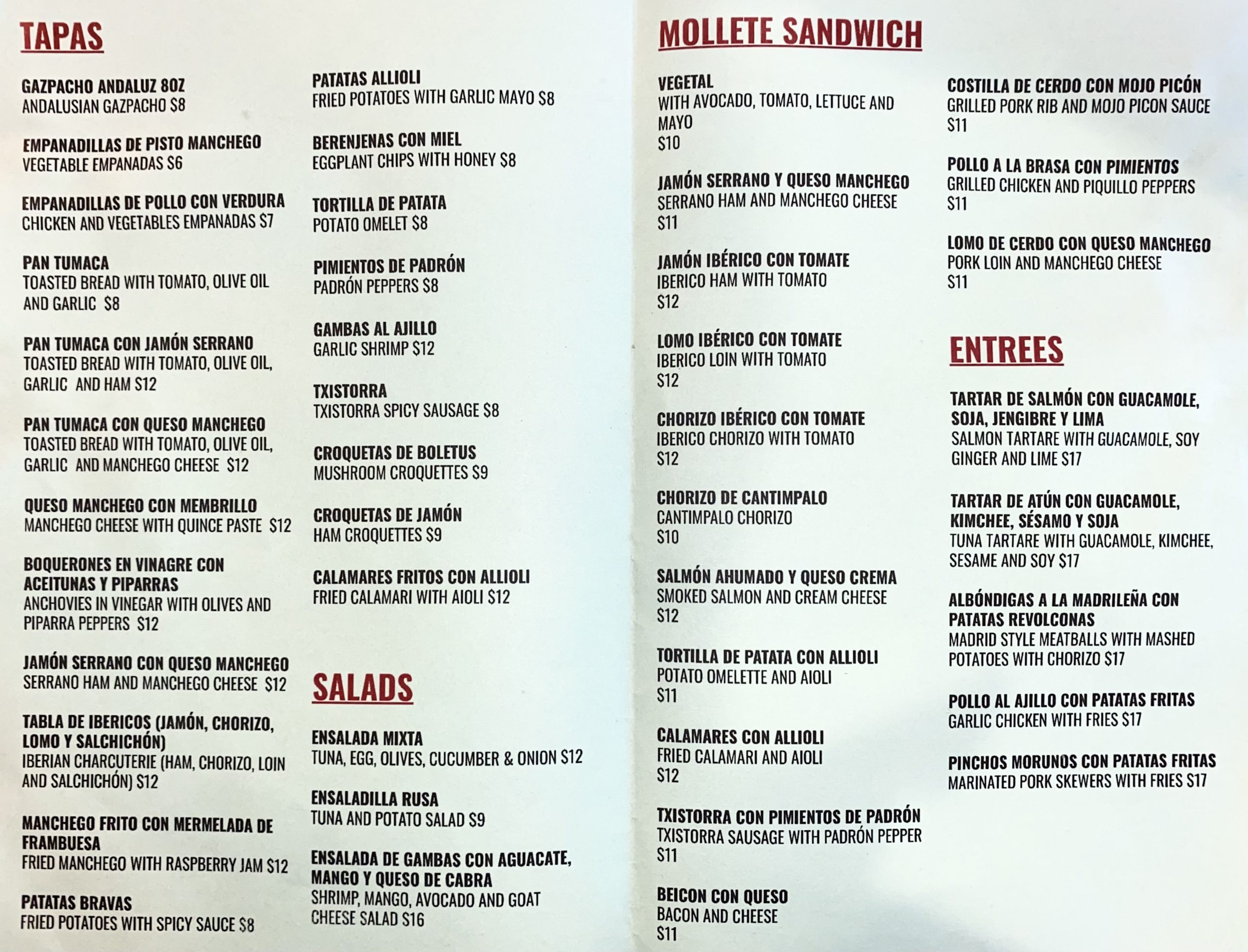 On Saturday, June 19, Tia Pepa will be holding its first flamenco night, with professional flamenco dancers performing on the ChefScape stage. The event goes from 7:30 to 10:30 p.m.

Besides Tia Pepa, Big Kyle’s BBQ recently opened in the ChefScape food hall, serving up all your smoked meat favorites. The other restaurant currently in the ever-changing food hall line-up is Colombian’s Place, serving Latin American dishes and baked pastries.

The ChefScape food hall, which includes a full bar, is located in the Village at Leesburg center, just off Route 7.