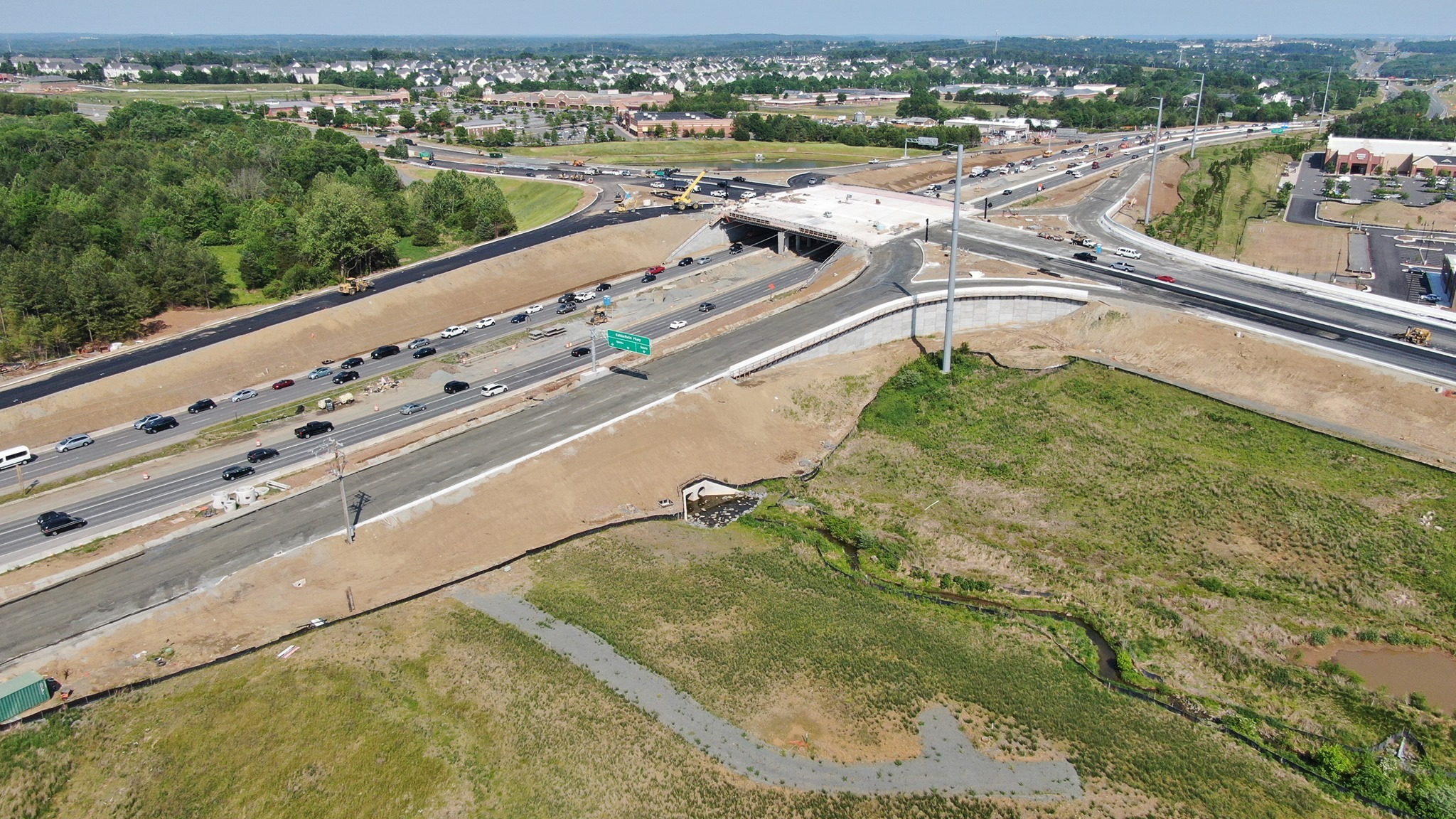 The Town of Leesburg, the Virginia Department of Transportation and other stakeholders will celebrate the completion of the main work on the Route 7/Battlefield Parkway interchange this coming Monday, June 28. There will be a ribbon cutting ceremony in the afternoon and — if all goes as planned — the ramps and overpass should open to traffic Monday evening.

As nearly everyone in Leesburg knows, the long-planned overpass at Battlefield Parkway removes the last traffic lights on Route 7 between Sterling and Leesburg. Instead of bumper-to-bumper traffic at busy times, traffic can now flow smoothly in either direction without stopping for a red light. The uninterrupted travel actually continues via the Leesburg Bypass and beyond, all the way to Berryville 25 miles to the west.

As part of the project, the traffic lights will also be removed at Cardinal Park Drive SE a block or so west of the interchange. The cut through from the westbound lane has been closed, and Cardinal Park will become a “right in, right out only” intersection. Businesses in the area can also be reached via Trailview Boulevard.

The ribbon cutting is planned for 12:30 p.m. and will be streamed live on the Town of Leesburg’s Facebook page. If all goes as planned — and there are no weather delays — VDOT should open the bypass and its ramps to drivers sometime Monday evening. Otherwise, if there are delays, they will aim for Tuesday evening.

One important note — just because the interchange is opening, we’re told the area will still be a construction zone into the fall. There is still work to be done on the pedestrian crossing portions of the overpass, as well as assorted other items to finalize in the area. So continue to drive with caution is the message.

Image at top: Town of Leesburg