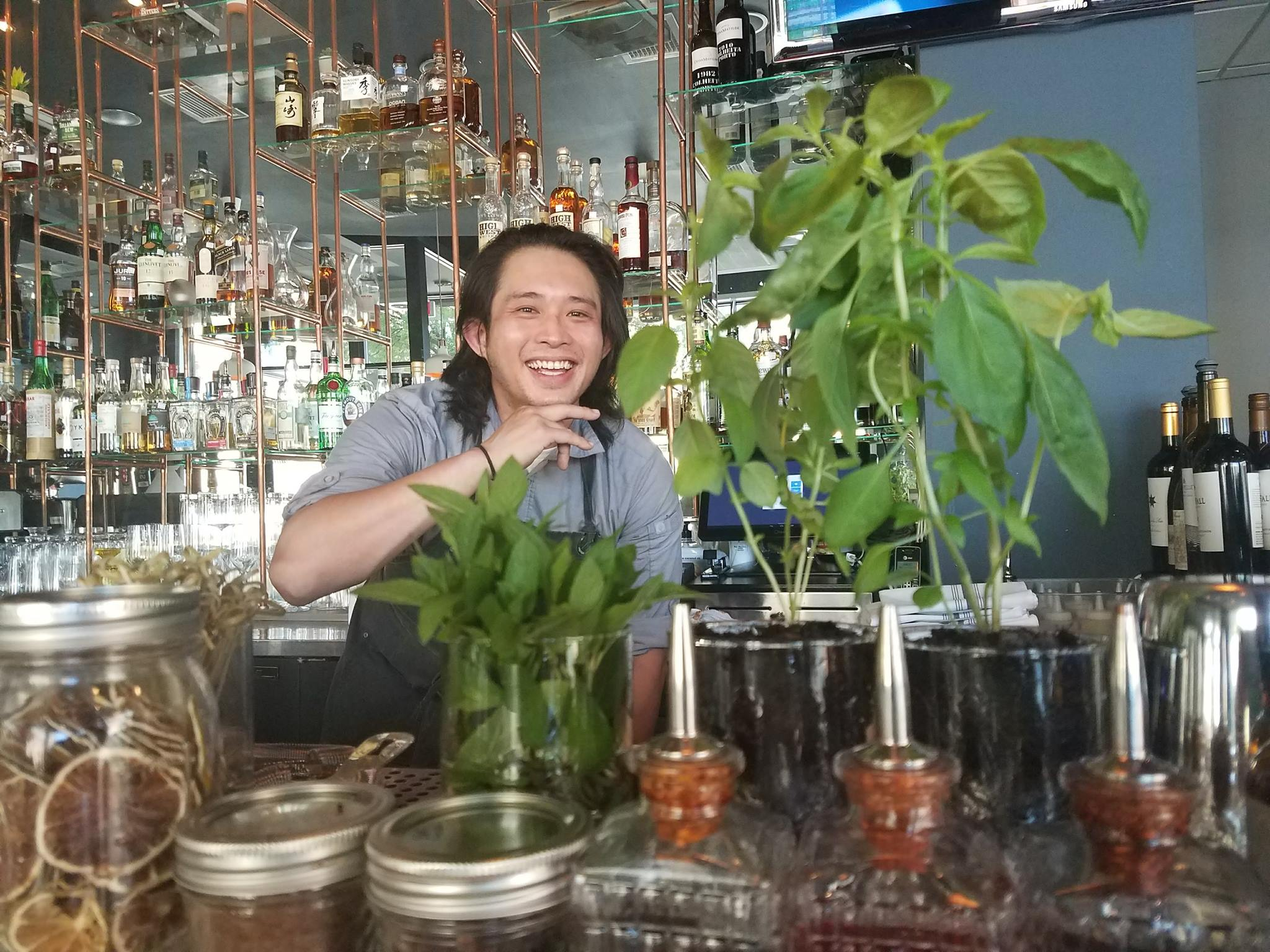 (This article was first published in Ashburn Magazine’s May 2021 issue.)

From Sam and Woody at “Cheers” to Isaac on “The Love Boat” to Lloyd at the Overlook Hotel in “The Shining” — everyone has a favorite bartender. And Ashburn has a favorite, too. Phil Duong of Ahso Restaurant in Brambleton was voted Best Bartender in Ashburn Magazine’s Best of Ashburn 2021 survey.

The 39-year-old is a Loudoun native and Brambleton resident. He started at the Sweetwater Tavern in Sterling and later became a mainstay at the iconic Mokomandy. Then Duong’s old friend from grade school, Jason Maddens, called and said he was opening Ahso and wanted his help. Duong has been with the restaurant since Day 1.

They say that a good bartender listens to his or her customers, gives sage advice when warranted and never reveals the secrets and confessions they hear. So that’s why we had to do some serious arm-twisting to persuade Duong to share a few secrets he’s accumulated in his nearly two decades of bartending.

“My favorite drink to drink would be a nice, aged scotch on the rocks. My favorite drink to make — that’s hard to say. I like to tailor my cocktails to the guests, so when they ask me to make them ‘whatever I suggest,’ I have a certain couple of questions that I ask them. I 100 percent  enjoy the challenge and creativity.”

ONE DRINK YOU WISH NO ONE WOULD EVER ORDER AGAIN

BEST HANGOVER CURE (BESIDES NOT DRINKING AT ALL)

“My personal one is a smoothie from Tropical Smoothie Cafe and pho from Super Pho, a pho place in Herndon. The pho helps you sweat out all the toxins, and the smoothie adds nutrition back into your body.”

To read more from the interview with Phil Duong, including the one thing he wishes every customer knew and a tale from his most memorable night behind the bar, click here and head over to the Ashburn Magazine website for the rest of the story.

New Thai restaurant and market open for business in Sterling