Large sinkhole forms next to Highway 15 near Leesburg

A scary discovery in the shrubbery off Highway 15 at the border between Loudoun County and the Town of Leesburg. A large sinkhole has formed near the shoulder of the road and the southbound lanes will be closed tomorrow, Friday July 9, while repairs are made. 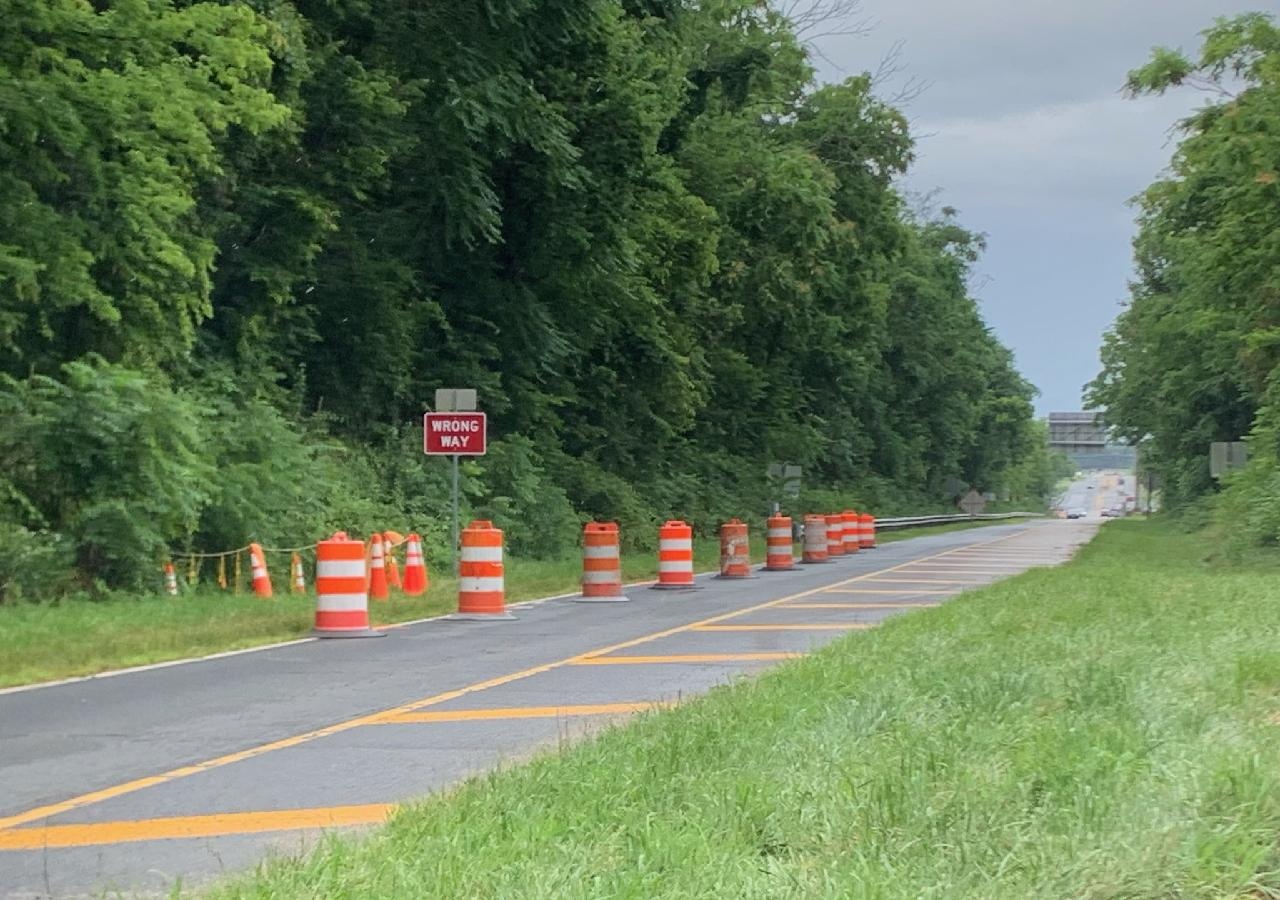 A photo from the Virginia Department of Transportation shows a large, deep hole surrounded by grass, bushes and stone. What appear to be cable or utility conduits hang suspended over the hole. They were likely once buried there until the ground gave way, exposing them.

Southbound US 15 Business will be closed in the area starting at 9 a.m. Friday while repairs are made. Drivers will reportedly be detoured to the US 15 Bypass while the work is being done.

“A sinkhole is an area of ground that has no natural external surface drainage —when it rains, the water stays inside the sinkhole and typically drains into the subsurface,” according to a website from the U.S. Geological Survey. “Sinkholes are common where the rock below the land surface is limestone, carbonate rock, salt beds, or rocks that can naturally be dissolved by groundwater circulating through them. As the rock dissolves, spaces and caverns develop underground. Sinkholes are dramatic because the land usually stays intact for a while until the underground spaces just get too big. If there is not enough support for the land above the spaces, then a sudden collapse of the land surface can occur.”

The sinkhole probably came as no surprise to local officials. Loudoun County is one of the known counties with a sinkhole risk, according to a map from the state’s Division of Geology and Mineral Resources.

And documents on the Loudoun County government’s website show the Highway 15 corridor in particular has a high preponderance of sinkholes.

The flooring store is going into the former Walmart space.