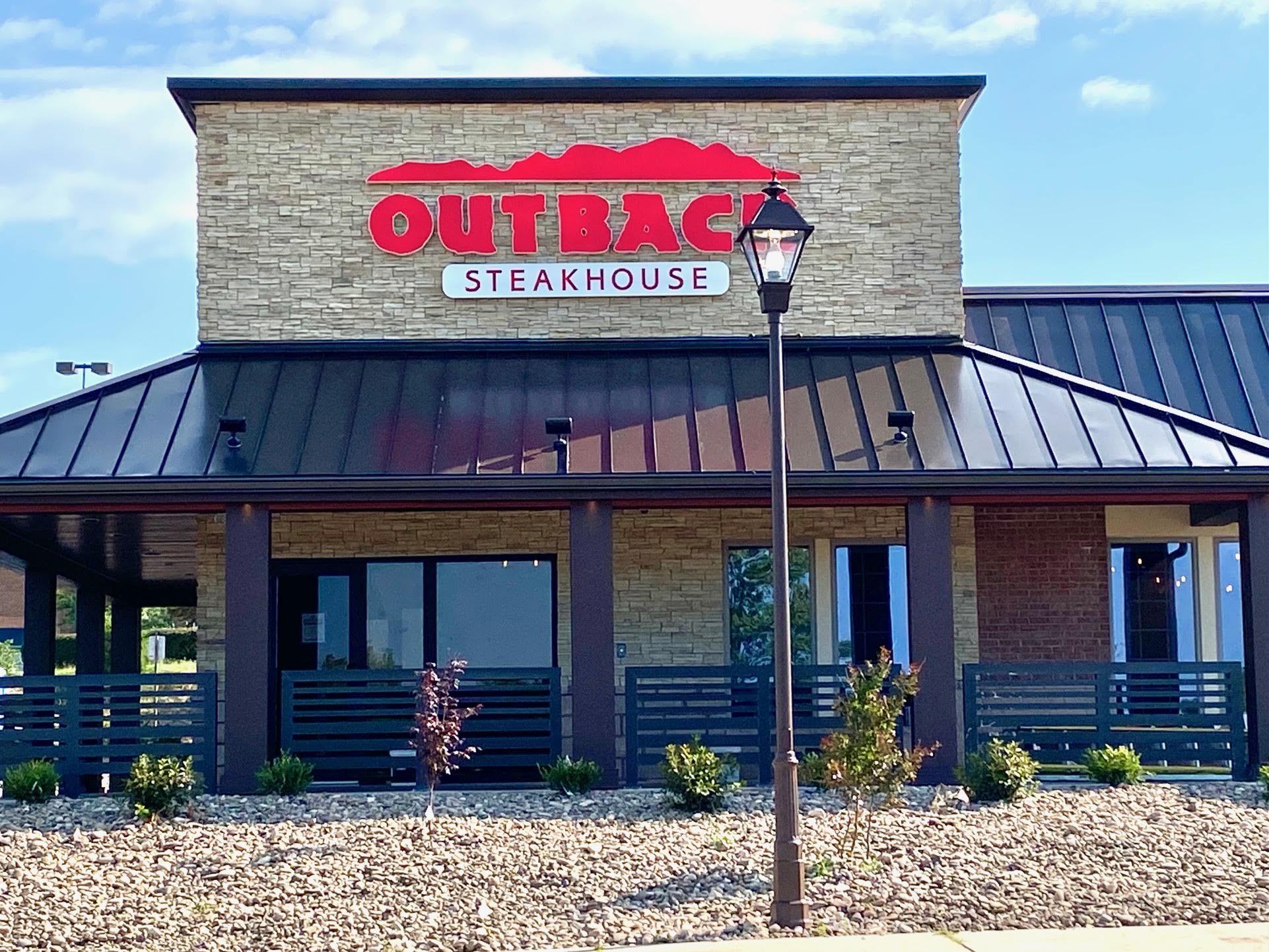 Work continues to move rapidly at the new Outback Steakhouse coming to Leesburg. A spokesperson for the company tells The Burn that they are looking at a mid-August grand opening.

Outback is opening next to the Leesburg Premium Outlets, in the building that was formerly home to the Bob Evans restaurant. The building has been given a major makeover both inside and out.

Among new items on the Outback menu that we might see on opening day — a Bourbon Glazed NY Strip, a Filet & Shrimp on the Barbie, and a cocktail called the Piña Koala.

The Burn first broke the news about Outback late last year. It will be the second location in Loudoun for the national chain. There has been an Outback in the Potomac Run Plaza in Sterling for more than decade.

Another new Outback location is reportedly in the works for Elden Street in Herndon, just a mile or so away from an existing Outback.