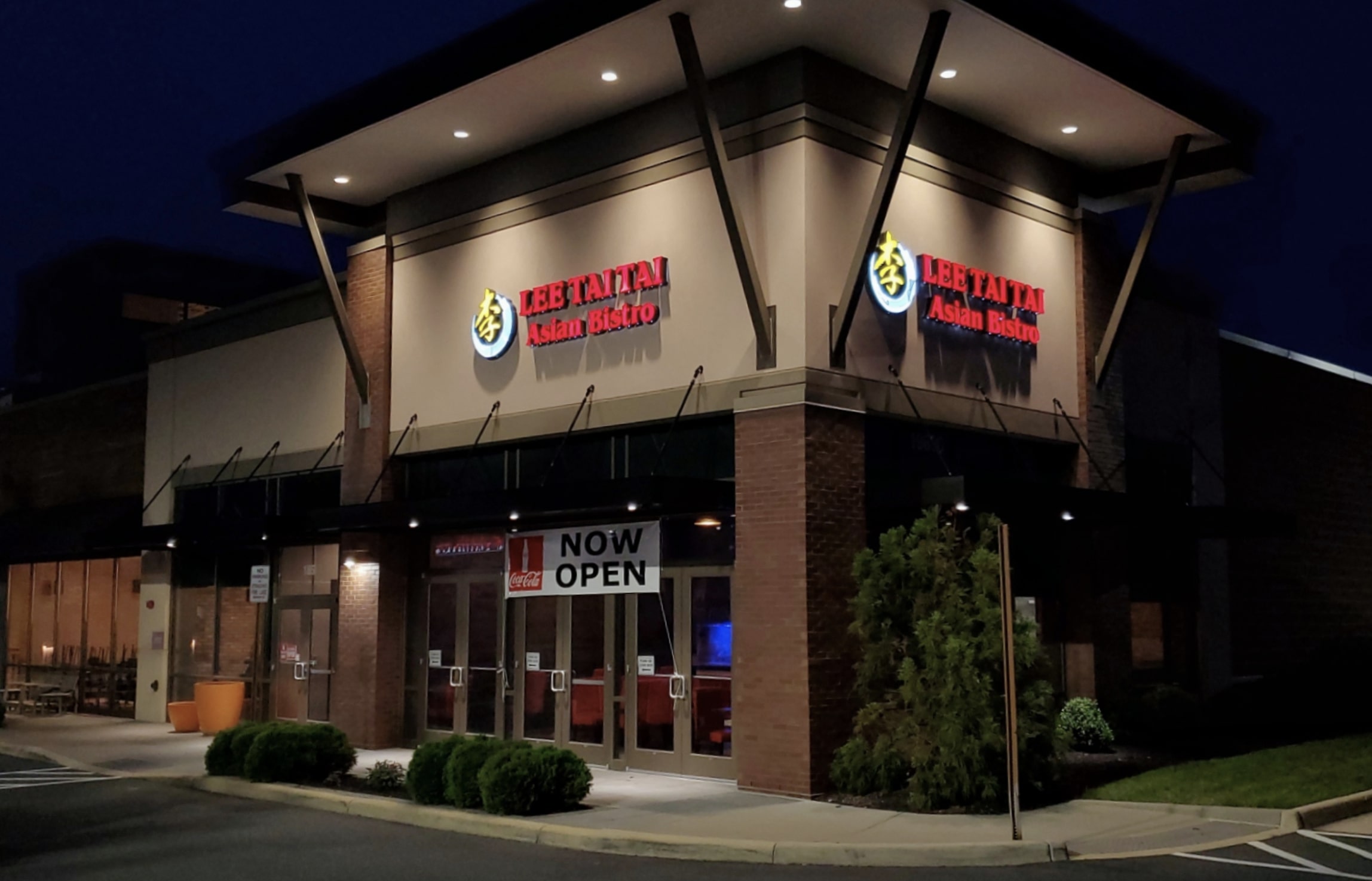 The Lee Tai Tai Asian Bistro restaurant in Ashburn has closed its doors, just a little more than a year after it first opened in the Belmont Chase shopping center.

Lee Tai Tai opened in May 2020 in the space vacated by Iron Stone Hibachi. That’s right next door to Baker’s Crust Artisan Kitchen and the Cooper’s Hawk Restaurant. It featured dishes from China, Japan, Thailand, Vietnam and other Asian cultures and one of its specialties was the iconic Peking Duck.

The Burn first heard rumors of a possible looming closure this past spring, but at the time, we were told no changes were planned. Nevertheless, the space has been listed as “available for lease” for several months now and a peek in the windows shows much of the furniture and many other items have been removed.

We’re told one of the key factors in the closure was difficulty in finding staff — a common problem facing many restaurant owners this year.

Meanwhile, no word yet on what new tenant might take over the 4,500 s.f. space.