For those of you interested in the business behind area restaurants, the new Popeyes fried chicken restaurant coming to Compass Creek in Leesburg will reportedly sport an all new design. It’s the first local Popeyes to feature the new look since it was unveiled by the brand last year.

The Burn first told you about the upcoming Leesburg Popeyes back in February. It will be one of several new restaurants coming to the Shops at Compass Creek development, including a Chipotle, a Starbucks, a Bruster’s Real Ice Cream and a Buffalo Wing Factory.

The exterior will include a slightly revamped logo that is solid orange and features the letters aligned, instead of slightly staggered like they used to be. Portions of the exterior wall will be brick and include phrases such as “love that chicken” in a script-like font.

The interior will likely feature furniture and fixtures made with powder-coated metals and additional messages on the wall, as well as decor touches meant to play up the brand’s Louisana heritage. 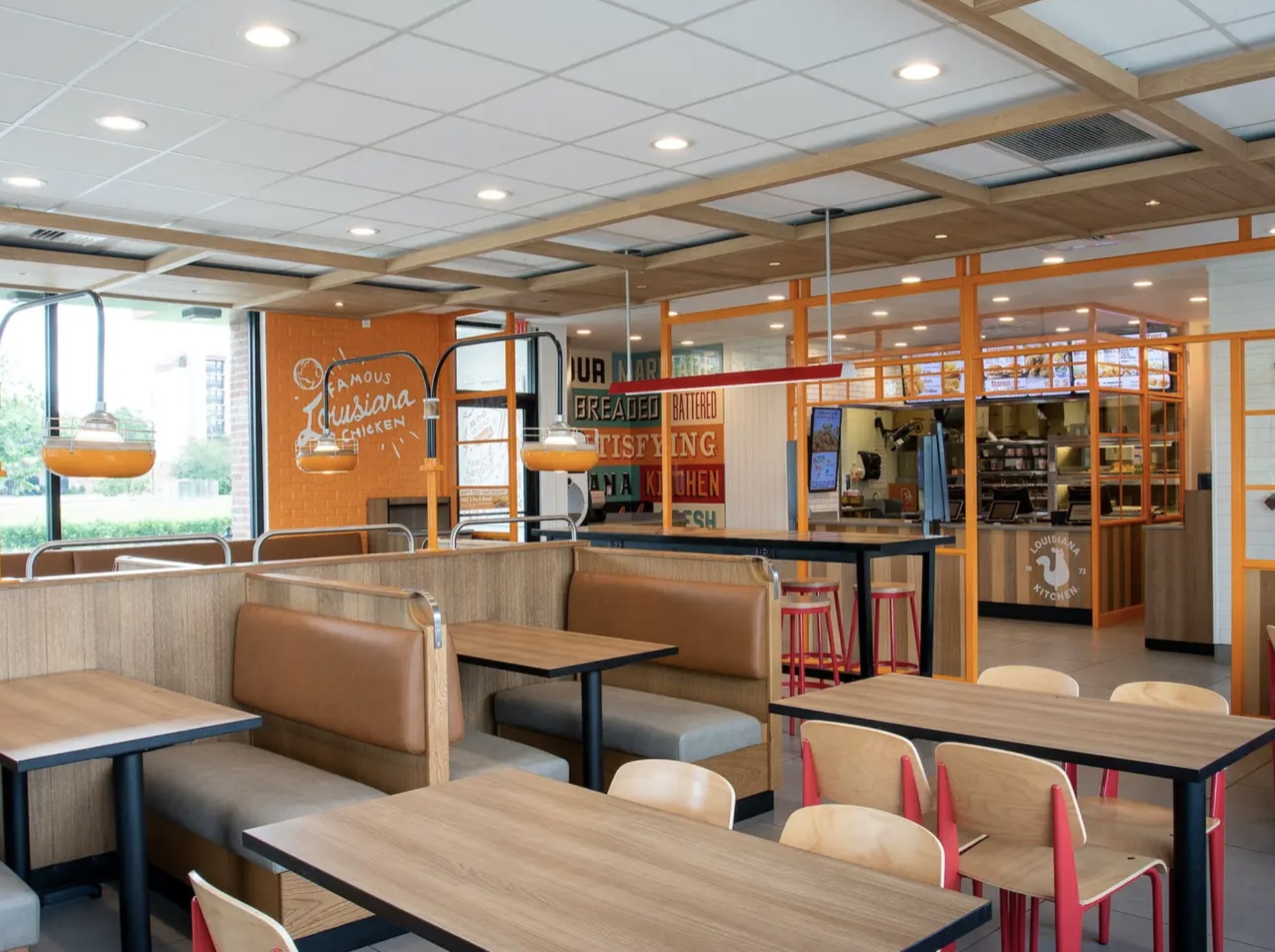 The last Popeyes to open in Loudoun, back in April 2020, still featured the old logo and orange exterior design, meant to evoke Bourbon Street in New Orleans. That store is located on Stone Springs Boulevard, across from StoneSprings Hospital.

No word yet on when the new Leesburg Popeyes will open. Last we checked, the site work was still being done on the land to get it ready for construction to start. As we’ve reported, another new Popeyes is reportedly in the works for the Highway 50 corridor in southern Loudoun.

The location is right at the border with neighboring Fairfax County.