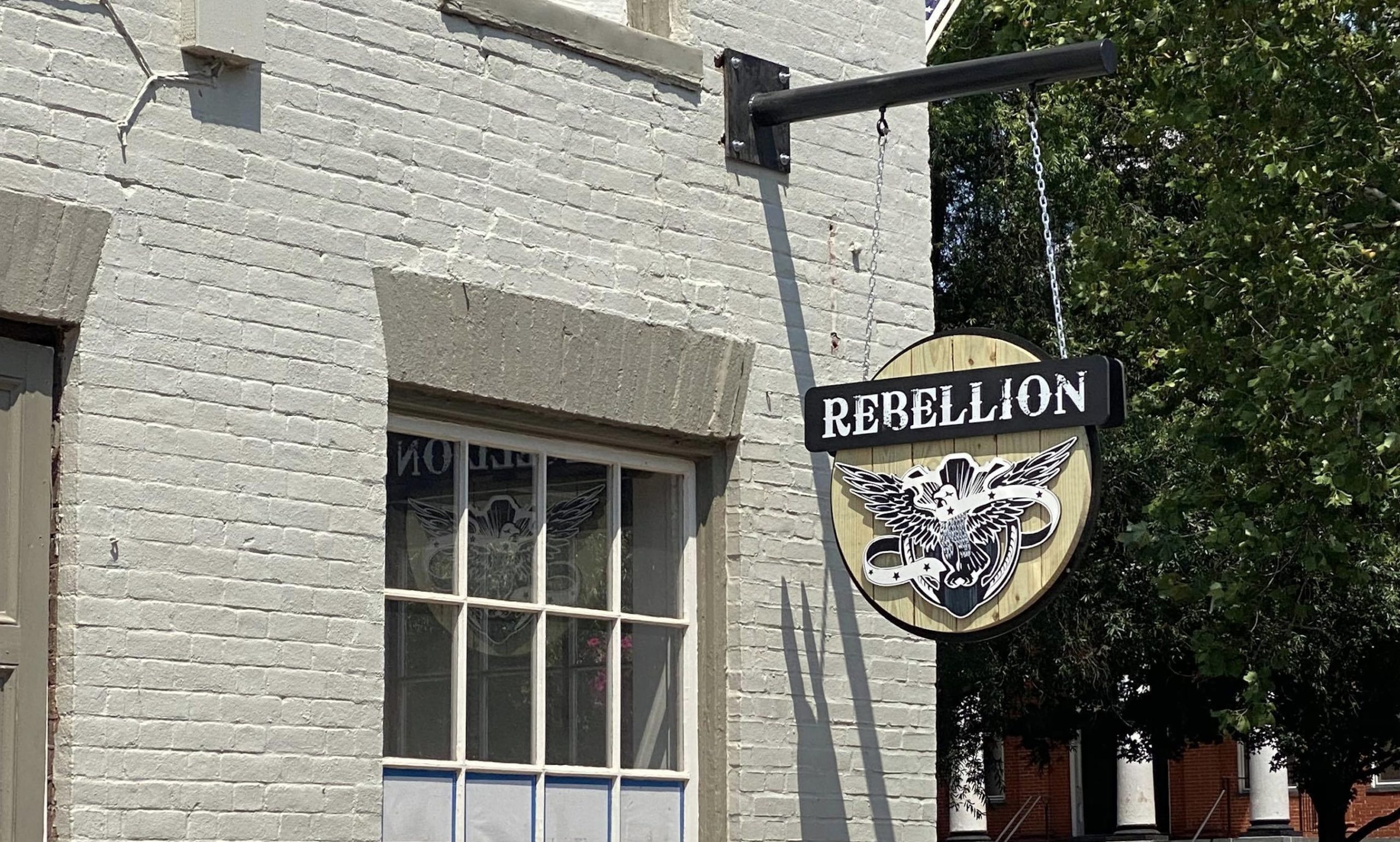 Rebellion, a new restaurant and bourbon bar coming to downtown Leesburg, has mounted its first sign on the facade outside its space at 1 North King Street.

The Burn told you about Rebellion way back at the start of 2020, and construction got underway later that year. The peak of the pandemic may have slowed plans down a bit, but now things are rolling and Rebellion is looking at opening this fall.

Rebellion has three locations currently — in Alexandria, Fredericksburg and Wilmington NC. Leesburg will be its fourth location. The original Rebellion in DC unfortunately closed due to fallout from the pandemic.

Besides a large selection of bourbons and other spirits, the Rebellion locations also offer menus with appetizers, wings, salads, burgers, sandwiches and more.

The shingle sign going up at the Leesburg location is one of the first public facing signals that Rebellion is getting close. The management team tells The Burn they are aiming for an October opening if everything stays on track.

New images unveiled of the future Sonic Drive-In in Leesburg