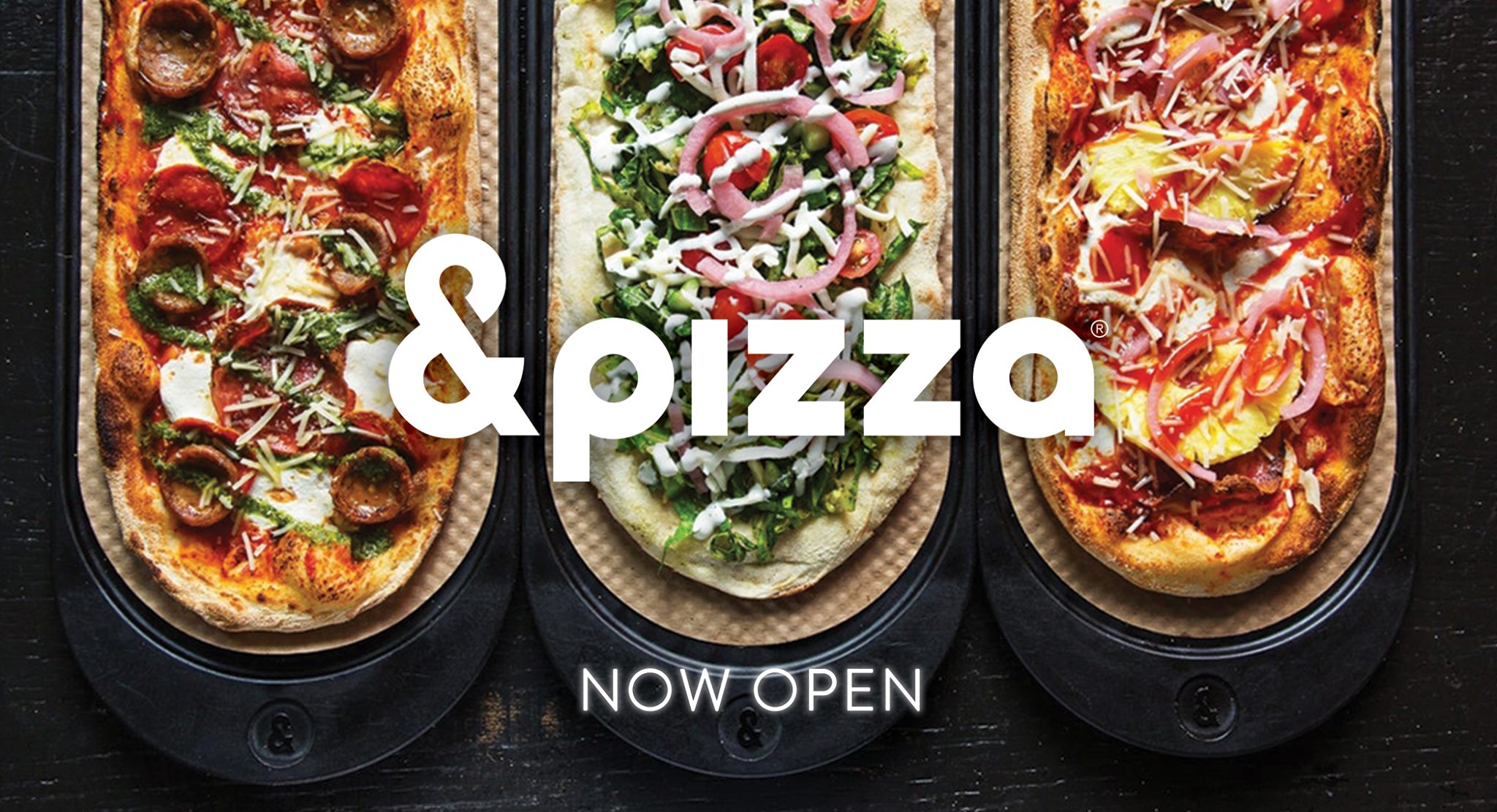 The popular regional chain &pizza opened its first Loudoun County location this week. The new pizza shop — which specializes in oblong shaped pizzas cooked in a high-speed conveyor oven — is serving up pies in the Dulles 28 Centre shopping plaza.

The center is located near State Road 28 and Waxpool Road. That’s the same shopping area with Wegmans, Target and Buffalo Wild Wings.

The Burn first broke the news that &pizza (pronounced “and pizza”) was coming to Loudoun back in February. Nitpickers will point out that there are a couple of &pizza locations at Dulles International, but they are past security and not available to the general public.

&pizza was started in DC in 2012 and now has nearly 40 locations in six states — Virginia, Maryland, Pennsylvania, New Jersey, New York and Massachusetts, plus the District.

The concept is similar to the popular Mod Pizza in Ashburn, where there is a curated menu of gourmet pizzas, and customers can also customize their own pizza with different sauces, cheeses and toppings. You can see the full &pizza menu here.

New Dunkin' Donuts in Leesburg getting close to opening