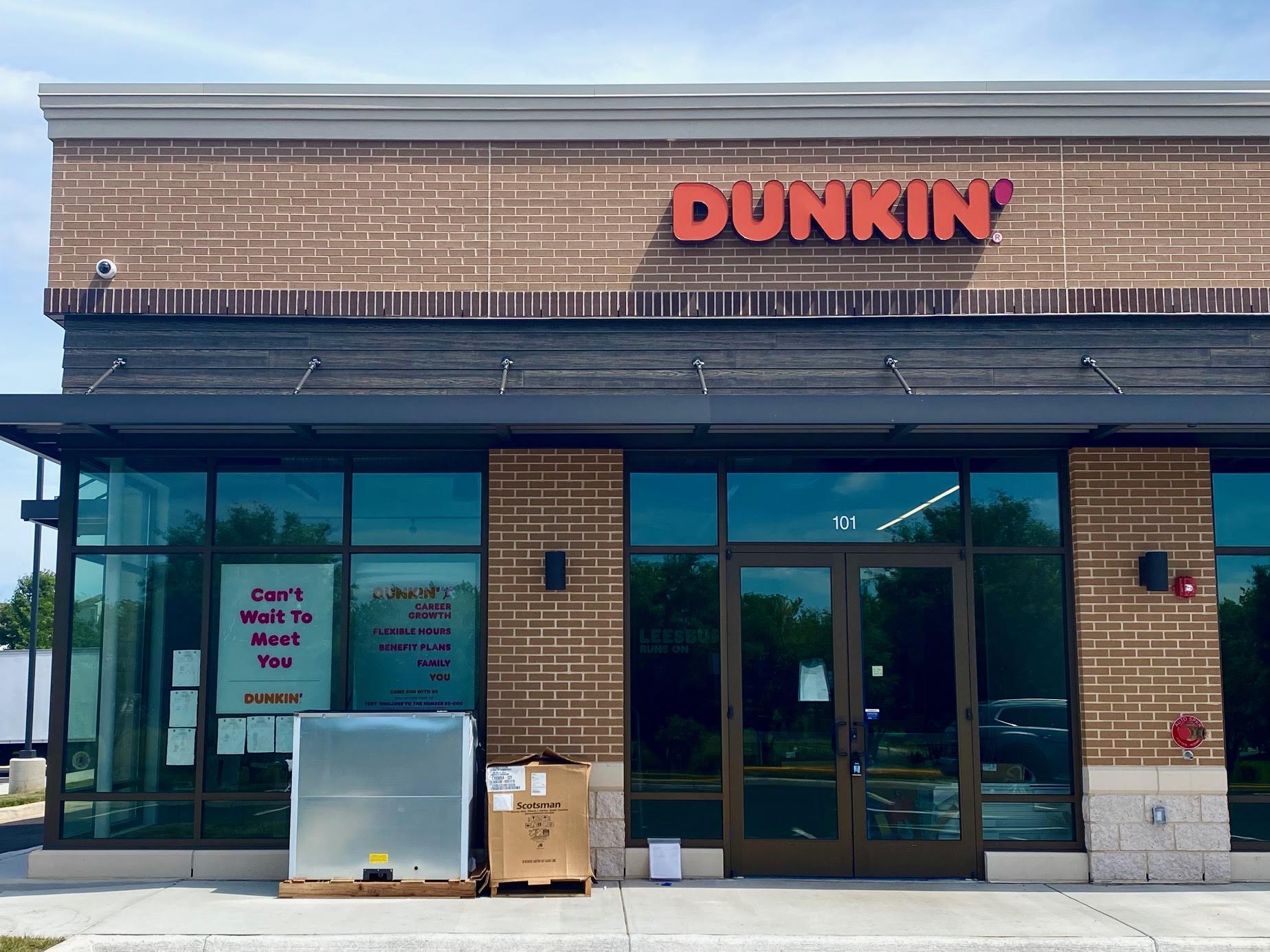 The new Dunkin’ donut and coffee shop at in Leesburg is nearly finished and will reportedly be opening soon. The restaurant is part of the Oaklawn development at the intersection of Battlefield Parkway SE and Miller Drive.

The Dunkin’ — which includes a drive-thru lane — recently installed its sign over the front door and we noticed the electronic ordering board in the drive-thru was illuminated.

The new restaurant is in a building with room for one or two additional tenants. However, no other tenants for those spots have been announced yet. Meanwhile, right next door to the Dunkin’ location a new Chick-fil-A is under construction.

Other businesses at Oaklawn include a Northwest Federal Credit Union and an Exxon gas station and convenience store. Oaklawn is also the location of the future Sonic Drive-In which is expected to open sometime in 2022. There are several additional parcels of land at the development that could be built on in the future.

As far as the new Dunkin’ location, we had unofficially heard the owners were hoping to open as soon as this month — but as we have seen with many restaurants, there are always a last minute flurry of things that can add days or even weeks onto the schedule. We’ve reached out to the Dunkin’ team to find out if they have a firm opening date yet and we’ll report back when we get more information.

Picture of the Week: Helicopter hovering over Ashburn high school