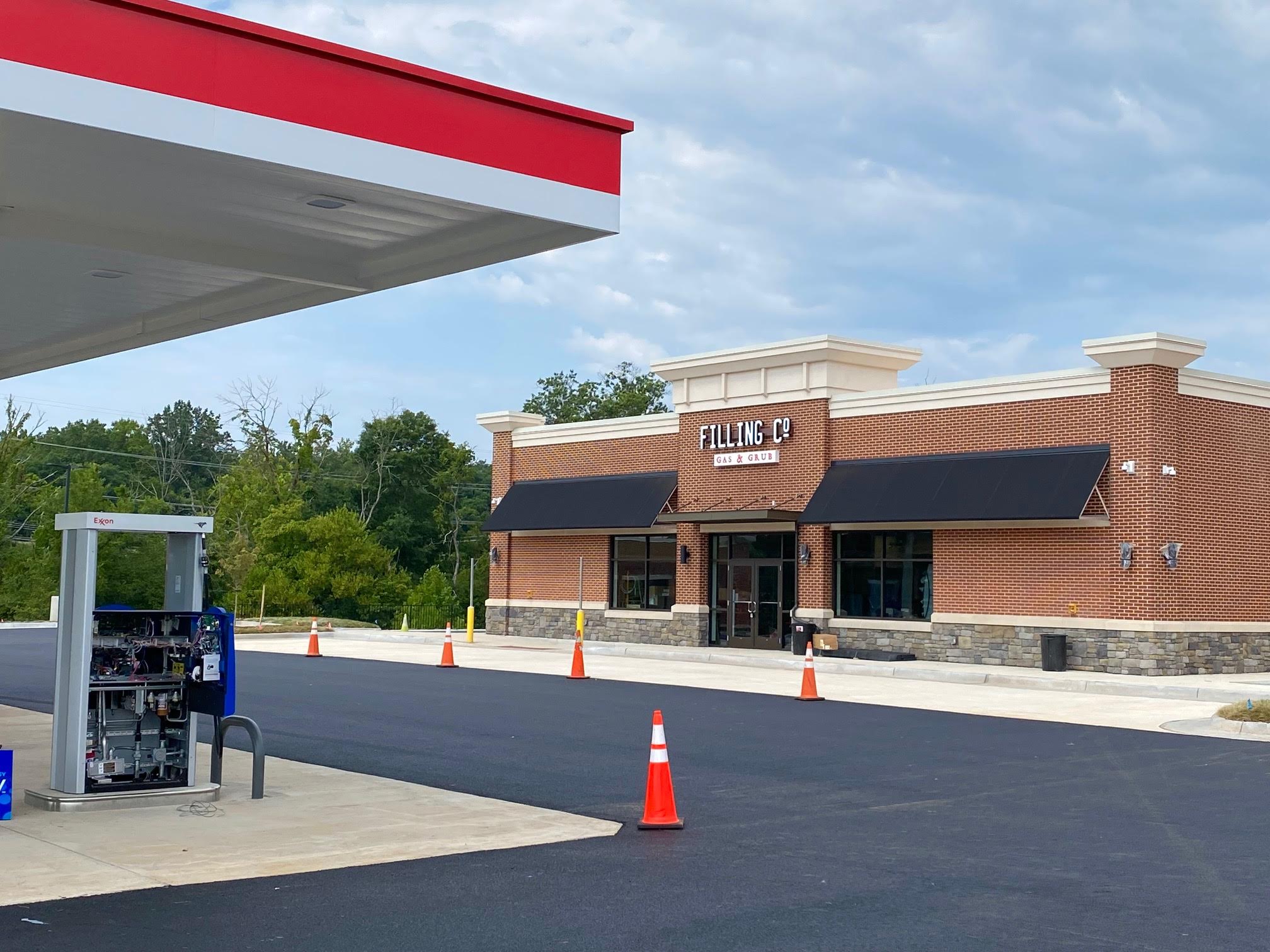 After waiting years for a gas station to be built in their fast-growing community, Brambleton residents will soon have a second gas station/convenience store to call their own. That’s because the new Filling Co. Gas & Grub is nearly finished and should be opening sometime next month.

The latest Filling Co. Gas & Grub is going up at the Brambleton Corner Plaza development. That’s at the intersection of Northstar Boulevard and Evergreen Mills Road. There is already a CVS store open in the center, and a Tropical Smoothie Cafe is coming in the future as well.

This is the second Filling Co. to open in the large neighborhood on Ashburn’s south side. The first one opened in June next to the Onelife Fitness in the Brambleton Town Center.

As regular readers of The Burn know, the Filling Co. brand is locally owned and operated by the Rubino family, the same family behind the Rubino’s Pizzeria restaurants in the area. There is also a Filling Co. location at the Ashbrook Marketplace shopping center in Ashburn near Route 7.

At the latest location in Brambleton, the sign has been mounted on the facade of the new store and the fuel stations have all been installed. The new station will carry the Exxon brand and also feature a car wash. While an official opening date hasn’t been announced, we’re told the target is the first or second week in September.