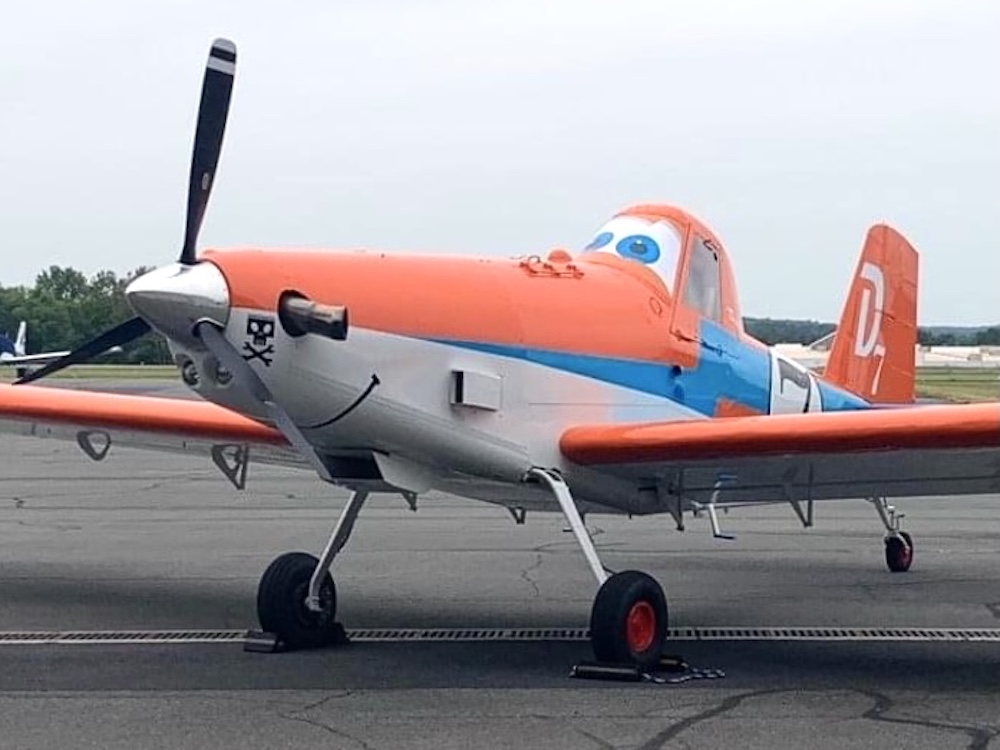 The Leesburg airport got a special visit Tuesday from a popular Disney cartoon character come to life. “Dusty Crophopper,” a plane from the Pixar movie “Planes” was seen rolling down the runway.

According to a social media post from the Town of Leesburg, Dusty was in town to celebrate the 100th anniversary of the start of agriculture aviation, when a propeller plane spread lead arsenate dust over catalpa trees to kill sphinx moth larvae back on August 3, 1921.

Believe it or not, the next stop for Dusty is the Smithsonian Air & Space Museum’s Udvar-Hazy Center by Dulles International. The Dusty-themed aircraft is actually an Air Tractor AT-301/400A owned by Rusty Lindeman of Rusty’s Flying Service in Texas. Lindeman, Disney and the Smithsonian reached an agreement for Dusty to be donated and put on display at the center.

The Dusty character was featured in two movies — “Planes” and the sequel “Planes: Fire & Rescue.” Dusty was voiced by comedian Dane Cook in the films.